The opposition boycotted the election and said the vote represents a "fraud." The poll, which was slammed by international observers, was marked by a low voter turnout of just 31%. 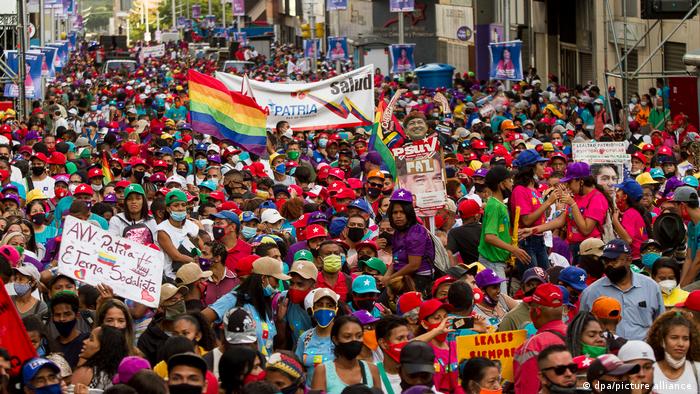 President Nicolas Maduro won total control over the country's legislature, the National Assembly (AN), and fully consolidated his regime's grip on power in the country following Sunday's parliamentary election.

Maduro's party claimed almost 68% of the vote, in an election which was mostly boycotted by the opposition. The National Assembly was the last institution in the country not yet headed by Maduro. The opposition, parts of which participated in the election despite the opposition's call for a boycott, received 18% of the vote.

International observers like the EU and the Organization of American States (OAS) refused to send observers to Sunday's election and said the conditions for a democratic process in Venezuela do not currently exist.

The EU on Monday said the election had "failed to comply with minimal international standards."

"This lack of respect for political pluralism and the disqualification and prosecution of opposition leaders do not allow the EU to recognize this electoral process as credible, inclusive or transparent, and its results as representative of the will of the Venezuelan people," EU foreign policy chief Josep Borrell said.

The country's opposition, led by the current AN president and Maduro foe Juan Guaido, said the vote represents "a fraud."

"The truth cannot be hidden," Guaido said in a videotaped message, noting the low voter turnout of just 31%. "The majority of Venezuela turned its back on the fraud that began months ago."

US Secretary of State Mike Pompeo slammed the legislative elections, calling the process a "sham" designed by Maduro.

"What's happening today is a fraud and a sham, not an election," Pompeo said on Twitter.

The White House National Security Council also called Sunday's vote fraudulent. "This election only serves to keep Maduro in power and does nothing to build a better future for the people of Venezuela," the council tweeted.

Despite US President Donald Trump's campaign of strict sanctions and high diplomatic pressure, Maduro has remained in power, backed by the country's military and supported by Russia, Cuba, China and Iran. 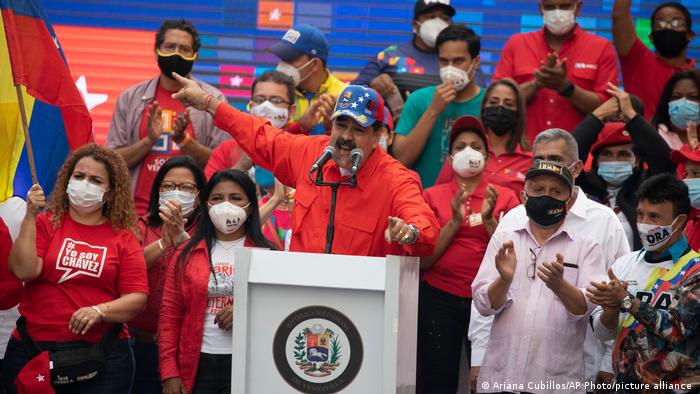 Maduro has actively campaigned and held rallies, despite the coronavirus pandemic

More than 20 million Venezuelans were eligible to vote in the country, which has been beset by deep political and economic crises.

The election comes amid a global pandemic, chronic shortages of gas, basic food and medical supplies. Some5 million Venezuelans have fled the country in a wave of migration second in size only to that of war-torn Syria.

The International Monetary Fund has projected a 25% decline this year in Venezuela's GDP, while hyperinflation has consumed its currency, the bolivar. 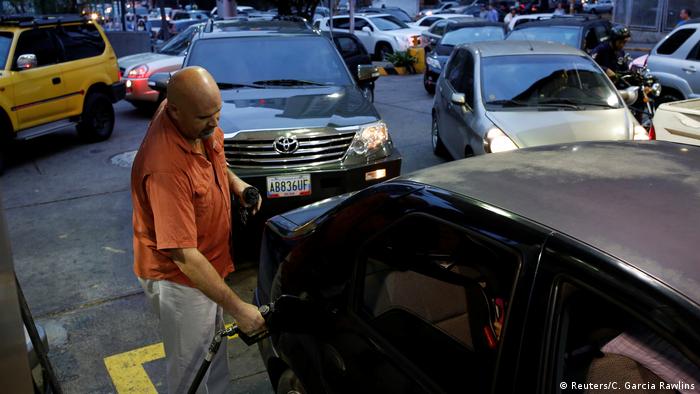 A five-year struggle for the legislature

Sunday's vote brought a power struggle between the opposition and Venezuela's ruling PSUV to an end. The AN was the last source of power for the opposition, in a country where all institutions are controlled or influenced by Maduro.

The opposition gained control over the AN in 2015, when it won by a landslide. But the triumph was short-lived, as pro-government courts stripped the legislature of power and allowed for the creation of a parallel and all-powerful legislative body known as the National Constituent Assembly (ANC).

An election that was seen as compromised filled the ANC with PSUV and Maduro loyalists. This set the stage for the ongoing power struggle between Guaido and Maduro, after Guaido declared himself acting president of Venezuela in 2019, a decision he based on constitutional powers granted to him as chief of the AN.

Despite having obtained the backing of the United States and more than 50 other nations around the world, Guaido's interim presidency and parallel government have not been successful at dislodging Maduro from power or persuading the army to switch sides.

After several high-profile pushes for mass mobilization and a failed coup attempt, cracks began to show and Guaido's government found itself entrenched in a corruption scandal. 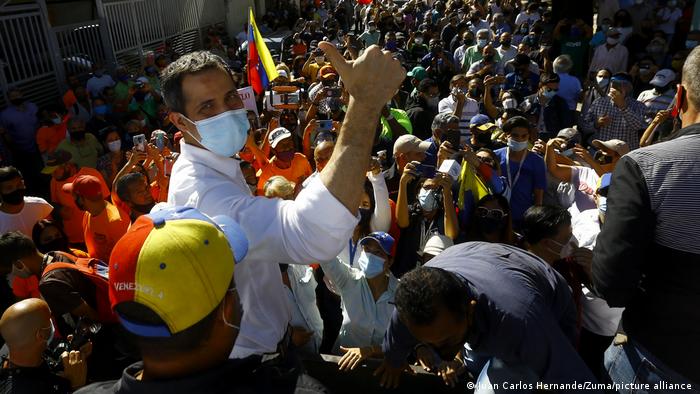 Ultimately, the Maduro-controlled Supreme Court suspended the leadership of three of Venezuela's opposition parties and appointed new leaders, who were accused of conspiring to support Maduro.

The opposition further fractured over Sunday's election, as a small faction has pledged to participate in the vote.

Guaido has planned a week-long plebiscite, starting Monday, to rebuke the new congress and seeking public support to prolong the mandate of the current AN under his leadership until "free, verifiable and transparent" elections can be held.

Venezuelan President Nicolas Maduro has pardoned more than 100 political opponents ahead of December's parliamentary election. Dissidents will boycott the vote so as not to give the ruling party the sheen of legitimacy.