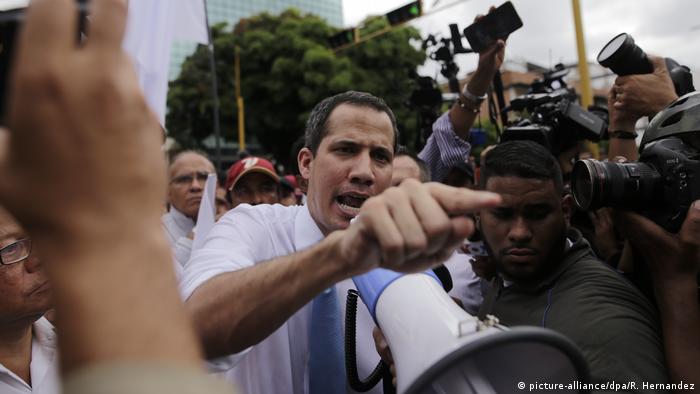 The declaration comes after the Venezuelan Supreme Court's decision to confirm Luis Parra, an ally of President Nicolas Maduro, as the head of the legislature last month.

However, the EU has grave concerns over the fairness of proceedings and "considers that the voting session that led to the 'election' of Luis Parra was not legitimate," EU Foreign Affairs chief Josep Borrell said in a statement.

Guaido was elected parliament speaker in January of last year and was subsequently recognized by some 50 countries as Venezuela's interim president.

However, he has thus far failed to usurp military-backed Maduro, and in January 2020, Parra was elected president of parliament in an official but disputed vote, while opposition lawmakers elected Guaido.

"The EU continues to fully support Juan Guaido as president of the National Assembly," Borrell said.

And the EU said that the "latest developments have further deepened the long-lasting institutional and political crisis in Venezuela and reduced the democratic and constitutional space in the country."

President Nicolas Maduro's party won several governor posts in regional elections, with observers from the European Union having overseen the election campaign for the first time in 15 years.