President Nicolas Maduro is locked in a power struggle with the opposition in Venezuela as the death toll mounts and the country's economy continues to deteriorate. DW gives an overview of the conflict. 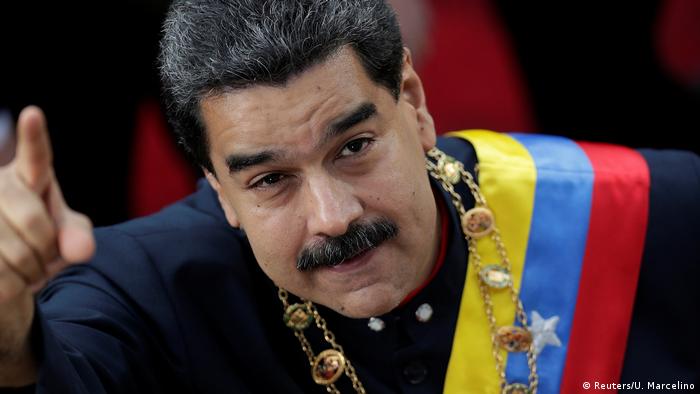 The South American nation of Venezuela once had great hopes for the future, with its crude oil reserves surpassing even those of the world's top oil exporter Saudi Arabia. Instead of the promised riches, the 35-million-strong country now struggles with violence and political chaos.

Venezuela faces deadly clashes between security forces and a massive protest movement aimed at ousting President Nicolas Maduro. The unpopular Maduro is backed by the military, the Supreme Court, and the newly established Constitutional Assembly, while the opposition wields the two-thirds majority in the largely sidelined parliament. With the death toll mounting in the impoverished country, several minor military groups have also turned against Maduro and urged their fellow soldiers to side with the opposition.

The crisis prompted US President Donald Trump to say that the US was considering military action in Venezuela "where the people are suffering and they're dying."

"We have many options for Venezuela including a possible military option if necessary," Trump said. 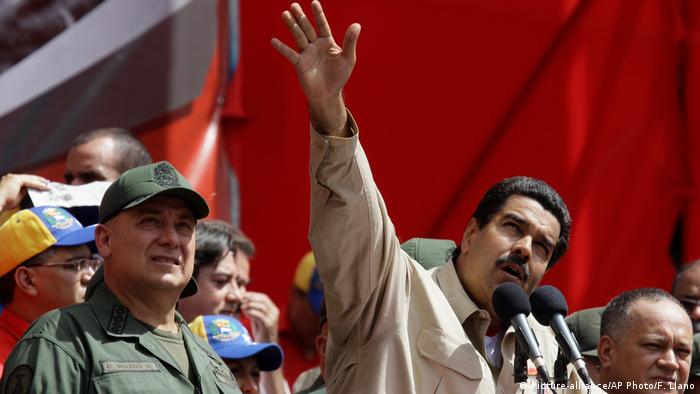 Maduro has remained defiant despite its low approval rating

Maduro, a former bus driver, succeeded the charismatic populist Hugo Chavez as the president of Venezuela in 2013. He previously served as vice president under Chavez, who personally endorsed him as his political heir before dying of cancer. After Chavez's death, Maduro ran for the ruling PSUV party and garnered 50.5 percent of the votes in the special election, rejecting his rivals' claims of voter fraud.

Maduro soon faced protests over raising inflation and the rapidly deteriorating economy. He responded by locking away political opponents and accused the US of plotting to overthrow him. The escalating crisis led to the opposition's MUD coalition routing the pro-government GPP group in the 2015 parliamentary election. 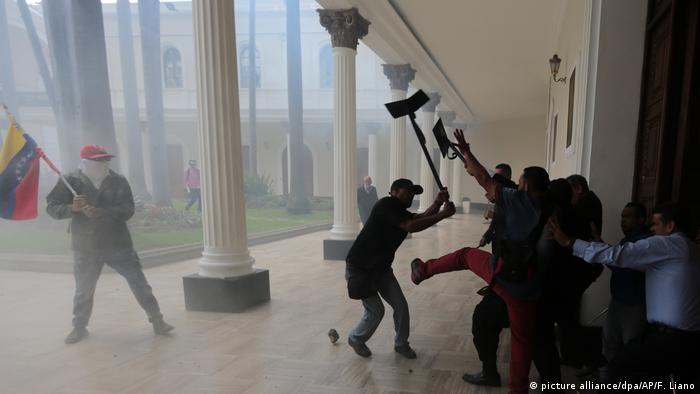 Soon after its election victory, the opposition launched a bid to recall Maduro from office in 2016. However, Venezuela's pro-government electoral council eventually suspended the referendum bid, accusing the opposition of cheating while gathering signatures.

In March 2017, the pro-Maduro Supreme Court assumed the legislative powers of the parliament, but reversed its decision after a widespread outcry. In May, Maduro announced his plans to create a constitutional assembly which would draw up a new constitution. Opposition denounced the move as a power grab. The administration managed to hold a vote for the new body in July and inaugurate the Constitutional Assembly in August, despite widespread claims of voter fraud and manipulation.

The chamber is stacked with Maduro supporters, and it quickly passed a decree giving itself wide-ranging powers.

Meanwhile, Venezuela's inflation continues to climb and the country faces shortages for food, energy, and basic medicine, fueling the anti-government protests. The looting and riots have prompted the Maduro regime to declare a state of emergency.

Over 120 people have been killed since the latest anti-government protests erupted in April 2017.

Throughout the crisis, Maduro repeatedly insisted that he was fighting a US-backed conspiracy against the socialist revolution of his late mentor Chavez. He also accused Washington of driving down the price of oil, prompting the economical downfall in the oil-rich Venezuela. Observers believe that the regime could use Trump's comments on possible military action as proof that they are being threatened from abroad.

Venezuelan Defense Minister Vladimri Padrino slammed the threat as "an act of craziness."