Venezuela is flush with oil, but strapped for cash. Empty store shelves and hospitals short on medicine have driven its people to desperation. DW outlines five key points to understanding the oil-based crisis.

An economic system aimed at freeing Venezuelans from poverty and a corrupt government is now starving them.

Food subsidies, higher education enrolment and access to healthcare were touted by long-time leader Hugo Chavez as evidence that his socialist revolution was a success. However, Chavez' time in office from 1998 to 2013 also launched two developments that lie at the root of Venezuela's current economic crisis: the expropriation of the oil industry in the name of nationalization and the expansion of import-based goods.

Nicolas Maduro, his handpicked successor, continued this trend when he took office in 2013.

- How will the military react?

- Opposition leader Capriles: The government is promoting the violence

- Venezuela 'coup' slammed across the world

Venezuela is facing the worst economic crisis in its history and the lowest oil production - only 2.5 million barrels a day - in 23 years. Here's a look at five key points to understanding what went wrong. 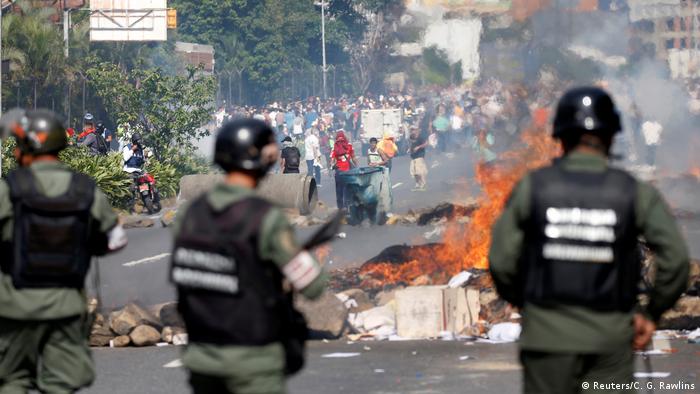 1. How Venezuela can be oil rich, but cash poor

A lack of economic diversification lies behind Venezuela's economic woes.

Even though oil does not automatically equal cold, hard cash, the Venezuelan government has spent its money as if it did. A lack of transparency complicates determining exact figures on spending. What is clear, however, is that Chavez put black gold at the center of his economy: over 90 percent of Venezuela's exports and roughly half of the government's revenue come from oil.

When oil plummeted from $115 (107 euros) a barrel in 2014 to nearly half that, Venezuela's GDP shrank by 10 percent. The cost of a barrel of oil has been hovering around $50 since last year. 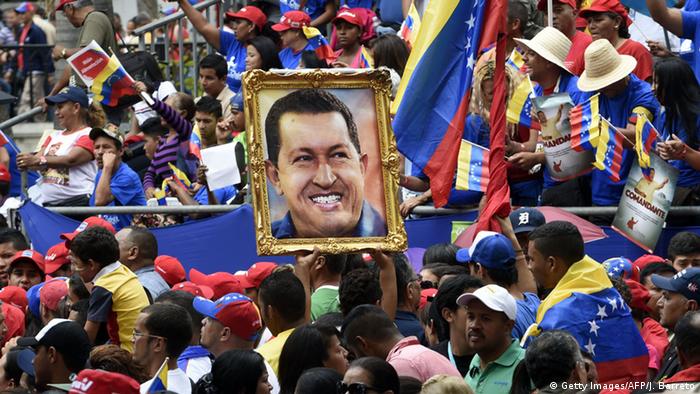 The legacy of Hugo Chavez is controversial. Supporters revere the political revolutionary. But critics attribute him with disasterous economic policies at the root of today's multiple crises

2. Oil without expertise is worthless

Oil prices don't tell the whole story. Chavez's approach to profiting from oil - which has been worsened by his successor - can be summed up by one word: mismanagement.

Petróleos de Venezuela (PDVSA), Venezuela's state-run oil company, staged a strike in 2002 after a coup failed to remove Chavez from power. In return, he fired roughly 18,000 of its personnel. The move marked the beginning of an intrusive approach to running state oil.

Opinion: A coup in Venezuela

In 2006, Chavez began another dangerous trend: minimizing investments in infrastructure and maximizing control of oil fields. Production declined without cutting-edge technology from foreign companies, not to mention supplies, like natural gas injections to extract oil. 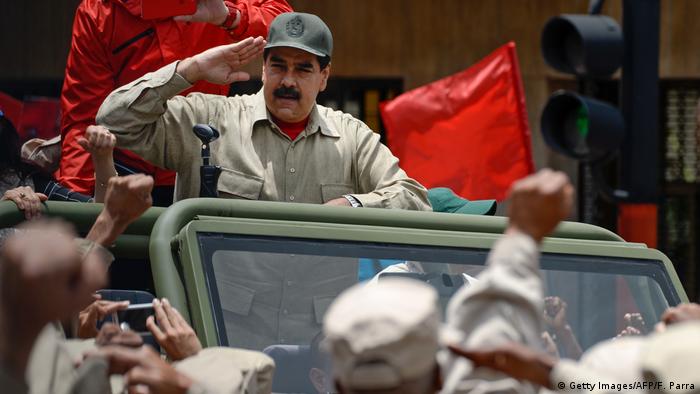 President Maduro took office after Chavez's death in 2013. His government has circumvented an opposition-controlled legislative branch by issuing decrees

The PDVSA has a backlog of cleaning bills it can't pay. According to a recent Reuters report, the wait for some tankers lasts up to two months.

Scrub-downs aside, the ever-increasing likelihood of a Russian shake-down has given PDVSA even more cause for concern. In October, Russian state-owned shipping conglomerate Sovcomflot, which provides 15 percent of Venezuela's tankers, refused to release a vessel with Venezuelan oil over outstanding shipping fees. The bill: $30 million.

Venezuela owes money across the world as it defaults on payments for new tankers in Iran and shipyards in Portugal. Reports that PDVSA missed a $404-million payment in November - on bonds maturing in 2021, 2024 and 2035 - have further worried investors. The company denied the reports, attributing the delay to a technical issue. 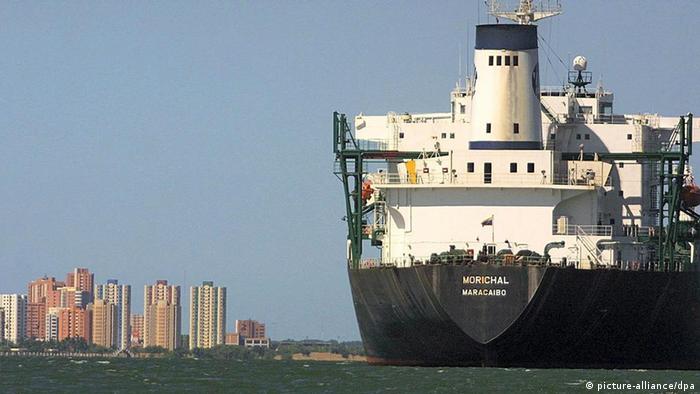 This archive picture from 2002 shows an oil tanker in Maracaibo, Venezuela during the strike against Chavez. In the years since, Venezuela has failed to modernize its oil delivery system

The biggest concern right now is that Venezuela will default on sovereign debt.

Moody's changed the outlook for Venezuela in 2016 from stable to negative in light of the "high probability" of a default.

International banks have long kept their distance from Caracas, which has imposed currency controls that require businesses to buy their money not through private banks, but through the government.

In 2014, Venezuela borrowed nearly $50 billion from China and an estimated $5 billion from Russia when oil prices were more favorable. The deal was to pay back creditors in oil and fuel. A Reuters report in January, citing internal documents, said that shipments were delayed by up to 10 months.

Unable to extract more oil, much less ship it quickly, PDVSA has few options to increase its cash flow - making a sovereign debt crisis for the oil-dependent country more likely. 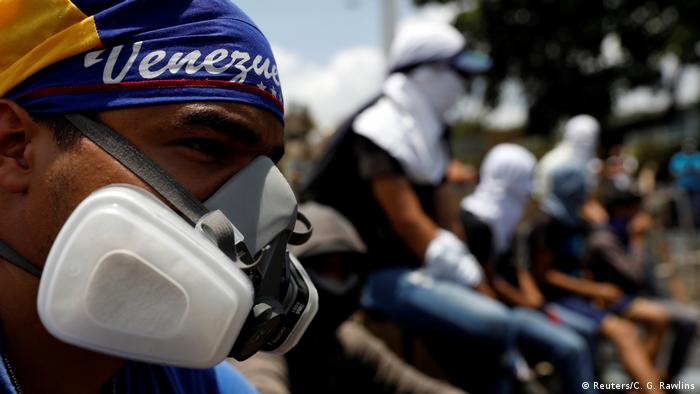 Multiple crises and an undiversified economy have pushed Venezuelans to their limit. Tear gas or water cannon awaiting them, they refuse to back down

5. How this crisis could spill into the US

A name heard often in connection with Venezuela's crisis is Citgo. PDVSA bought the Houston-based refiner in the 1980s.

In late 2016, Venezuela's state-oil company used nearly half of its shares in Citgo as collateral for loans it received from Russian-company Rosneft.

Although financial experts have questioned the likelihood of Russia taking over Citgo if PDVSA defaulted on the loan, US lawmakers aren't so sure. In April, Republican and Democratic lawmakers in Washington warned President Donald Trump of the unusual business dealings. According to their letter, Russian involvement in the Houston-based company could pose a problem to US national security.

Read: Venezuela's appeal to UN an 'admission of inability'

The only silver-lining of Venezuela's political crisis is the prospect of snap elections. Opposition-led demonstrations might strain Maduro enough to leave office before 2019. Signs of a political shift toward economic diversification and a willingness to open its markets to foreign companies could bolster market confidence - and save Venezuela from drowning in its own oil.