Capriles: 'The government is promoting the violence'

Two more people have died in protests against the government of Nicolas Maduro. Venezuela's opposition leader Henrique Capriles explains to DW why it's the government's responsibility to end the conflict. 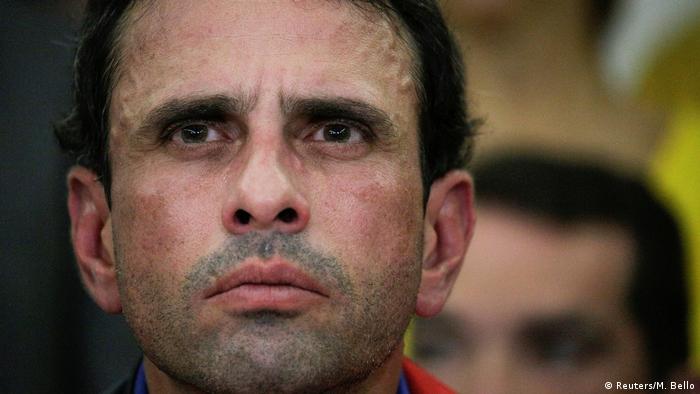 DW: The confrontation between government and opposition in Venezuela is continuing, with no sign of reconciliation. The power struggle is increasingly taking place on the street, and it's now claimed another two victims, including a 14-year-old boy who was shot and killed. How can the spiral of violence in Venezuela be stopped?

Henrique Capriles:We Venezuelans are not violent; I think the world has realized that. We are a peaceful people trying to escape this crisis by means that are written into the constitution. What will end the phase in which our country currently finds itself? Allowing free and democratic elections and respecting the constitution, to put a stop to this coup d'état that's being staged and controlled by Maduro together with the Supreme Court.

What is the limit of the violence the opposition is prepared to endure? 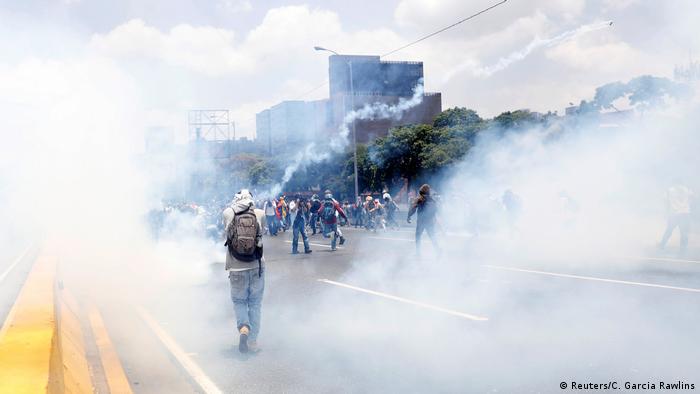 Protesters have clashed with police during anti-Maduro rallies in Caracas

What role should the international community play?

We've now heard a clear position from the international community for the first time. This explicitly calls on Maduro to respect the constitution. There's been a breach of the constitutional order, which must be reinstated. This is the position Germany and the European Union have taken. Just recently, it was announced that my political rights were being revoked for 15 years. The European Union and Germany responded to this, too.

What political scope do you still have now that your political rights have been withdrawn?

I don't recognize this decision. Of course I will fight for it to be rescinded. Maduro believes that by doing this he can prevent me from standing as a candidate and becoming president. He believes that when they decide to call an election, he can choose who gets to stand. He believes he can choose his opposition. That is absolutely unacceptable to the Venezuelan people.

Henrique Capriles Radonski is regarded as the opposition's most promising candidate for the coming elections in 2018. The Venezuelan politician is currently governor of the federal state of Miranda. Last week the government withdrew his right to hold public office for 15 years. What effect this has on his post as governor remains unclear.

The interview was conducted by Ana Plasencia

Police fired tear gas and rubber bullets at demonstrators in Venezuela's capital and other cities a day after Henrique Capriles had been given a 15-year-ban from running for office. State-controlled media stayed mute. (09.04.2017)