Opposition lawmakers have lambasted moves by the new constituent assembly to oust the legislature. But the assembly's president said they're moving into the legislative palace by "complying with laws of the republic." 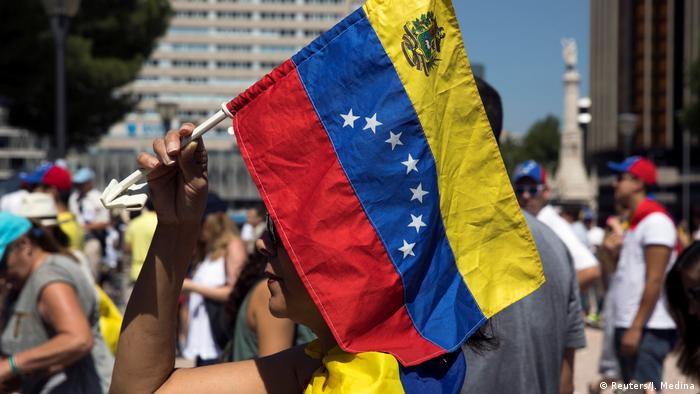 Venezuela's newly-established constituent assembly on Tuesday approved a decree that obliges other government bodies to recognize its wide-ranging powers and adhere to its decisions.

The order also prohibits the opposition-held National Assembly and other government bodies from taking any action that would interfere with the constituent assembly's laws. 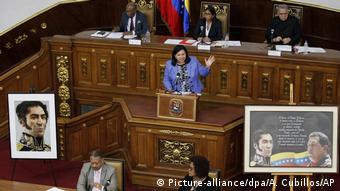 The decree comes amid growing fears the all-powerful constituent assembly will undermine the legislature and judiciary.

On Monday, the National Assembly voted unanimously not to recognize the constituent assembly's decrees. Meanwhile, foreign governments and international bodies have refused to recognize the pro-government body.

Read more: Is Cuba really pulling the strings in Venezuela?

Earlier Tuesday, Venezuelan security forces blocked opposition lawmakers from convening the National Assembly in the federal legislative palace. Instead, the constituent assembly gathered in the palace's main chamber in an apparent affront to the legislature's legitimacy.

Delcy Rodriguez, the constituent assembly's president, said the takeover of the congressional chamber was an act "complying with norms and laws of the republic, which for the majority of Venezuelans should be something normal."

However, opposition lawmakers voiced criticism of the move, saying it marks another attempt by Maduro's government to circumvent the opposition-held legislature.

"This government invades the spaces that it is not capable of legitimately winning," said assembly majority leader and opposition lawmaker Stalin Gonzalez in a tweet.

Since anti-government protests erupted in April, more than 100 people have been killed and hundreds more injured or detained.

Maduro has attempted to quell the demonstrations and rally support by blaming a US-led conspiracy to oust him.

Unlike his predecessor Hugo Chavez, Maduro has seen his support nosedive amid chronic shortages of food, medicine and other basic goods.