World leaders are gathering in Japan for what is expected to be a highly divisive G20 summit. Tensions over Iran and the long-running trade war between China and the US loom large over this year's meeting. 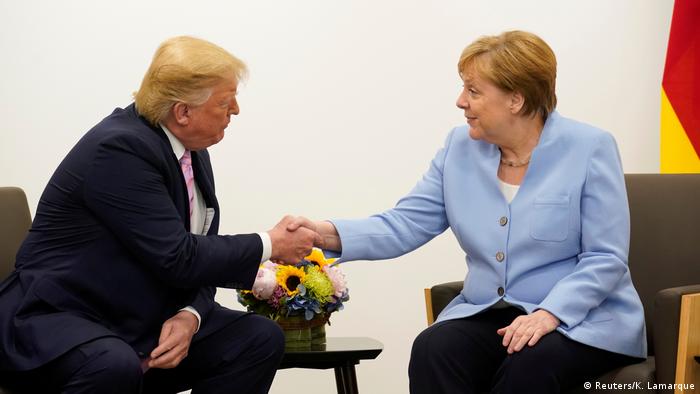 The G20 summit opened Friday in the western Japanese city of Osaka, with geopolitical tensions and trade set to dominate talks.

The high-stakes meeting of leaders of the world's largest economies runs for two days.

US President Donald Trump met with the host, Japanese Prime Minister Shinzo Abe, before holding bilateral talks with German Chancellor Angela Merkel. Speaking to reporters, he praised trade ties between the two countries and described Merkel as "a great friend of mine."

The chancellor said she also planned to raise the issues of Iran and counterterrorism with Trump.

Merkel arrived in Osaka early Friday, a day after suffering an episode of shaking that had led to questions about her health.

The US president also met with Indian Prime Minister Narendra Modi and Russian President Vladimir Putin. He was later due to sit down with Turkish President Recep Tayyip Erdogan.

Ahead of his meeting with Putin, Trump spoke of their "very, very good relationship," adding that it was "a great honor" to be with him. The two leaders last held face-to-face talks in Helsinki in July.

When a reporter in Osaka asked Trump, "Will you tell Russia not to meddle in the 2020 election?" he turned to Putin with a smile and said "Don't meddle in the election." 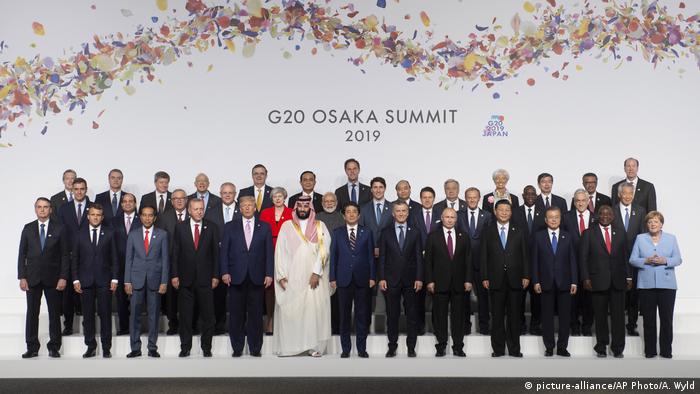 World leaders are meeting in Osaka for the 2019 G20 Summit

One of the most anticipated events of the summit is the planned meeting between Trump and Chinese President Xi Jinping on Saturday.

The two countries are locked in a damaging trade war, and many leaders will be eagerly watching to see if they can manage to strike an agreement to end hostilities. The last time Trump and Xi met face to face was at the G20 summit in Buenos Aires in December.

Read more: US and China 'under pressure' to find tariffs compromise at G20

Spiraling tensions between Washington and Tehran have sparked fears of a new war breaking out in the Middle East.

The US has accused Iran of attacking six oil tankers in recent weeks, which Tehran denies. Last week Iran shot down a US drone it said was flying over its territory, but the US said it was in international airspace. Trump then ordered a retaliatory strike before calling it off at the last minute.

World leaders, including Germany's Merkel, have urged the two countries to resolve the row peacefully. Trump said Friday in Japan that there was "no rush" to end the conflict.

French President Emmanuel Macron said he would ask the US president to consider suspending some sanctions on Iran: "I want to convince Trump that it is in his interest to reopen a negotiation process [and] go back on certain sanctions to give negotiations a chance."

Climate change is expected to be another contentious item on the agenda.

France will be pushing for strong commitments to limit carbon emissions to be part of the joint final statement from G20 leaders. The US is unlikely to agree to strong language on global warming, given that Trump last year pulled his country out of the 2015 Paris climate agreement.

The war in Ukraine has triggered a struggle for power and influence. Russia and China are challenging the existing world order. Western democracies are seeking to counter this and are looking for allies.