US President Donald Trump announced the US will send upward of 1,000 troops to Poland. The plan was light on details, but Trump said he knew where the forces would come from: Germany. Berlin's reaction is mixed. 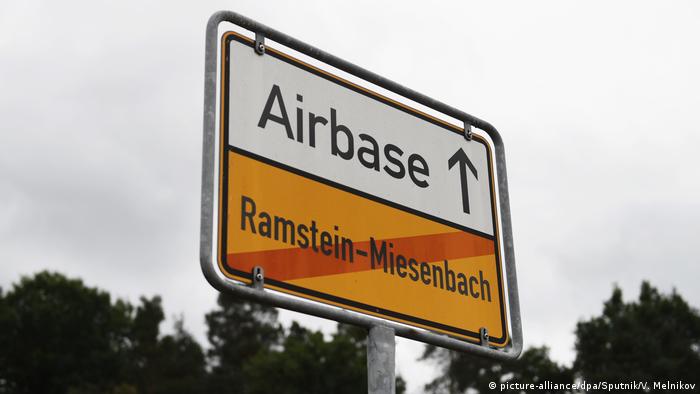 Polish officials had been lobbying the Trump administration for a permanent US troop presence in their country. What they got was a more vague outline "affirming the significant defense cooperation between our nations," as US President Donald Trump said at Wednesday's press conference at the White House with Polish President Andrzej Duda.

In Germany, the size of the envisioned US force — about 1,000 troops that, Trump said, Poland would pay for — received less attention than the apparent source of the force. Rather than deploy fresh boots, they would be moved out of Germany, where the US military maintains about 35,000 troops.

The German contingent is the US military's largest noncombat deployment abroad after Japan, and it forms the basis of Germany's postwar defense policy. In making the troop offer to Poland, Trump appears to be calling that policy assumption into question once again. That has led many German defense and foreign policy experts to do the same. 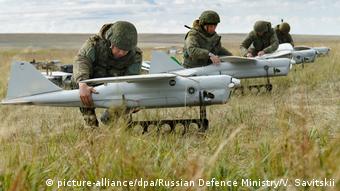 Russia's recent military maneuvers — including the Vostok 2018, seen here — have made several of its neighbors nervous

"For Germany's own sake, we need to finally — in a significant and permanent way that reflects our global commitments — increase defense spending," Roderich Kiesewetter, foreign policy expert for Chancellor Angela Merkel's Christian Democrats (CDU), told DW. "This has nothing to do with the American president, but with our responsibilities to our soldiers and Europe, and credible burden sharing."

Voices from elsewhere on the political spectrum agree. "Making the military ready for the future is a question of solidarity with our EU and NATO partners," wrote Green party lawmakers Tobias Lindner and Cem Özdemir in an editorial for the German daily Frankfurter Allgemeine Zeitung. Their party has historically fallen in with the peace and disarmament camps, but the Green colleagues wrote that their long-term goal of a European army would "remove national blinders."

The Greens' position is more visible than ever, given that the party came in second among German parties in the recent European Parliament elections, and just last week a study revealed them leading all German parties in national polling, including Merkel's ruling CDU.

However, the Green lawmakers underlined that they are against "abstract spending goals," which is how they characterize the 2014 agreement among NATO members to boost national defense spending to 2% of respective GDP by 2024.

Germany is a long way from getting there, a fact that Trump has often and openly criticized. By contrast, he holds up Poland — which has made good on the spending pledge — as a model NATO member. The suggestion of moving troops out of Germany in favor of Poland fits neatly with his frequent lecturing the former and complimenting the latter.

Details of such a move are far from set in stone, however, and the US has already been rotating about 8,000 troops to Poland and other eastern European countries since 2014, as part of a bulking up of NATO defenses along its border with Russia — the alliance's response to Russian military action in Crimea and eastern Ukraine.

"There's no further information about this. The [US] president himself has yet to make clear if this is about a permanent troop deployment, so we will follow this closely," German Foreign Minister Heiko Maas said at a press conference in Berlin on Thursday. "But no, I couldn't call this something new or something that needs to be considered new."

At least officially, the US military itself sees it the same way. Reached for comment, a spokesperson for the US Department of Defense told DW: "The department has not made any decisions on the locations from which these additional units and personnel will be drawn to deploy to Poland. We're still early in the process of refining operational and infrastructure requirements."

Finland's GPS signal was disrupted during NATO's recent military drills and Russia may have been the culprit, according to Finland's prime minister. The apparent jamming also affected air traffic in Norway. (11.11.2018)

Poland supports US withdrawal from INF

In the wake of US President Donald Trump’s decision to withdraw from the INF, Poland has said US medium-range missiles are welcome on its soil. President Andrzej Duda blames Russia for the end of the treaty. (25.10.2018)