The far-right′s push to enter the German judicial system | Germany | News and in-depth reporting from Berlin and beyond | DW | 09.03.2018

With thousands of "lay judge" positions needing to be filled by next year, far-right groups are calling on their members to apply and "ensure justice" is done. Despite concerns, officials say there's no cause for alarm. 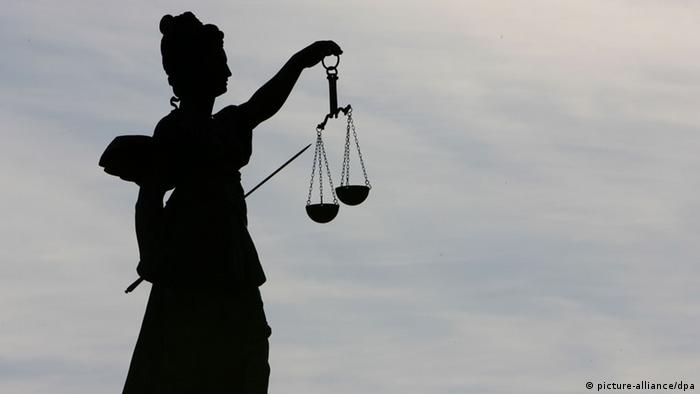 Long critical of Germany's judicial system, far-right groups are eyeing their chance to enact change in what they view as a broken and lenient criminal court system.

The populist Alternative for Germany (AfD), the anti-Muslim protest group PEGIDA, and the right-wing extremist National Democratic Party (NPD) have put out calls in recent weeks for their members and supporters to apply to be Schöffen, or volunteer lay judges, in Germany's criminal courts.

Any German citizen aged 25 to 69 can apply to be one of Germany's 60,000 "judges without robes" in criminal cases that carry a prison sentence of two to four years.

If selected, they serve a five-year-term starting in 2019 and sit on the bench alongside another volunteer judge and at least one other professional judge. For around 12 days a year, these lay judges help their professional counterparts hand down verdicts and sentences in criminal cases.

Their votes have the same weight as the professional judges' vote and a two-thirds majority is needed to rule negatively against a defendant.

In lieu of a jury system like the one in the United States, the lay judges in Germany are a way to involve ordinary citizens with diverse professional backgrounds and opinions to contribute to the judicial decision-making process — and to avoid the time-consuming process of forming a jury for every trial. This openness, however, is something far-right groups are hoping to capitalize on.

Taking on 'migrant violence' in courts

In mid-February, Dresden-based PEGIDA ("Patriotic Europeans Against the Islamization of the West") put out a call to its followers "to get involved" by applying for the volunteer judge posts. The protest group's founder Lutz Bachmann doubled down on the push for applications.

Taking aim at Ursula Sens, the chairwoman for the North Rhine-Westphalia state branch of the German Association for Lay Judges (DVS) who spoke with German newspaper Rheinische Post about the far-right campaigns, Bachmann accused her of left-wing bias.

"Sens wants to sort out lay-judge applicants based on beliefs. Of course all those who have left-wing terrorist, leftist autonomous, or left-wing extremist beliefs are likely welcome to her. But for heaven's sake, no conservatives, right?" he wrote on Facebook. 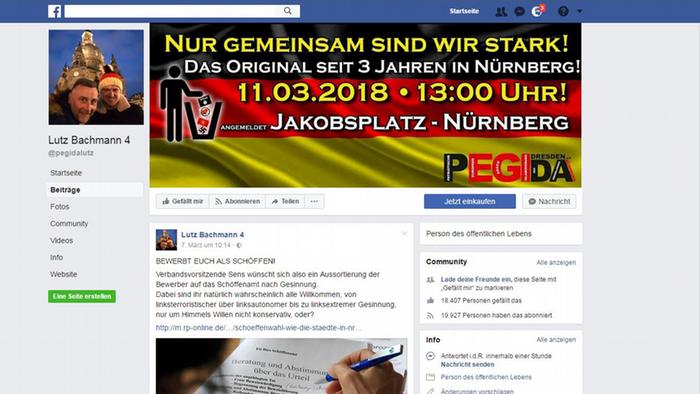 The NPD's deputy leader Ronny Zasowk released a statement that circulated on Facebook, Twitter and YouTube urging for people to apply in order to combat "rising migrant violence."

"In light of the rising crime rates, especially from young migrants in Cottbus, it is necessary that the lay judges make their decisions according to strict adherence to the current legal situation, but not for reasons of 'political correctness,'" Zasowk wrote in a statement.

The eastern German city of Cottbus has seen dueling protests from pro- and anti-migrant demonstrators in recent weeks following a spate of violence between locals and refugees.

With far-right groups urging in veiled — and not-so-veiled terms — for its members to exact justice in line with right-wing beliefs, what are authorities doing?

"This is nothing spectacular," DVS head Andreas Höhne told DW. Far right groups have carried out similar campaigns "for the last two terms," but he doesn't believe they've actually impacted the judicial system.

For Höhne, the safety in the system lies in its complexity — and multi-layered bureaucracy. On the road to appointment, municipalities first comb the individual applications and candidate suggestions gathered from local "trusted" organizations, businesses or unions.

If no candidate raises concerns — that they're not the right age, have been previously convicted, or work in law enforcement — the list is then made available to the public for 10 days. Fellow citizens can then send in comments on candidates. Afterwards, the list moves on to a court committee who whittles it down and makes the final call.

Read more: Why the German judiciary is overwhelmed and short-staffed 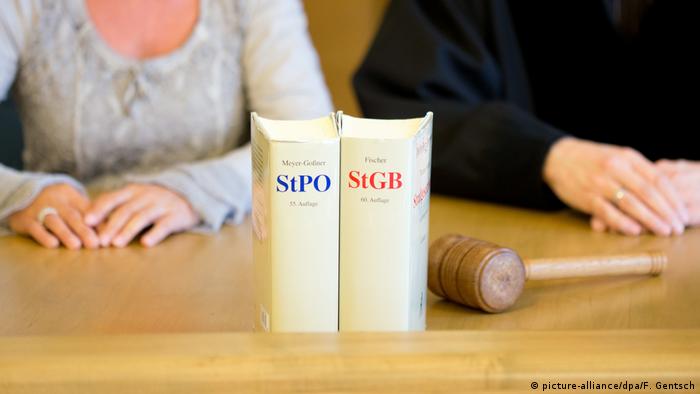 Germany's "judges without robes" are always paired with a professional judge and one other lay judge, but all their votes carry the same weight

Despite the multi-layered appointment process, many of the controls are only surface-level.

Municipal officials and the court committee do not invite the candidates for interviews. Candidates aren't asked about their political leanings and their social media profiles aren't checked either.

When asked whether changes to that effect would help close loopholes in the appointment system, Höhne told DW: "I don't think that it would be right to do so."

"The municipalities have to know who their lay judges are," he emphasized.

There have been recent cases where lay judges have been found out to be NPD members or Reichsbürger, people who don't believe in the legitimacy of the German state and reject the German constitution.

If all else fails, and someone who holds either left or right-wing extremist beliefs gets called to be a lay judge, the DVS says the legal system itself should be enough to make sure that person gets found out.

If a lay judge attempts to rule too leniently or inordinately advocates for the harshest possible punishment according to the law, "every professional judge, every prosecutor, they will notice," Höhn said. "There's no room for maneuver."