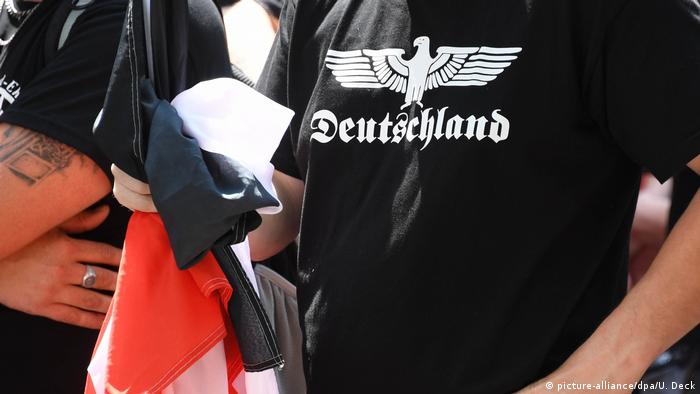 The AfD is proud of its achievement of having become Germany's most successful hard-right nationalist political party since the Second World War. That's because many others have tried to sweep up some of Germany's conservative middle class voters - but few have managed to ditch the tinge of extremism that has driven others away.

Nevertheless, over the past year, the party that was once a collection of rather aridöy conservative Euroskeptic academics has transformed, under the leadership of Frauke Petry, into a formidable populist right-wing force on a platform of anti-Islamization and climate denial, and has carved out an apparently long-term place for itself among Germany's main opposition parties: the Greens and the socialist Left.

The party is now represented in all 13 state parliaments that have held elections since the AfD was founded in 2013, and looks certain to gain representatives in the Bundestag in Germany's general election in September. 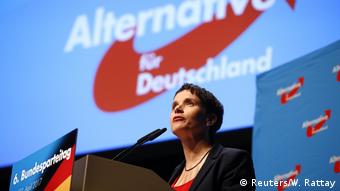 Germany's oldest surviving far-right nationalist party, founded in 1964, is also the most ailing. Having lost many voters to the insurgent populism of the AfD in the past three years, it is no longer represented in any German state parliaments. On top of that, the NPD has had to survive two determined attempts by the political establishment to ban it on the grounds that its aims represent an attack on the German constitution and therefore the German state.

At the most recent attempt, in January this year, the Constitutional Court ruled that though the NPD was indeed anti-constitutional, it did not have the political weight to pose a serious threat to German democracy.

Despite this defeat, German political leaders took heart from the wording in the court's verdict, and announced that it would use the argument to try and deny federal funding to any parties deemed anti-constitutional. If this is successful, it is likely to prove a serious blow to a party that has often struggled financially in the past. 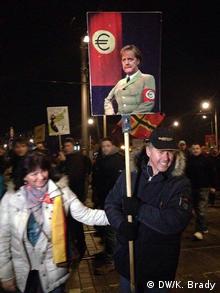 PEGIDA began as a series of Monday-night marches in Dresden in late 2014 and gathered serious momentum in early 2015, when the demos attracted some 20,000 protesters every week - plus international media attention and so many counter-demonstrators that the events occasionally turned ugly. Since then, the movement has dissipated somewhat, and its one-time chief organizer, a former petty criminal named Lutz Bachmann, has moved to Tenerife - though he still makes appearances at the demo.

PEGIDA stands for "Patriotische Europäer Gegen die Islamisierung des Abendlandes" or "Patriotic Europeans Against the Islamization of the West," and associated protests sprang up in several cities around Germany - "Bärgida" in Berlin, "Wügida" in Würzburg, "Bogida" in Bonn, and "Dügida" in Düsseldorf. Some of these still march every Monday, though their numbers are often in the dozens.

Though Bachmann occasionally flirted with the idea of forming a political party, the group has no official organization and has attracted extremely disparate protesters in its short history - including elderly eastern Germans disgruntled about economic stagnations to potentially violent neo-Nazis. Because of the latter, the AfD has occasionally tried to distance itself from PEGIDA, though it is clear that many PEGIDA marchers are also AfD voters, and PEGIDA is often considered the "extra-parliamentary opposition," while the AfD is the official political opposition. 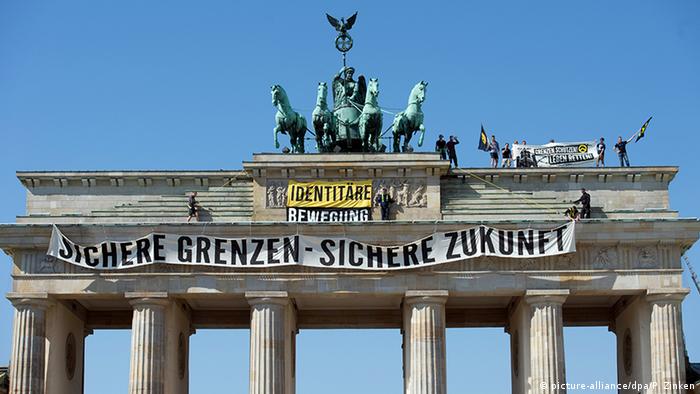 The Identitarians have staged some spectular stunts, but have few members

Membership: around 500 (their own claim - German domestic intelligence puts the number at 300)

The Identitarians are a pan-European movement of young nationalists that originated in France. It sees its main purpose in defending Europe's "identity" from Islamization, and uses the "lambda" symbol associated with the ancient Greek Spartan army.

Though in Germany it numbers just a few hundred members, Identitarians have garnered media attention in the past year through high profile activism - most famously scaling the Brandenburg Gate on August 27 last year (the German government's open day) to hang a banner on the iconic Berlin monument that read "Secure borders, secure future." The group has also staged sit-in protests at the headquarters of Angela Merkel's Christian Democratic Union (CDU), and in May, members of the group also attempted to storm the German Justice Ministry.

Such stunts have brought more attention from the authorities too, and the head of Germany's domestic intelligence agency, which keeps some Identitarians under surveillance, said earlier this year that the group had become "increasingly radicalized."

For their part, the Identitarians reject the label "far-right," and the charge of racism, preferring to describe themselves as a "meta-political project." They explicitly see themselves as a modern group, like the US "Alt Right." Unlike the NPD, for instance, Identitarians reject all association with the Third Reich or National Socialism. But observers of far-right movements point out that the group often uses the racist language - their definition of "identity," in fact, usually comes down ethnic-cultural distinctions.

Unlike the other movements on this list, the Reichsbürger are not an organized group in any sense - instead, the term is rather a self-description among some who would not necessarily consider themselves right-wing at all (though the vast majority of Reichsbürger would at least have right-wing sympathies).

Reichsbürger, or "Reich citizens," subscribe to a conspiracy theory that the Federal Republic of Germany, founded in 1949, is not a legitimate state at all, on the grounds that Germany never signed a peace agreement with the Allies, and that the German "Basic Law," requires a popular referendum to be transformed into a legitimate constitution.

These theories have been debunked, but that hasn't stopped some Reichsbürger from turning violent - in one case, a policeman was killed following a shoot out with a Reichsbürger in October 2016.

Hundreds of far-right protesters have turned out for a rally in the southwestern city of Karlsruhe. Anti right-wing groups have held counterdemonstrations in the same area. Police made some arrests. (03.06.2017)

One of Germany's biggest ever neo-Nazi trials has been suspended in Koblenz - because the judge is too old. Critics have called the decision a scandal for the judiciary and accused the defense of deliberate delays. (31.05.2017)