The far-right AfD in the Bundestag: What you need to know

Fot the first time in decades, a far-right party is represented in the German parliament. The Alternative for Germany is already in 14 state legislatures — so what can we expect from the AfD in Berlin? 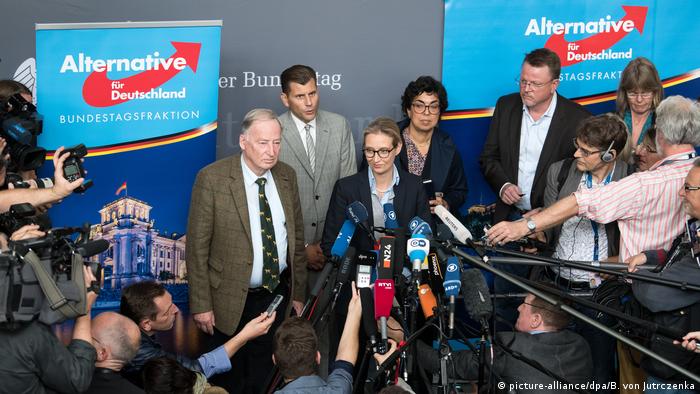 How will the Alternative for Germany (AfD) try to exploit its position in the Bundestag?

To state the obvious, the far-right AfD won't be able to get any legislation passed. Governing parties in Germany don't generally need to approve bills proposed by opposition parties, and they certainly won't make an exception for a party that includes right-wing extremists.  Instead, AfD members will utilize parliamentary queries and open Bundestag debates to steer discussions back to their core issues: refugees, law and order, and the supposed "Islamization" of Germany.

"The AfD's representation in the state parliaments expands the debate to include political positions that are clearly to the right of the CDU-CSU," Alexander Hensel of the Göttinger Institute for Democracy Research told DW, referencing the conservative alliance of Angela Merkel's Christian Democratic Union and its Bavarian sister party, the Christian Social Union. "For the parties in the Bundestag, it's a serious challenge that they will have to learn to deal with."

The AfD's strategy will encompass what Hensel calls "carefully staged violations of taboos," including outlandish statements about refugees, Muslims in Germany and German history. These will be aimed not at fellow members of the Bundestag, but at the public at large, particularly on the internet.

"Parliamentary sessions will be used to feed social media publicity with controversies and possibilities for escalation," Fedor Ruhose, an SPD leader in the state parliament of Rhineland-Palatinate, wrote in a position paper on dealing with the right-wing party. "AfD deputies tend to take a back seat in committees that aren't open to the public or attract very little media interest, or they don't attend the meetings at all."

If the next German government is a grand coalition between the conservative CDU/CSU and the Social Democrats, the AfD would be largest opposition party in the Bundestag, a status that brings with it certain privileges such as responding first to government declarations. But that doesn't mean the AfD would lead the opposition, especially as they don't enjoy cordial relations with any of the other parliamentary parties: the Free Democrats, the Left Party and the Greens.

How should the established parties react? 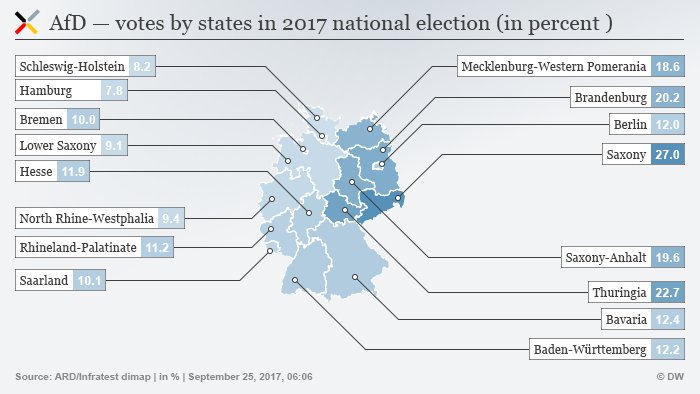 The AfD polled between 7.8 and 27 percent in Germany's federal states

Their task is to find a balance. Ruhose said there was widespread acknowledgment that, as a democratically elected party, the AfD should be granted conventional parliamentary privileges such as chairing committees and appointing a Bundestag vice president. He also cautioned against mocking or interrupting AfD speakers with questions, as this would extend the time that they are allowed to speak in parliament and might reinforce their image as political outsiders nobly battling against the establishment.

At the same time, Ruhose said it was important not to put up with everything that AfD deputies may say.

"There are also lines that can't be crossed," Ruhose said. "It has to be clearly communicated that the right-wing extremist part of the AfD that is now sitting in the Bundestag has no business in the political mainstream."

Expect to see far more deputies from all the political parties attending the general debates. In the battle to influence public perceptions, sheer numbers are important. "Our deputies will be sitting there," Ruhose told journalists in Berlin after a national SPD strategy meeting on October 17.

Who decides whether lines have been crossed?

That's the job of the president of the Bundestag, the veteran conservative Wolfgang Schäuble, and the vice-presidents, who are traditionally drawn from members of all the parties represented in parliament. These functionaries make sure that the Bundestag sticks to its agenda, and they can sanction members who disrupt the proceedings. Punishments range from being called to order to being banned from parliamentary discussions for a set period of time. 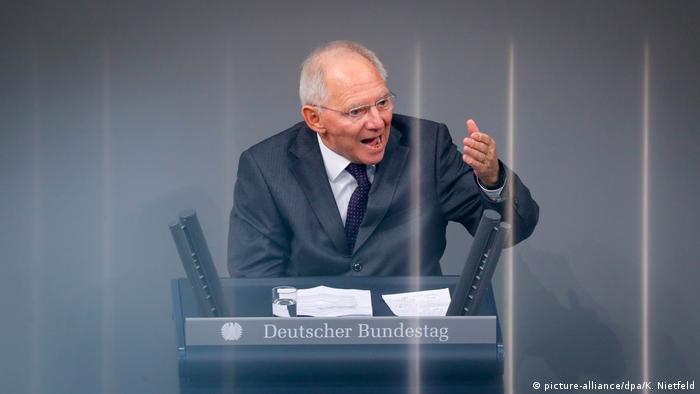 "In the two and a half years of this legislative period, only three deputies have been called to order, two from the Left party and one from the AfD," Ivo Klatte, press spokesman for the Saxony state parliament, told DW. "By comparison, the [far-right] NPD [National Democratic Party] was represented twice before, and more than 70 deputies were called to order and some banned for several days in each legislative period."

Klatte added that the parliamentary president and his representatives have personal leeway to define acceptable speech, but that racism isn't tolerated.

"The president or a vice president would always intervene in speech that insults individuals or discriminates against groups of people," Klatte said.

So everyone will be able to get along?

Not by any means. There was conflict literally from day one, October 24, when the Bundestag convened for its so-called "constitutive session" and rejected the AfD's nomination for its parliamentary vice president, 72-year-old Albrecht Glaser. Glaser has proposed that Muslims should not enjoy freedom of religion because Islam is a political ideology and not a faith.

"The consensus is that the AfD is entitled to a vice president, but as a deputy you have to trust the person who conducts discussions," Ruhose said. "I can understand if someone says: 'As a freely elected representative, I can't support someone who considers an article of the constitution irrelevant.'"

Ruhose added that, though some deputies in Rhineland-Palatinate refuse to shake hands with or greet their AfD colleagues on the grounds that they're "all Nazis," most abide by common courtesy and parliamentary custom. Nonetheless, the atmosphere will remain frosty if Ruhose's state is any indication.

"I don't think there are any friendships anywhere," Ruhose said. "At least I can't see any."

Which established parties have the most to fear? 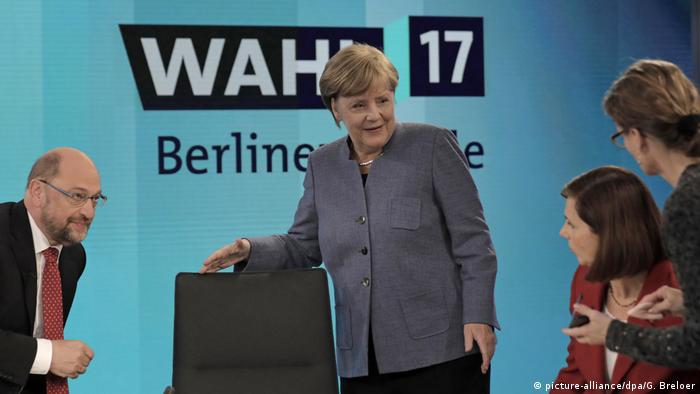 Hensel, who co-authored a study of the AfD in three state parliaments, said the party's "fundamental enemy" is the Greens. But the AfD's attacks are often focused on the parliamentary group that members consider their "political opponent" and from which they draw a disproportionate number of voters: the conservative CDU/CSU alliance.

"Above all in western Germany, the AfD maintains a self-image as a kind of legitimate successor or heir to the pre-Merkel conservatives," Hensel said. "That's why the AfD particularly concentrates on the CDU and tries to probe open wounds."

At the state level, Hensel said, the AfD has succeeded in claiming issues previously considered the purview of the conservatives, such as law and order.

"Structurally, the AfD can exert particular pressure on the CDU because it represents a series of positions which conservatives used to stand for and which are still relevant to their voters," Hensel said.

How will the AfD change the job of political opposition?

Traditionally, opposition parties in the Bundestag regard their function as criticizing the government and not other opposition parties. Now, the other parties that do not end up forming part of the government will also be concerned with putting the AfD in its place. But Hensel points out that the opposition will need to avoid the pitfall of turning every debate into an AfD-versus-established-parties situation, which would likely bolster the party's maverick aura.

On the other hand, Hensel added, the AfD is itself is a very heterogeneous parliamentary group and may have difficulty bridging internal dissent between "moderates" critical of mass immigration to Germany and extremists who advocate ethnic nationalism and the exclusion of everyone defined as foreign.

"In the future, we're certainly going to see a whole series of major internal conflicts within the AfD's parliamentary group in the Bundestag," Hensel predicted.

German parody party Die Partei scored a palpable hit against the populist right-wing AfD this week. But who exactly are die Partei – and what purpose does satire serve in election season? (05.09.2017)