An American dropped the word "Nazi" during a spat at Frankfurt Airport in Germany. Police say it was directed at them and are suing her for slander. But in a country with freedom of speech, how can this be illegal? 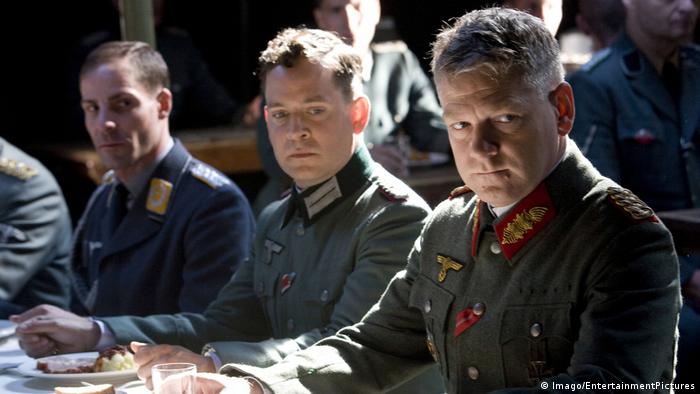 Police say the woman, a 49-year-old professor, became "unreasonable and irritated" when they told her she had too many liquids in her carry-on during a screening for explosives.

The issue of too many liquids morphed quickly — by her own account — into a tail-chasing argument over her deodorant:  They insisted it must go; she claimed that made no sense since it was a solid.

It was approximately at this point that police allege she called them "f--ing bastards" and "f--ing German Nazi police." But she says she never called the police "Nazis." What they heard was her wondering why she caught flack instead of the "Nazi-looking dude" with a "Hitler's youth haircut" in line behind her.

The result of the altercation: preliminary criminal proceedings against the woman on suspicion of slander, plus a $260-bill (€207) upfront for any subsequent legal expenses. Days later, her case got worse when she published an incendiary 4,000-word tirade about the incident in the Huffington Post.

Why it's such a big deal

Nazi insults have a long history in postwar Germany, mainly in the form of comparisons to Hitler or Goebbels or references to the Gestapo and concentration camps. In 1947, Der Spiegel nicknamed the minister for denazification the "blond Hitler," in a not-so-subtle reminder that he had been very friendly with the regime before it collapsed. Less than 20 years later, a West German paper compared East Germany to a concentration camp with its leader Walther Ulbricht as the overseer. 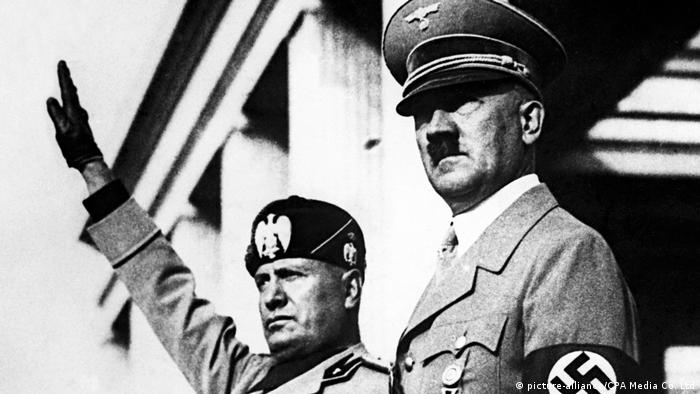 None of this, however, means these comparisons have ever been acceptable in Germany. As linguist Thorsten Eitz notes in a 2010 essay called "Loaded Words," each time this taboo is broken publicly, the media quickly reprimand the word choice "because it violates the consensus in German society about the singular nature of Nazi crimes." Hence, it's a disproportionate comparison.

The disproportion is even greater when it's hurled at an individual, says Heidrun Kämper, an expert in cultural linguistics and terminology at the Institute for the German Language in Mannheim.

Calling someone a Nazi invokes "the entire spectrum of a totalitarian dictatorship, the belief in conforming to one reality," Kämper told DW. "It conjures up the oppression known under that type of state."

And, of course, the word formation lends itself well, she says. Nazi. Two syllables like the crack of a whip, and much more biting than calling someone the word it's derived from: "Nationalsozialist."

The line between slander and freedom of speech

Despite outcry over minimizing the horrors of the Third Reich by relativizing this word, cases still test the line between freedom of speech and slander.

In April 2017 two lawsuits — one against the AfD's Alice Weidel and the other against Green politician Volker Beck — gave more leeway to satire and political freedom. In Weidel's case, a Hamburg court threw out her cease-and-desist request against a show that had called her a "Nazi bitch," since it was clearly satire.

Beck lost a slander case in which a far-right politician called him Obergauleiter of hordes of members of the Nazi paramilitary SA. The nation's top court reversed an earlier regional court ruling because the two politicians had been involved in a verbal sparring match. Thus, the words against Beck were considered polemical rather than slanderous. 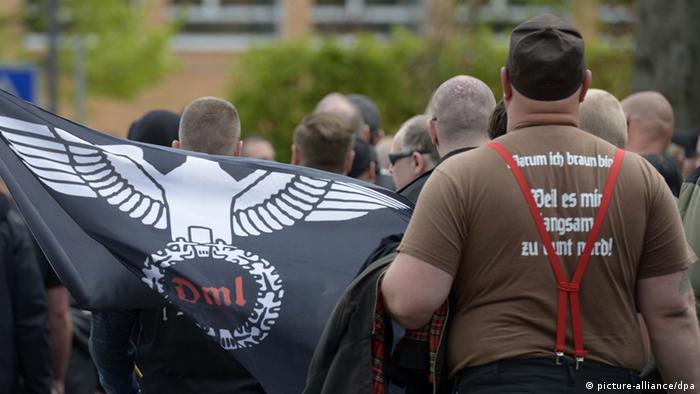 German law forbids any glorification of Adolf Hitler or Nazism, including the sale of 'Mein Kampf' or Nazi symbols

But these cases involve politicians. German courts expect them to have a thicker skin. Less prominent citizens, on the other hand, have comparably more cause to take slander to court.

It's a big deal, but is it illegal?

Under paragraph 185 of the German penal code, slander is a criminal offense. Shouting "You old a--hole," while riding a cyclist's tail landed an impatient driver with a €1,600 fine in 2016; that same year a teen was ordered to do community service after flashing police with "ACAB" ("All cops are bastards"), which was tattooed on the inside of his lip.

Comparing people to Nazis, or to the Third Reich, is in a class of its own.

"If I say, you're a moron, you're an idiot, you're a Nazi, there's of course more to it than the insult 'you're dumb.' Saying 'Nazi' implies unscrupulous acts and barbarism," law professor Manfred Heinrich of Kiel University told DW.

As Heinrich emphasizes, Germany has outlawed the glorification of Nazism. But no law forbids calling someone a Nazi.

What is illegal is what German law refers to as "hurting someone's honor" — in this sense meaning somebody's worth — or hurting someone's reputation through verbal abuse. Violating this principle constitutes slander.

Given the millions of lives lost under the Nazi regime either through systematic extermination or war, not to mention other unspeakable horrors committed in the name of Adolf Hitler, comparisons to the Third Reich are simply no ordinary insults.