German city of Cottbus grapples with violence between locals and refugees | Germany | News and in-depth reporting from Berlin and beyond | DW | 25.01.2018

German city of Cottbus grapples with violence between locals and refugees

Knife attacks and violent assaults between refugees and locals have become a common occurrence in the eastern German city of Cottbus, where anti-migrant sentiment is reaching a boiling point. DW's Kate Brady reports. 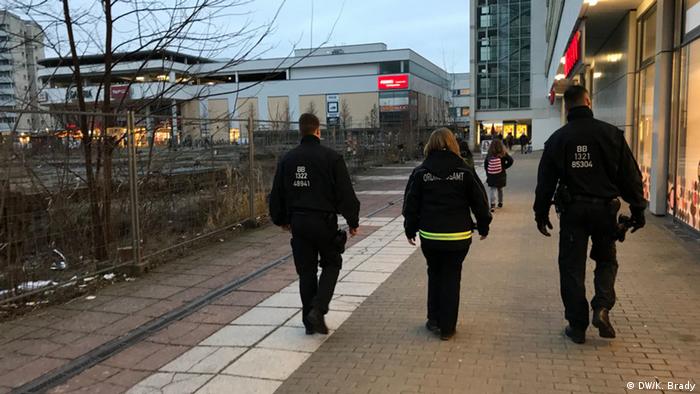 It's market day in Cottbus, some 120 kilometers (75 miles) southeast of Berlin, and alongside the chalkboards advertising Thursday's fruit and vegetables stands a regional newspaper sandwich board reading "Yet more clashes in Cottbus."

In the new year, violent crime in Cottbus between locals and refugees has become a familiar occurrence, with perpetrators on both sides of the conflict.

Last week, a German teen was left with facial injuries after reportedly being attacked by a Syrian teenager in a fight. In a separate incident on Saturday, an 18-year-old woman who allegedly shouted "Foreigners out!" was taken into police custody after an altercation with a Syrian man at a party - before attacking the officer who arrived at the scene.

The worst of the violence has been taking place outside Blechen Carre, the city's largest shopping center.

"It's gotten worse since the refugees arrived," says 32-year-old Stefanie, outside the mall. "My son saw the clashes going on before that boy was injured. And I certainly don't feel safe here anymore — especially at night." 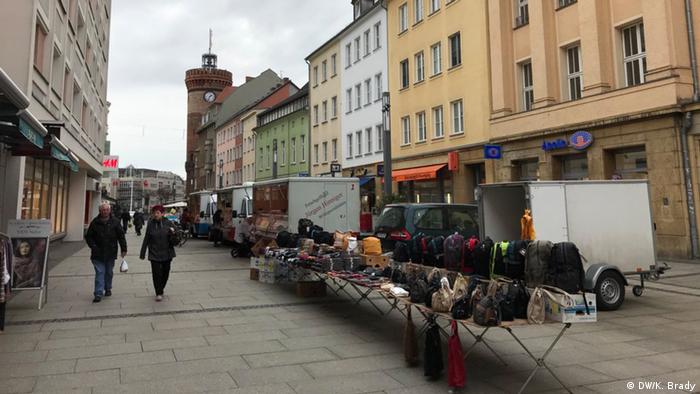 Drinking a coffee nearby is 30-year-old Saleh. He fled Syria for Germany two years ago. "I haven’t been targeted myself, but the mood has definitely worsened," he says in near-perfect German. He's on his way to college where he's training to be a child care worker.

"There's just not enough contact between locals and refugees," he says. "A lot of locals don't want to know."

The city has long had its fair share of problems, particularly with the right-wing scene. In the early 1990s, neo-Nazis blockaded an asylum-seeker shelter for three nights before police could get control of the situation. Last weekend, the anti-immigration organization "Zukunft Heimat" (Future Homeland) pulled some 1,500 people onto Cottbus' streets for a demonstration. The group was originally founded in nearby Spreewald to protest against a refugee shelter. 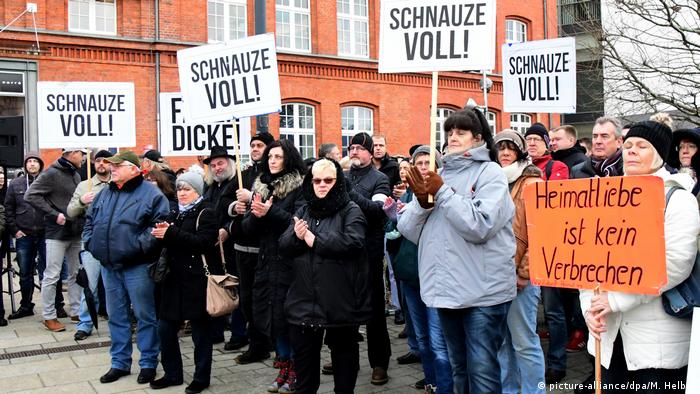 'Fed up!' — Anti-migrant sentiment is growing in Cottbus

In response to the violent crime, Cottbus Mayor Holger Kelch and Brandenburg Interior Minister Karl-Heinz Schroeter announced late last week that no more refugees would be arriving from the asylum-seeker reception center in nearby Eisenhüttenstadt.

"You could say there was too much change, too fast," says Jens Glossmann, spokesman for the city government. 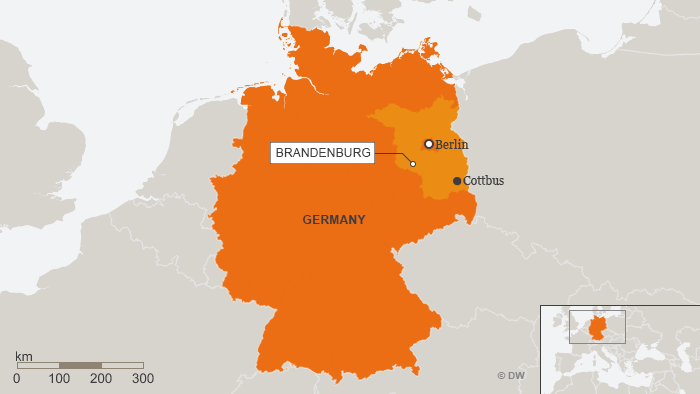 "I'll admit, more could have been done to better inform locals," he says, adding that the lack of experience with immigration, compared to larger, western cities, fueled the cold welcome to what he describes as "unfamiliar faces."

Read more: Right-wing party makes gains with those who feel forgotten and frustrated

The city's sluggish economy has also exacerbated tensions. According to the Federal Employment Agency, unemployment in Cottbus in December 2017 was at 6.9 percent, down 1 percent on the previous year — but above the national average of approximately 5.6 percent.

"We need the capacity to get locals and refugees into work, so that they have something to do. So that they don't fall into crime," Glossmann says, adding that the lack of jobs opens the door to comments that "refugees are stealing our jobs."

"This simply isn't the case," he says.

An impending closure of the city's brown coal power station could also prove to be a further setback to the Cottbus labor market, with 8,000 jobs likely to be directly affected. 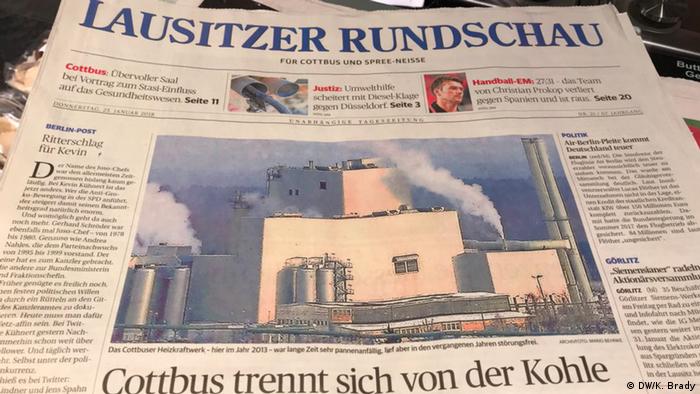 Day care and school placements are also thin on the ground. Without the capacity and resources, it's even more difficult to integrate new refugees.

The solution, Glossmann says, is money. "Either we need more money to deal with this on a local level or action needs to be taken on a national level. People need to know that their city is there for them."

But 52-year-old Christa believes Berlin has stopped caring. "We're just left here to carry on. That's why so many people voted for the AfD."

The far-right Alternative for Germany (AfD), which entered German parliament for the first time in September, garnered 24 percent of the Cottbus popular vote in the recent national elections after leading with an anti-immigration campaign.

'Send them all back'

In a bid to curb the violence, the city has increased video surveillance. More uniformed and plainclothes police officers have also been deployed. But Christina isn't convinced it will help.

"Send them all back," she says. "All the bad ones. Send them back to where they came from."

And the "bad locals?" No answer.

Twenty-nine-year-old Omar says he understands the concerns of some locals but says he experiences xenophobic behavior on a regular basis.

"Not everyone who arrives here is a good person. But neither are the locals," he says. After fleeing Syria for Germany three years ago, he now works full-time in a kebab shop.

"Sometimes they come here, shouting, 'Foreigners out!' I've even had letters arrive in the post and someone has written 'Go home!' on the envelope."

"Some of us try to integrate," he adds. "But the work has to come from both sides."