Are refugees more criminal than the average German citizen?

Nearly 1.2 million people have applied for asylum in Germany in the last two years. As the country struggles to integrate the newcomers, it faces another daunting task: tackling crimes committed by refugees. 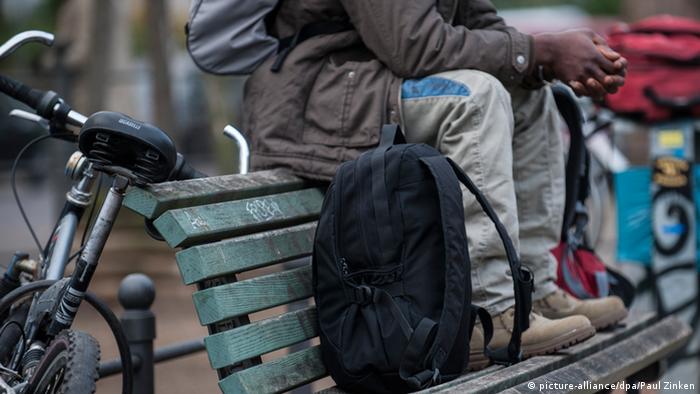 The incidents, along with the mass sexual assaults in Cologne in December 2015, have raised suspicions among people that the rising number of refugees has resulted in an increase in the incidences of crime in Germany. But how true is this notion?

In its latest report on crime and migration, the Federal Criminal Police Office (BKA) defines an immigrant ("Zuwanderer") as a person who has a status as an asylum seeker; a protected person; a person who has been granted asylum; a person part of a refugee contingent or a victim of civil war; or people who are illegal ("unerlaubt").

According to the BKA, nearly 300,000 cases were registered in 2016 in which at least one immigrant was arrested on suspicion of committing a crime. Although the total number of incidents decreased in 2016, there was a clear increase in the number of crimes committed by refugees.

But it would still be difficult to make a direct correlation between refugees and the increase in criminal incidents, according to Christian Pfeiffer, criminologist and former justice minister of the state of Lower Saxony. The behavior of refugees often depends on their chances of being allowed to stay, making some groups more prone to criminal activity than others. 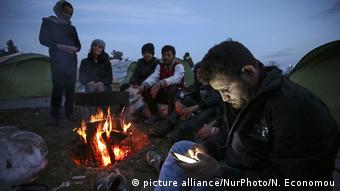 "There are, for example, the North Africans, who, soon after they reach Germany, learn that they don't have any chance of staying here. They are then frustrated and angry and behave like we witnessed in New Year's Eve in Cologne [December 2015]," Pfeiffer says. These people are also under pressure to stay in Germany and make money by working illegally or becoming criminals, he adds.

The real reason for rising crime

According to Pfeiffer, studies show that Syrian and Iraqi refugees tend to commit fewer crimes because they don't want to spoil their chances of obtaining legal permission to stay in Germany. A rejected asylum application consequently means no access to language or integration courses. "Thus, there is a kind of a class-based society that emerges among refugees - ones who have good prospects and those who don't," Pfeiffer explains.

Finally, even those who have a good chance of staying often get involved in criminal activities if they are forced to live with many people in temporary shelters and sometimes even with communities that they are in conflict with in their home countries, he adds.

In 2010, nearly 70 percent of the population in Germany consisted of people who were over the age of 30. A majority the refugees who came to Germany in 2015 were between 14 and 30 years of age - for Pfeiffer, the main group responsible for a majority of crimes committed anywhere.

"A small group is in every part of the world extremely dangerous - young men between 14 and 30. They commit 70 percent of most criminal activities. This group of males makes up for 37 percent of all refugees," making the crime rate among immigrants much higher, Pfeiffer says. "This explains why 100 Germans will have a lower crime rate compared to 100 refugees, because among Germans, the people are older and there are more women, he explains." This age group is also the reason why more sexual assaults are being reported, Pfeiffer adds.

But could the connection between refugees and a rise in crime lead to a kind of racial profiling of refugees and of immigrants in general? A similar discussion cropped up earlier this year when Cologne police reported hundreds of North African men behaving in an aggressive manner at the city's central station. A year ago, on New Year's Eve 2015, hundreds of women were sexually assaulted and robbed by immigrant men, believed to be of North African origin.

For Pfeiffer however, racial profiling is out of the question since that is not the intention. "The police need to deal with these suspects and naturally register the fact that they belong to these groups of people who are experiencing a severe crisis ...There is no racial profiling taking place," Pfeiffer says.

For him, the facts speak for themselves. "Refugees are not meaner people, but they are differently placed in the [social] structure. Police statistics only show what people have reported; very little comes from the police's own observations," he adds.

Refugees often have to deal with stress and nervousness as a result of the difficult escape from their home country. A German psychiatric organization has launched a project to provide counseling to traumatized persons. (06.04.2017)

Bunny Wailer, co-founder of the Wailers with Bob Marley, dies at 73

Wailer was the recipient of three Grammys and Jamaica's fourth highest civilian honor in his lifetime.