Refugees often have to deal with stress and nervousness as a result of the difficult escape from their home country. A German psychiatric organization has launched a project to provide counseling to traumatized persons. 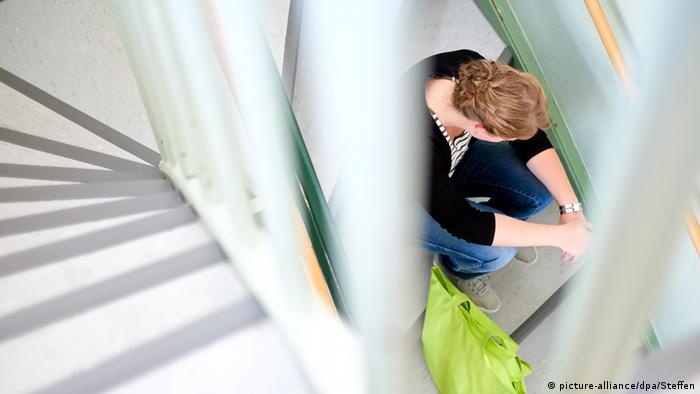 Andrea Domke can not forget the story of a Syrian family she counseled - a case that influenced her career. She volunteers as a counselor for refugees, specifically those refugees who are suffering from trauma due to war or their journey. "It is very difficult to imagine the psychological trauma this family was experiencing," the German volunteer told InfoMigrants.

"The family had taken a rubber dinghy over the Mediterranean sea to flee the Syrian war and the boat was about to sink. Everyone on the boat survived however, except for a small child who had taken the journey without his family. Witnessing the drowning of the boy had traumatized all the other passengers on the boat, including this Syrian family," she recalled. It was up to Domke to help the family recover from the mental shock.

The tragedy this family encountered is not an isolated case. Many refugees have had similar stories as they escape the war in their own countries in search of safety and a better life in Europe. But the "European Paradise" is not as many imagined. After the trouble of escaping, refugees settle in narrow, packed shelters with no space for privacy.

Usually a refugee's stay at a shelter lasts for several months and often, asylum applications are delayed. Sometimes, the authorities refuse their applications and these individuals live under the threat of deportation. Others are not allowed to reunite with their families in their new host country. 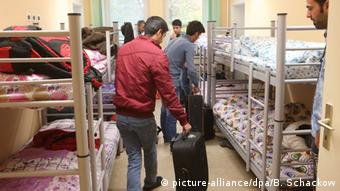 Refugees at a shelter in Gera, Germany

Workers at the  association for the relatives of mentally ill persons  (or the BAPK in German) provides help to Germans suffering psychological disorders and help improve their mental well-being. This led the management of this organization to launch a special initative for refugees suffering from mental disorders. "We provide confidential telephone counseling to the refugees," Caroline Trautmann, the project's coordinator, told InfoMigrants.

A very important feature of this project is that the telephone counseling is available in four languages: Arabic, French, English and German. Counseling by phone is available from Monday to Thursday from 10 am to 12 pm and from 2 pm to 8 pm, Central European Time (CET).

Refugees are consulted by psychologists who have experience in the field and have worked with migrants previously. The program has been around for seven months, but Trautmann believes that those refugees who have contacted the program are very few in proportion to those that arrived in Germany. This led the team at the BAPK to go to an asylum center to talk to the refugees personally. "We have noticed there the differences between cultures in dealing with psychological issues," Trautmann said.

Most refugees do not dare to talk about psychological problems and in some situations, do not realize he or she is dealing with trauma or mental illness. Trautmann sees this as a regrettable phenomenon and hopes that refugees will be more open to German society - to better understand how Germans deal with mental illness.

She wants refugees to not hesitate to talk to psychologists, adding that the counseling provided by workers in this project could keep their problems from getting worse.

The German Federal Volunteer Service offers various opportunities to people of all ages where they can serve society in their spare time. Refugees in Cologne can now sign up for a new program to help people like them. (04.04.2017)

The former US president has taken to the campaign trail on behalf of Democrat candidate Joe Biden.

The US drugmaker has pleaded guilty to criminal charges related to aggressive marketing and sales of highly addictive painkillers blamed for fueling an opioid epidemic in the US that is linked to over 400,000 deaths.

Paul Francois had been seeking damages from Monsanto, now a subsidiary of Germany's Bayer, after a 2004 accident with one of its weedkillers. His lawyers argued the firm had failed to give a proper warning of the danger.