The decline and fall of Germany's 'neo-Nazi' NPD

Germany's oldest far-right party lost many of its voters to the AfD in Sunday's regional election. It is also facing bankruptcy and a ban by the Constitutional Court - but that doesn't mean it's finished. 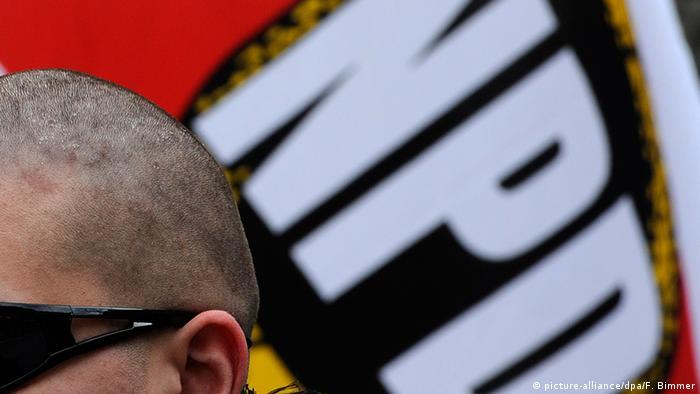 For many media pundits, it looked like the final nail in the coffin: The National Democratic Party of Germany (NPD) gathered only 24,365 votes in Sunday's state election in Mecklenburg-Western Pomerania, halving its proportion of the vote and pushing Germany's oldest far-right party below the 5 percent necessary to enter the state parliament. 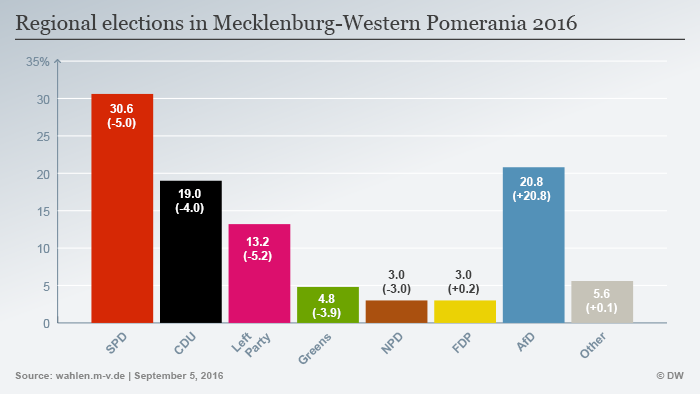 The result means that the NPD is no longer represented in any parliament in Germany at all - a heavy blow for a party that once had members in seven of West Germany's 11 state parliaments, and, at the peak of its success in 1969, only narrowly missed entry into the Bundestag when it collected 4.3 percent of the national vote.

Apart from a handful of local councilors around the country, the NPD's last democratic representative is Udo Voigt, a member of the European Parliament, who admitted to the "Frankfurter Allgemeine Zeitung" this week that his party had been forced to fall back on its "core voters" - before defiantly promising that the party would continue. 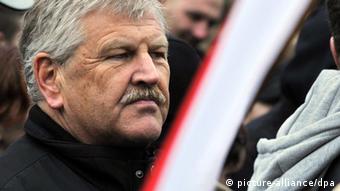 The immediate troubles are serious. The failure in the northeast last weekend means that the NPD will lose around 1.4 million euros ($1.6 million) in funding from the state - which it received in wages, expenses, and other services to support the five representatives it had in Mecklenburg-Western Pomerania - not good news when the party is in financial trouble generally.

On top of that, the party is facing yet another banning attempt in the Constitutional Court, on the grounds that its aims run counter to the fundamental principles of the German state.

Despite aping some of the anti-Islam, anti-refugee rhetoric of the insurgent Alternative for Germany (AfD), the NPD has failed to capture any of the many floating voters who came with the increased turnout in the state. For Robert Ackermann, journalist and author of the 2012 book "Why the NPD Cannot be Successful," this isn't surprising.

Although the strategy of sticking to xenophobic nationalism in Germany would seem to be political suicide, the author says his interviews with NPD leaders showed that they always saw their party as separate from the new wave of right-wing populists. "The NPD leaders told me that they don't want to imitate people like [Dutch populist] Geert Wilders content-wise, because the core idea is different," he told DW. "Their worldview is really right-wing extremism, and some things, like anti-Semitism, are a core part of their ideology."

"In Western Europe, the parties that are successful are more a new type of radical right-wing party who most of the time try to separate themselves from the historic National Socialism," he told DW. "These parties focus on anti-Islamic propaganda and being against elites."

In the 1960s, the NPD relied to a large extent on former members of Adolf Hitler's Nazi party, and, though hardly any of these are still alive and politically active, this still shapes the core of the party's ideology. "In Germany and western Europe in general you always have to see this in the historical context," said Ackermann. "The old type of parties like the NPD, who have strong ties to anti-Semitism, have no real chance to be successful because of the history and the political culture which evolved out of it." 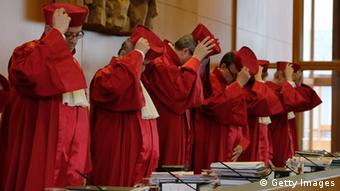 The NPD faces being outlawed by Germany's constitutional court

The NPD has found itself in lulls before. After initial successes, the party was in a political wilderness throughout the 1970s and 1980s - when other right-wing parties like Die Republikaner and the German People's Union (DVU) splintered their support base - before finding a new role following Germany's reunification in 1990.

In eastern Germany, the NPD exploited the societal vacuum left after the collapse of the communist East German government - deliberately trying to appeal to disaffected people in some of the former East's most deprived areas. "They tried to systemically fill these gaps and show people: 'we are here, we are working for you'," said Ackermann.

For that reason, he argues, it is simplistic to dismiss NPD voters as neo-Nazis. "Yes, the NPD is a nationalist, xenophobic and partly socialist party, so you could call them 'neo-Nazi,' but there are several currents within the party," he added. "Some members have a dream of a strong Germany without being supporters of Hitler - parts of the party are more socialist, and some less so."

Nevertheless, though the eastern German voters have now largely been lost to the AfD, it would be a mistake to write off the NPD. "There have always been years when they were just a small fringe party, but then suddenly in 2004 they reappeared with 9.2 percent in [a regional election in] Saxony," he said.

On top of this, Ackermann points out that there are still strongholds in certain areas of the country that the party can count on: "The NPD still exists, and they are still structured, and in the northeastern part of Mecklenburg-Western Pomerania for example, they are rooted in parts of civil society - it's like a base they can always count on for the next few years."