The election result in Mecklenburg-Western Pomerania is an embarrassing defeat for Chancellor Merkel, but it does not mean the end of her political career, or the start of a political about-face, says Charlotte Potts. 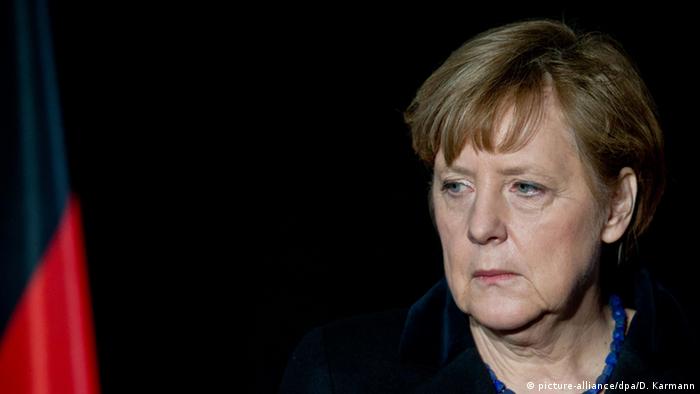 "Twilight of the Chancellor" - "How many more blows can Merkel take?" - "Merkel's election debacle." These were the headlines I woke up to this morning. For months now there have repeatedly been times when Merkel's chancellorship has seemed to be coming to an end: after her controversial "We can do it" last summer and the burning of refugee shelters; after New Year's Eve in Cologne, when women were groped and robbed by refugees; after the attacks in Würzburg and Ansbach, which were perpetrated by asylum seekers. Yet Merkel is still chancellor. And she's still sticking by her position on the refugee issue.

Of course the election result in Mecklenburg-Western Pomerania is an embarrassing setback for the CDU. And, of course, the success of the Alternative for Germany party (AfD), which now has seats in nine out of sixteen state parliaments, should give the established parties food for thought. No democratic party to the right of the Christian Democrats - for so long this was a key tenet of the CDU/CSU.

Now, with the AfD, such a party has established itself. And, of course, Merkel's refugee policy is also to blame. The Chancellor made a decision in the late summer of 2015. She did not bar the way to refugees who were stranded in Hungary, and in opening the border she gave her party a bitter pill to swallow.

It is self-evident that such a far-reaching decision also entails far-reaching problems. It is also not surprising that not everyone in the CDU is convinced. Nor is it new for right-wing populists to try and fill the vacuum to the right of the political center. 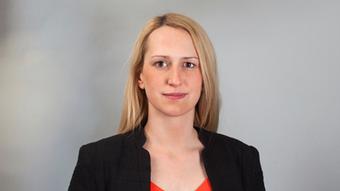 However, the result of this state election should not be overrated. We are talking here about regional elections in a federal state that has always been inclined towards the protest vote. The right-wing extremist NPD held seats in the state parliament here from 2006 onwards. Right-wing sympathies have long been at home here. In this state, the political fringes, both right and left, are traditionally strong. And in the last election five years ago - long before the refugee crisis - the CDU share of the vote here was already only just above the 20 percent mark.

Shouldn't we, then, take a different line of argument, and say that they've only lost 4 percentage points in five years in which a great deal has changed here. Economically speaking, the state of Mecklenburg-Western Pomerania is almost negligible. It has only 1.3 million eligible voters, of whom only 60 percent actually cast their ballot - and they decided that everything should remain the same, with a stable grand coalition. Fewer than 800,000 people do not decide the future of a chancellorship.

The CDU's real problem in Mecklenburg-Vorpommern is not Merkel, but the unpopularity of its main candidate, Lorenz Caffier. His election campaign shows that the party gains absolutely nothing if it allows itself to be driven by the AfD. Caffier presented himself as a "law and order" candidate, and pushed for the burqa to be banned.

It is, however, questionable as to whether the full veil really is a problem in Mecklenburg-Western Pomerania. Under the quota system, this state took in only 20,000 refugees - and many of these asylum seekers have long since moved on elsewhere. Caffier's hard line did not have the desired effect of binding prospective AfD voters to the CDU.

Nonetheless, the CDU -including the chancellor - should draw a lesson from the elections in Mecklenburg-Western Pomerania, which is: not to reverse their policies, but to stand firmly by their position and present people with the facts. That in 2016 there are far fewer refugees coming to Germany. That almost all of the more than one million refugees from last year have been registered and accommodated by local authorities.

They would also be well advised to talk about the problems, too, and admit mistakes - concerning integration, concerning the refugee deal with Turkey, and the fact that the refugee crisis is not yet over. Because reality is not as black-and-white as the AfD likes to present it. Perhaps voters would appreciate less political opportunism, and more telling of truths.