The Alternative for Germany, or AfD, has made political gains in a number of German states this year. But what is the AfD exactly? DW takes a closer look. 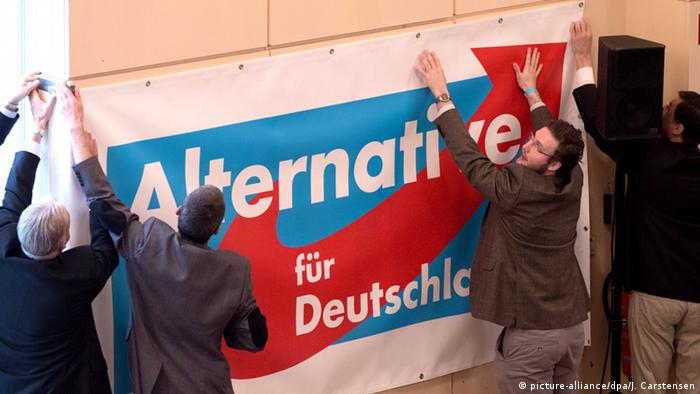 Founded in February 2013, the Alternative for Germany party (AfD) currently has about 23,500 members. Two AfD politicians have seats in the European Parliament in Brussels, 104 are lawmakers in eight of the 16 German state parliaments. And after Sunday's victory in the Mecklenburg-Western Pomerania polls, the AfD will have seats in yet another state parliament. Another 700 AfD members are active in municipal councils across the nation.

The AfD is a rightwing party in line with Austria's populist FPÖ, the Front National in France and Britain's Ukip.

Many analysts argue Angela Merkel - in her capacity as German chancellor and head of the conservative Christian Democratic Party (CDU) - is to blame for the AfD's emergence. As party leader, Merkel gave the CDU a more centrist makeover, leaving space at the right fringes. Merkel's decisions as chancellor, be it the nuclear power phase-out or the discontinuation of compulsory military service, disconcerted voters who saw the pillars of their conservative view of the world shaken to the core.

Opposition emerged post 2008, in particular against Merkel's policies in the eurozone debt crisis - even if the German economy came out relatively unscathed. In 2013, these critics and malcontents flocked to economics professor Bernd Lucke - and founded a party they named Alternative for Germany.

In national elections in September 2013, the AfD failed to garner enough votes to enter the Bundestag - but just barely. The liberal Free Democrats (FDP) were short of the votes needed to remain in parliament, and over the months, many FDP supporters turned to the AfD instead - a group that still today exists in the party.

From the start, however, various smaller parties - xenophobic, reactionary groups and intellectuals - sought out the AfD as their new political home.

In an effort to woo voters, the AfD leadership not only deliberately addressed the entire rightwing spectrum, it was also in contact with the anti-Islamic, anti-immigrant Pegida movement.

How far to the right should the party move? It didn't take long for that question to spark bitter infighting, a battle Frauke Petry won. Founder Lucke turned his back on the AfD, and created a new party, which has remained insignificant. In opinion polls, the AfD slumped back to the status of a small party.

Why the party is so successful

The refugee crisis was a major catalyst for the AfD.

The only party to take a critical stance on Germany's nationally propagated "welcome culture" from the start, the AfD entered state parliaments and skyrocketed to double-digit ratings in opinion polls. The party rallied, received state funds - and in public, the AfD broke one taboo after the next, drawing even more voters.

For a long time, the established parties tried to ignore the AfD, hoping it would dissolve in another round of infighting. The German media only focused on the AfD in connection with the party's far right radical tendencies or its domestic disputes. The AfD resorted to slamming the press with a slogan adopted from the Pegida movement: "Lügenpresse" (lying press.)

The media largely neglected to shine a light on the party's regular workings, where mainly middle-class members were busy lining up supporters on a local level. The party benefits from the support of quite a few doctors, lawyers and entrepreneurs. A glance at the top AfD candidates in the Mecklenburg-Western Pomerania vote mirrors the party's clientele. In northeastern Germany, the AfD is turning into a threat to the CDU and the liberal FDP.

Who votes for the AfD? 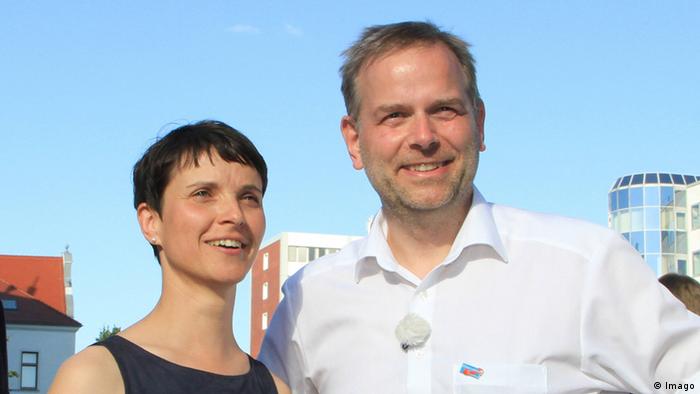 Voters of all ages support the AfD.

Young people opposed to what they regard as a leftist-Greens mainstream in the country have turned to the party's "Young Alternative" youth organization. In some parts of eastern Germany, one out of three youths votes for the AfD, or the even more extreme NPD.

The AfD attracts swing voters from all political parties, and has also been able to mobilize traditional non-voters, including poorly skilled and educated Germans as well as eastern Germans still struggling decades after German reunification. The party has even found supporters among migrant groups, such as the ethnic Germans from Russia.

Three years after it was founded, the AfD finally adopted its first party program. Initially, the party had wanted to be a reservoir for malcontents - in that respect, a clear program would haven been counterproductive.

The program comes across as colorful, a mix of reactionary conservative, liberal and libertarian ideas. Migrants, Islam and domestic security are the issues that currently dominate the public debate. Typical for populists, they focus on what makes the biggest splash.

Most political scientists say the AfD has already become an established force in the German party landscape, while at the same time, they warn not to underestimate the still battle for leadership.

Like Chancellor Merkel, AfD leader Frauke Petry is a natural scientist and grew up in East Germany. Petry has embarked on a more moderate course, with an eye on a party that has been around since 1956: Austria's FPÖ. With Petry at the helm, the AfD will likely stick to its relatively moderate neo-conservative profile - otherwise, more radical forces will call the shots.

A year from now, German voters go to the polls in national elections. The AfD's future standing in the Bundestag strongly depends on whether Germany suffers another terrorist attack and how the refugee situation develops.

Everyone knew in which direction the pendulum was going to swing. The momentum of the right-wing AfD in Mecklenburg-Western Pomerania was as predictable as the losses of the major parties, says DW's Marcel Fürstenau. (04.09.2016)

Germany's anti-migrant AfD has trumped Chancellor Merkel's CDU in her home state of Mecklenburg-Western Pomerania. Exit polls put the AfD on 21 percent, her CDU on 19. Premier Sellering's SPD is back with 30.5 percent. (04.09.2016)