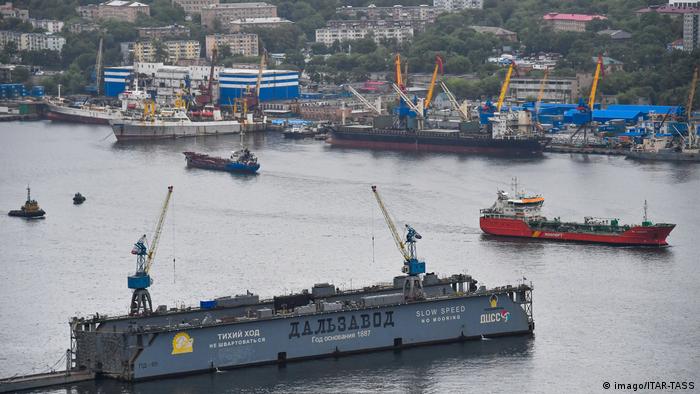 Russia's Foreign Ministry vehemently denied the accusations on Saturday, saying that Russia has "fully and strictly observed the sanctions regime." A recent round of tighter sanctions unanimously passed by the UN Security Council sharply limits the amount of refined oil products that North Korea can import.

The reports came a day after China denied similar accusations. On Friday, US President Donald Trump claimed China had been caught "red-handed" transferring oil to North Korean vessels. Beijing has denied any wrongdoing and said it would punish any such actions, should they be found to have happened.

The United States has voiced concern over efforts to undermine the UN sanctions, claiming such acts provide a lifeline to Pyongyang.

Oil is important for the operation of North Korea's intercontinental ballistic missile program, which has caused international consternation and was the reason for the UN sanctions. It is hoped that by crippling the country economically, it can be forced to give up the program.

Russia and China have both made calls for a diplomatic solution to the crisis, which has become ever more heated as North Korean leader Kim Jong Un and President Trump have taken to exchanging public insults over the last year.

Russia and China, both of which sit on the UN Security Council, are also two of North Korea's largest trading partners.

Satellite imagery and naval data suggest Russian ships sailing from Far Eastern ports in the Pacific have been meeting up with North Korean vessels to transfer, among other things, oil and petroleum products. North Korean ships had previously sailed directly to Russian ports, undermining sanctions restrictions by declaring other destinations in their log books.

Security experts say it is impossible to verify whether the smuggling of goods has taken place, as several of the vessels in question have taken to turning off their transponders after entering international waters. One of the North Korean vessels accused of being involved in the transfer of oil, the Sam Ma 2, turned off its transponder entirely back in early August.

Read more: How North Korea survives on an oil-drip from Russia

The European security expert who originally informed Reuters news agency of the incident said, "There is no evidence that this is backed by the Russian state, but these Russian vessels are giving a lifeline to the North Koreans."

The US State Department called for Russia and other UN member states to work "more closely to shut down UN-prohibited activities, including ship-to-ship transfers of refined petroleum and the transport of coal from North Korea."