At a time when the United States is calling for more restrictions on fuel exports to North Korea, Russia may be attempting to avoid the total collapse of the regime in Pyongyang. Julian Ryall reports from Tokyo. 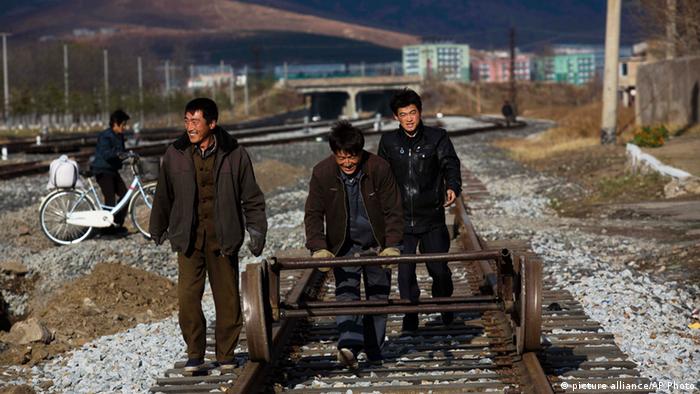 The price of diesel oil and gasoline in North Korea has dropped sharply in the last month, according to reports from within the isolated republic, with Russia apparently stepping up supplies in spite of international efforts to isolate the regime of Kim Jong Un and force Pyongyang to abandon its development of nuclear weapons and long-range ballistic missiles.

According to citizen journalists who report on events inside North Korea for the Osaka-based Asia Press International (API) news agency, fuel prices began to fall in November after several months of fluctuations.

The sharp declines come despite increasingly stiff sanctions imposed on Pyongyang, including measures designed specifically to limit the amount of fuel that North Korea can obtain. Resolution 2375, adopted by the United Nations Security Council shortly after the North's sixth underground nuclear test on September 3, singled out fuel supplies for sanctions, and the US government has since stepped up its calls for China to halt the flow of oil over the border.

Oil over the border

One of API's correspondents reports that "massive amounts" of fuel are coming into the border province of Yanggang from Russia.

"It is difficult to know exactly how much fuel is getting into North Korea, but it does appear that Russia has recently been supplying Pyongyang with fuel," said James Brown, an associate professor of international relations and an expert on Russia-North Korea trade at the Tokyo campus of Temple University.

"It appears that Russia, in particular, but also China, are losing patience with the US," he told DW. "They feel that they have done their part in putting new pressure on North Korea but that Washington should be doing more."

While Beijing and Moscow supported sanctions in the autumn, North Korea went over than two months without launching any missiles, Brown points out. Yet Washington made it clear that it was going ahead with joint US-South Korea air exercises, which began in South Korean air space on Monday.

When the US confirmed that the largest ever joint air exercises — 230 aircraft practicing attacks on North Korea's nuclear facilities and missile bases — would proceed as planned, Pyongyang resumed missile launches.

The intercontinental ballistic missile launched on November 29 is understood to have a range of about 13,000 kilometers (8,000 miles), putting anywhere in the United States within range. 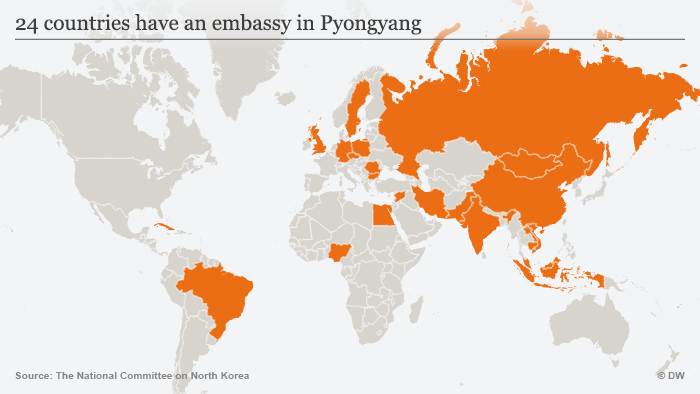 "Russia may very well feel that the US provoked the most recent missile test by the North, and it is not at all clear that Beijing and Moscow will help cut off all fuel supplies because that that represents the 'nuclear option' that would really hurt the North," Brown said.

"And, while that is exactly what the US wants, Russia is extremely wary of the consequences of the North collapsing," he added.

Moscow's concerns include conflict breaking out on its far eastern border, a sudden influx of vast numbers of refugees or a civil war in the North in which numerous players are vying to win control of the country's nuclear weapons.

Daniel Pinkston, a professor of international relations at the Seoul campus of Troy University, agrees that there are indications that Moscow is trying to "stabilize" the situation in North Korea in order to avoid a collapse, while some point out that restricting deliveries of fuel oil during the North's notoriously harsh winters would inevitably have a humanitarian cost for ordinary people.

"There is also the argument that if the North Korean leadership feels that the screws are being tightened too much and that their situation is deteriorating and there are no prospects of it improving, then they might take some kind of coercive, kinetic action to change that situation," he said.

Read more: US military base in South Korea mired in corruption scandal

Escalate a way out

"Even if they accept that they are in a relatively weakened position and have no chance of winning an all-out war, it is possible that they might try to escalate their way out of a deteriorating situation with the threat of some kind of action in return for concessions."

There are also suggestions that Russian policy in Asia is being shaped by President Vladimir Putin's hostility toward the United States and EU over the conflict in the Ukraine, while relations between Moscow and Washington are uncomfortable following allegations that Russia meddled in the 2016 US election.

In addition, Brown points out, if Russia were able to obtain some kind of economic leverage over North Korea, it might give Moscow leverage that could be used to encourage the United States to drop its hostility. "Similarly, that leverage might be used to encourage Pyongyang to dial back the aggression, making Moscow appear as the 'responsible stakeholder' in the region," he added.