The UN's Undersecretary-General Jeffrey Feltman is leading the organization's highest-level visit to Pyongyang in more than six years. It comes amid massive war games on the peninsula and after a successful missile test. 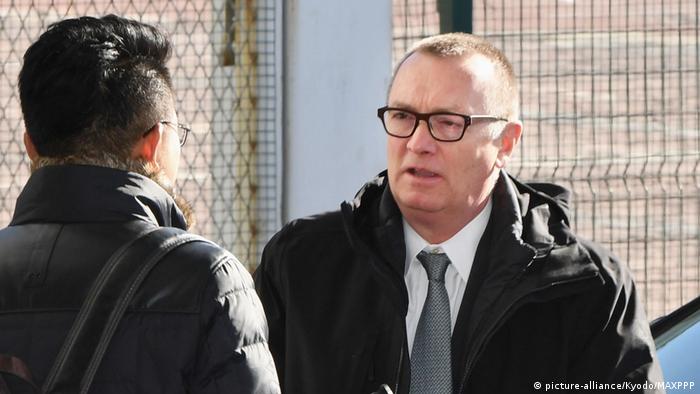 The United Nation's political affairs chief was flying into Pyongyang on Tuesday for a rare, four-day visit to North Korea. Undersecretary-General Jeffrey Feltman's trip will be the highest-level UN visit to the nation in more than six years as tensions with the US ratcheted even higher.

The last senior UN officials to visit North Korea were Feltman's predecessor Lynn Pascoe in February 2010 and former UN aid chief Valerie Amos in October 2011, according to the UN.

The UN said Feltman was visiting in response to "a long-standing invitation from the authorities in Pyongyang for a policy dialogue with the UN." His visit comes less than a week after North Korea test-fired a new ballistic missile that it said was capable of reaching the US mainland.

His visit also comes just a day after the US and South Korea launched their biggest-ever joint military aviation exercises  a five-day drill involving 230 aircraft and tens of thousands of troops. Pyongyang described the maneuvers as an "all-out provocation" that would bring the region to "the brink of nuclear war." Russia and China wanted the drills canceled.

The US State Department said it was "aware" of the trip, when asked if Washington backed the initiative.

"The United States will continue to work with other countries, including the members of the UN Security Council, to increase diplomatic and economic pressure on [North Korea] to convince the regime to abandon its illegal nuclear weapons and missile development programs," the official added.

"It is imperative that the countries of the world present North Korea with a unified, unambiguous response to its unlawful provocations."

When asked if the trip was in preparation of a possible visit by UN Secretary-General Antonio Guterres, a UN spokesman said: "We hope to have more afterwards."

North Korea has been subject to UN sanctions since 2006 over its missile and nuclear programs.