In spite of international sanctions on North Korea's communist regime, Russia has been increasing fuel exports to Pyongyang and filling in the supply gap created by China halting trade. Julian Ryall reports. 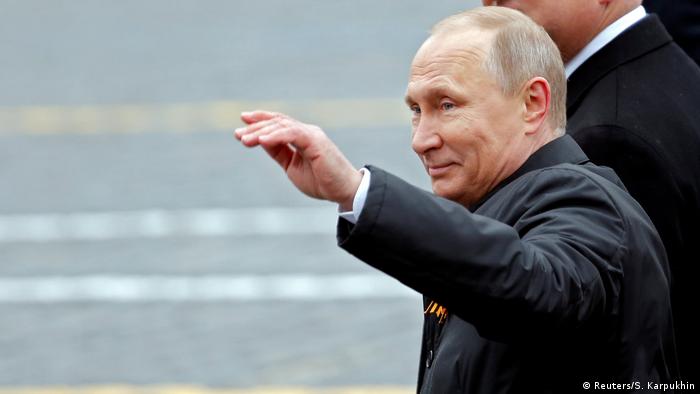 Despite efforts by the United Nations to impose isolating sanctions on North Korea in response to the country's continued development of nuclear weapons and intercontinental ballistic missiles, trade between Russia and North Korea soared more than 85 percent in the first four months of the year.

The presidents of China and South Korea have agreed they want North Korea to move away from its agenda of atomic antagonism. A US missile-defense system deployed on the peninsula was also a topic of conversation. (11.05.2017)

North Korea has announced that Sunday's missile launch tested a new type of rocket capable of carrying a "large-scale heavy nuclear warhead." The test led to an international outcry and a call for harsher sanctions. (15.05.2017)

Researchers say hacker group Pawn Storm has tried to interfere in the campaign of French presidential front-runner Emmanuel Macron. US spy agencies suspect the group of having links to Russia's intelligence apparatus. (25.04.2017)

Citing Russian customs data, the Voice of America broadcaster has reported that bilateral trade climbed to $31.83 million (29 million euros) in the January-March quarter, with the vast majority being energy products going over the border into the North.

This included $22 million worth of coal, lignite with a value of around $4.7 million, and oil estimated at $1.2 million. In return, North Korean exports to Russia were estimated to be worth $420,000. The most significant exports were chemicals and - curiously - wind instruments.

In contrast, North Korea's trade with China, traditionally its most important economic partner, has plummeted. Pyongyang's exports of coal to China in March came to 6,342 tons, a fraction of the 1.44 million tons sent to China in January, with an estimated value of $126.39 million. Similarly, Beijing has stopped supplying critically-needed fuel oil to the North, a clear demonstration of China's displeasure at North Korea's ongoing weapons tests.

The release of the figures detailing Russia's increased trade with North Korea coincide with President Vladimir Putin's statement on Monday that Pyongyang's latest missile launch was "dangerous" - but, he added, "We must stop intimidating North Korea and find a peaceful solution to this problem."

James Brown, an associate professor of international relations at Tokyo campus of Temple University, believes some of the cross-border trade may be "economic opportunism" but the motivation for the vast majority of it is geopolitical.

"Russia is very worried about the isolation of North Korea and believes that makes the situation dangerous as the US is taking a confrontational approach," he told DW.

"Moscow's position is that pressure on the North has not worked and has in fact caused Pyongyang to react because it feels threatened," he said. "So instead of isolation, which is not working, Russia is proposing engagement." 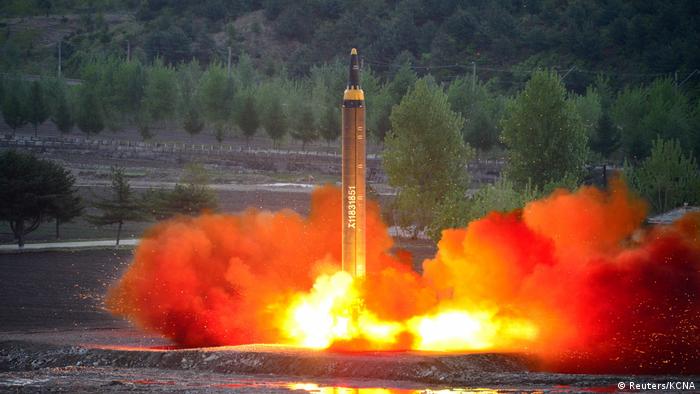 The most recent example of this support for Pyongyang is the plan to open a ferry route between North Korea and the Russian Far East port of Vladivostok, although the proposal has been delayed by strong protests from Japan.

In 2014, Russia announced that it was canceling $10 billion of North Korea's $11 billion in Soviet-era debt and that the remaining $1 billion would be invested back into the country. Russian investors also agreed to sink $25 billion into the North's dilapidated railway system, while more would go into basic infrastructure. The two governments also announced that Russia would rebuild the North's power grid, while the two countries would develop the ice-free port of Rason for exports of Russian coal.

In total, Russia planned to increase bilateral trade almost ten-fold to $1 billion by 2020, and that does not appear to have been hampered by more recent UN sanctions.

"Moscow has always been worried that the defensive missile systems that the US is deploying in the region - the THAAD anti-missile system in South Korea and now Japan is discussing having Aegis Ashore - are more directed at its interests than North Korea," he said.

Daniel Pinkston, a professor of international relations at the Seoul campus of Troy University, believes that Putin - who is at odds with the international community over the Ukraine conflict and has been accused of meddling in a number of elections, including those in the US and France - may be forging closer ties with Pyongyang to sow further disarray among his perceived enemies.

"Putin seems to have adopted a slash-and-burn approach to the liberal international order, so anything that serves to undermine institutions such as NATO, the European Union or democracy in general is fair game," Pinkston said. "He is intent on creating instability in a way that serves Russian interests and this sort of multi-front, hybrid war serves to undermine the US and its allies."

"North Korea fits neatly into that agenda because it causes problems for Washington, keeps the US tied down, drains its resources and causes friction with allies in the region."

Pinkston points out that playing neighboring nations off one other for their respective favors is not a new North Korean tactic. It has manipulated China and Russia for its own ends in the past.

"That sort of back-and-forth was easier to pull off in the Cold War, but they seem to be trying to capitalize on their relations with Russia now that China has become more distant," the expert underlined. "And I think it is clear that North Korea will take whatever it can get in terms of political, diplomatic or military support, as well as resources."