Opinion: The twisted logic of the war in Syria

It is becoming increasingly clear that the war in Syria defies all logic. It is driven by cynical rivals who use short-term tactics without pursuing any long-term strategies, says DW’s Kersten Knipp. 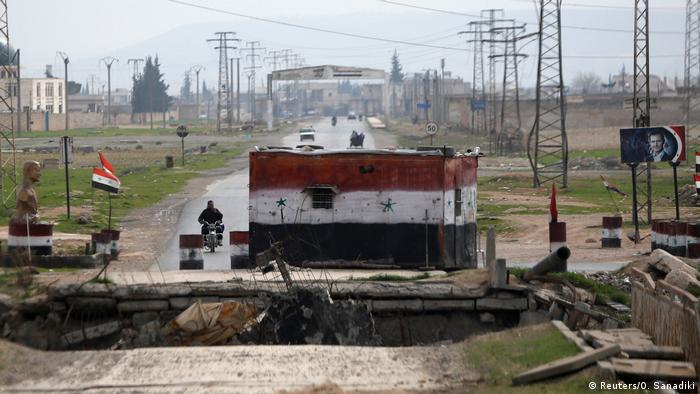 Following the logic of the various military forces in Syria reveals a twisted form of reason. Who is forming alliances with whom and why? Nothing seems to make sense for long, and new chaos and new partnerships are constantly emerging.

Turkey's military operation in Afrin is a telling example of the cynicism in Syria. Moscow has seemingly given Ankara the green light for its incursion into northern Syria. But why would Russia, Syrian President Bashar al-Assad's protector, do that? One of the theories is that by invading Syria, Turkey is fueling tension with its NATO partner the United States, who, in turn, backs the Syrian Kurds. From the Russian point of view, any rift that undermines NATO unity is a welcome development, particularly with regard to Ukraine.

But Russia may be concerned about something else. Turkey could ultimately emerge weakened from its military operation in Syria. And a weakened Turkey may need to turn to Russia for help — giving Moscow the upper hand in its rivalry with Ankara.

Read more: What you need to know about Turkey's military operation in Afrin

None of this has much to do with Syria itself anymore. It is about ruthless power games. NATO member Turkey is marching callously into a foreign country. At the same time, Iran is increasingly entrenched in Syria, buying land and setting up businesses, while threatening increased pressure on Israel from the Golan Heights. Iran, the grand master of oppression, makes a sheer mockery of it all by accusing the Turkish government of violating human rights. What happens in Iran every day, if not that?

The war in Syria has lost its aim. And it will probably not be found, even if French President Emmanuel Macron decides to intervene militarily, which he has threatened to do if he sees "proven evidence" of chemical weapons use on civilians. Such an intervention would benefit Macron, who takes pride in his humanist stance, but it would not help end the war. Would Macron dare send French fighter jets to combat the Russians?

Europe is not a military power in Syria. And France must think carefully about future military activities after the intervention in Libya and its catastrophic consequences.

In retrospect, it was not wise to launch the military intervention against the "Islamic State" in the summer of 2014 without international legitimacy. Things continued to go downhill after making that colossal mistake. It is hard for interventionists to condemn other interventionists.

War has its own dark laws. If the situation does not improve, then the arbitrary slaughtering will continue, guided by the great masters of cynicism who no longer have a goal — at least not a worthy one.