Rex Tillerson says US and Turkey have 'same goals' in Syria

US Secretary of State Rex Tillerson and Turkish Foreign Minister Mevlut Cavusoglu have agreed that Washington and Ankara will "no longer act alone" in Syria. The US still urged Turkey to "show restraint" in Afrin. 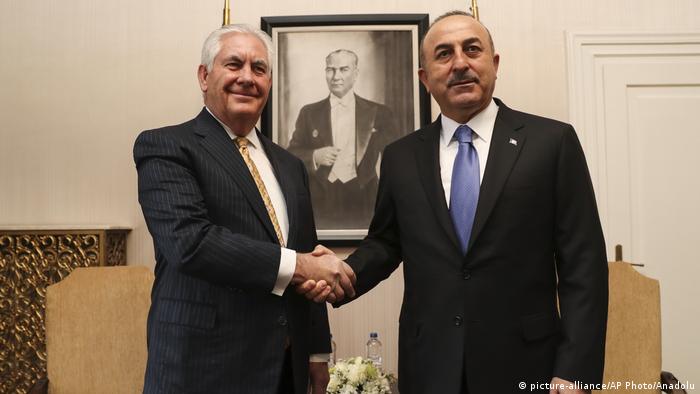 After weeks of tensions between the US and Turkey, with the two NATO powers perilously close to fighting on opposite sides of the conflict in northern Syria, Secretary of State Rex Tillerson met with Turkish Foreign Minister Mevlut Cavusoglu to try to calm the mood.

Washington and Ankara are at odds over Turkey's offensive in the northwestern Syria region of Afrin which seeks to drive the Kurdish YPG from the area. The YPG had been Washington's most effective Syrian ally in the fight against the militant "Islamic State" (IS) group.

What did they agree on in their meeting? 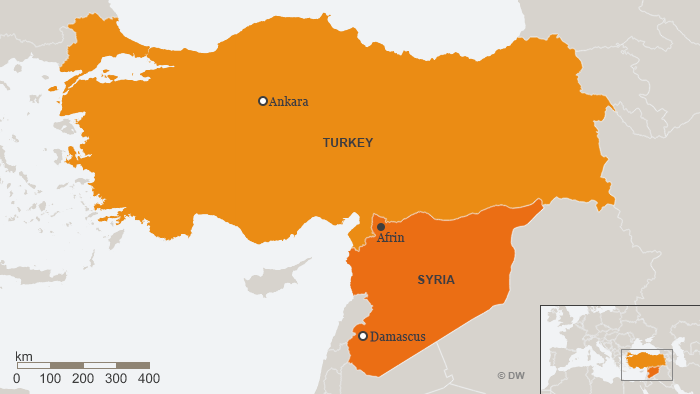 "We are not going to act alone any longer, not the US doing one thing, Turkey doing another," Tillerson said at a joint press conference in Ankara. "We will work together ... we have good mechanisms on how we can achieve this, there is a lot of work to be done," he said.

Tillerson also said that Syria and the US had "precisely the same" objectives for the conflict in Syria, namely defeating IS, stabilizing the wartorn country, and creating a unified and democratic nation. Both the US and Turkey oppose Syrian President Bashar al-Assad.

"We are agreed on normalizing relations again," Cavusoglu said at the press conference, adding that Washington-Ankara ties were at a "critical phase."

Why is this important: Tensions between the NATO allies have been at their worst since the 2003 Iraq war, with Turkish President Recep Tayyip Erdogan upset over Washington's plan to continue assisting the YPG.

Who are the YPG: They are a Kurdish militia group, also known as the People's Protection Units. The US has been supporting the YPG in order to fight IS in northern Syria. Turkey, however, considers the YPG to be a "terrorist" organization, alleging that it is closely tied to the Kurdistan Workers' Party, the PKK, which is outlawed in Turkey.

What's happening in Afrin: Turkey launched an air and ground assault on the northern Syrian region last month to drive the YPG away from Turkey's border with Syria. Ankara has threatened to send its troops toward the town of Manbij, located around 100 kilometers (60 miles) east of Afrin. US troops are already stationed nearby.

What happens next:  The US and Turkey will hold another meeting designed to calm tensions in Syria in mid-March.