Turkey has warned of "serious consequences" for any group trying to reinforce Kurds in Afrin, after a pro-Assad militia sent troops to the region. Ankara also slammed the bombing in Ghouta as a "crime against humanity." 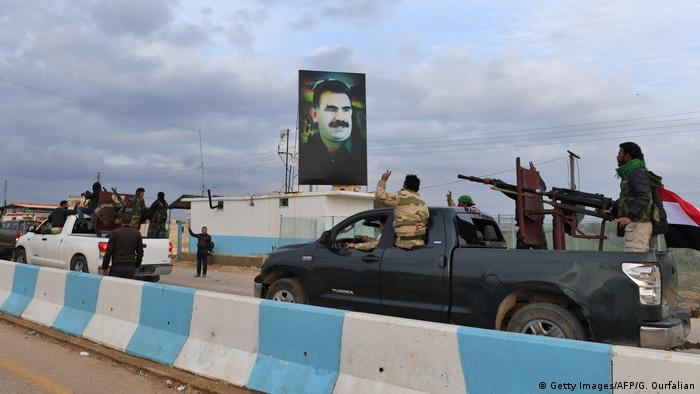 Turkish forces will continue their push towards Afrin in Syria despite "dirty, dark deals" between Kurdish forces and other factions on the ground, Turkish presidential spokesman Ibrahim Kalin said at a press conference on Wednesday.

His remarks followed multiple reports showing a pro-Syrian militia moving into the Afrin region. The forces are set to reinforce the Kurdish fighters against the Turkish army.

Talking to reporters in Ankara, Kalin warned that groups aiding the Kurdish YPG militia would be on the "same level as terror organizations."

"And for us, that would make them legitimate targets," Kalin said. "It doesn't matter who makes such an attempt, there will be serious consequences."

Read more: Turkey's offensive in Afrin - what you need to know

'Crime against humanity' in Ghouta

Kalin also denied that pro-Damascus forces crossed into the Afrin region. He confirmed that a convoy of 40 to 50 vehicles was headed toward the area, but said the Turkish army managed to repel them with artillery fire.

"Today, tomorrow could they attempt this again? It's possible. But the relevant measures have been taken," he added.

Seemingly contradicting Ankara's position, Syrian state news agency SANA on Wednesday reported that there were "new groups of popular forces arriving in Afrin" to support the local fighters against "the continued aggression of the Turkish regime."

"We call on the Syrian regime to stop these attacks as soon as possible. This is a crime against the humanity," he said in Ankara.

Some 300 civilians have been killed in east Ghouta since the regime started its attack late on Sunday, according to the UK-based Syrian Observatory for Human Rights. The watchdog also accused Russian air force of bombing a hospital in the densely-populated Damascus suburb.

"These accusations are groundless and it is unclear what they are based on," Peskov said.