Can the EU and partners stabilize Libya? | Europe | News and current affairs from around the continent | DW | 17.12.2017

Can international negotiators convince Libyan Army General Khalifa Hafter his future will be better with them than without them? What happens on Sunday will be key. Teri Schultz reports from Brussels. 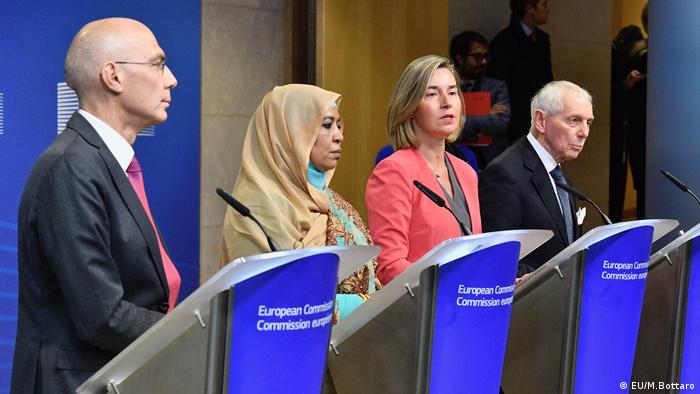 European Union foreign policy chief Federica Mogherini, along with the African Union and the United Nations, wants to rescue people stuck in Libya's notorious detention centers. The EU has just allocated an additional 100 million euros ($118 million) for its partners, the International Organization for Migration (IOM) and the UN High Commissioner for Refugees (UNHCR), to support that work on the ground.

The aim of the Libyan task force could be considered a win-win under the incredibly difficult circumstances. Third-country nationals can make use of internationally financed assistance to go back to their homes, disheartened over the failed attempt at a better life but at least no longer subject to the torture being documented by Amnesty International and other NGOs. At the same time, the EU reduces the number of potential migrants arriving on Italian shores.

But the migration crisis is hardly the only, perhaps not even the biggest, challenge facing Libya right now. The next few days will reveal whether a long-simmering pot of violence and political ambition boils over. The UN-brokered Libya Political Agreement (LPA) to create a unity government, forged December 17, 2015, is set to come to the end of its envisioned life span of two years, still unfulfilled.

'Government of National Accord' still far off

Fayez Mustafa al-Sarraj, named by that agreement as the head of the Presidential Council of Libya and prime minister of the Government of National Accord (GNA), still does not have authority, much less control, over the entire country. 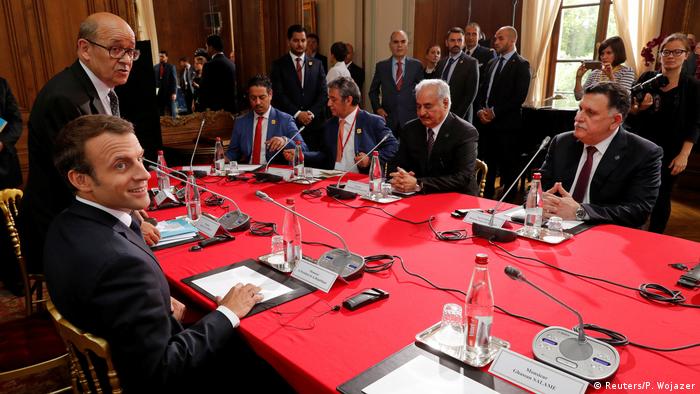 Many stakeholders hope the deal's end date will pass without incident and merely serve as an unfortunate reminder that the country's political leadership is still fractious and marked by infighting. But those hopes already look slim and depend largely on the actions of Libyan National Army commander General Khalifa Hafter, who controls eastern Libya from his base in Benghazi, and has refused to support the GNA. Hafter was a former friend and then a foe of deposed Libyan leader Moammar Gadhafi, and now his followers want him to declare himself president of the country.

Local media in Libya show Hafter supporters demonstrating against elections planned for next year under UN auspices, using "December 17" as a rallying cry for the warlord to take over.

"There's a lot of trepidation as to what may happen in and around that date," explained Mary Fitzgerald, an independent analyst who lived in Libya for years. She described Hafter as the "biggest obstacle" to reconciliation. "He and his associates have talked about how they've given Libyan politicians a deadline, and if they fail to achieve anything by this deadline, their forces will have to move," Fitzgerald told DW. "Move and do what is another question. But certainly that rhetoric has been stepped up in recent weeks."

The international community's efforts to make Hafter part of the equation have produced statements from the general pledging a commitment to a fair and peaceful political process, but that hasn't stopped the unrest in the streets.

Elie Abouaoun, the director of Middle East and North Africa programs at the US Institute of Peace, warned "no Libyan can afford putting an end to the UN mandate," including Hafter.

Abouaoun told DW the UN has only recently begun to include Hafter in future planning. "All previous UN road maps and plans excluded Hafter explicitly or implicitly," Abouaoun explained. "He might escalate on the ground, challenge the UN but not go as far as handing a death blow to the UN."

Abouaoun suggests the UN and the international community made a mistake in not being more inclusive earlier in the process. Mark Kersten, a fellow at the Munk School of Global Affairs, who wrote the book "Justice in Conflict" on the intersection of justice, peace and conflict in Libya, says there are many more errors in the way the world has dealt with Libya.

"There is a lot of regret from the Western states that they did not think through 'the day after' Gadhafi fell," Kersten told DW. "To say that they underestimated the gravity of the political problems that would result from regime change without consideration of what would happen next is an understatement."

Kersten has nothing good to say about Hafter and would prefer to see him in court in The Hague than in any Libyan government.

He pointed out things have come full circle now for those governments that ousted Gadhafi in 2011 and then departed. "[T]hey opened a Pandora's box of insecurity, illegal human trafficking and stability in the region," he said. "We are still feeling its effects."