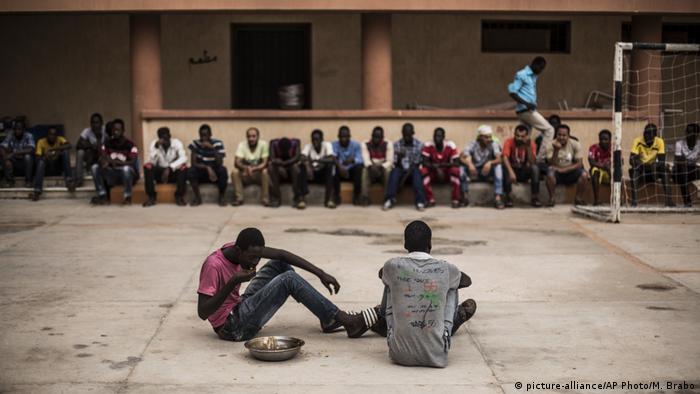 The European Union is complicit in the abuse of tens of thousands of migrants in Libya in order to stem migration from North Africa, Amnesty International said Tuesday.

The human rights group said European governments are training and funding the Libyan coast guard to intercept migrants at sea, who are then sent to detention centers where they are subject to abuse.

"European governments have not just been fully aware of these abuses; by actively supporting the Libyan authorities in stopping sea crossings and containing people in Libya, they are complicit in these crimes," Amnesty Europe Director John Dalhuisen said.

Led by Italy, the EU has been providing technical and financial support to the Libyan coast guard and immigration authorities in a bid to stop migrants, mostly from West Africa, from using Libya has a launch pad to reach Europe with the help of human smugglers.

There has been a one-third drop in migrant arrivals through the central Mediterranean in the first 11 months of this year, to 116,400 compared to the same period last year, the EU's border agency Frontex said Monday. Much of the drop has been since this summer, when Italy moved to expand cooperation with Libya. More than 600,000 migrants have used the route over the past four years.

The EU has rejected criticism of its Libya policy. It has recently moved to increase funding for detained migrants and improved conditions after reports of abuses and migrants being sold into slavery.  The bloc has also tried to accelerate the repatriation of migrants from Libya to their countries of origin.

Amnesty said that due to Libyan coast guard interceptions, at least 20,000 migrants had been put in overcrowded and unsanitary detention centers in Libyan government controlled areas.

More than 400,000 migrants are believed to be in the country including in areas outside government control, according to the International Organization for Migration.

Amnesty reported migrants have been subject to arbitrary detention, torture, forced labor, extortion and even unlawful killings by authorities, human traffickers and armed groups and militias.

It also accused the Libyan coast guard of corruption and cooperation with human smugglers.

Amnesty called on EU governments to open pathways to legal immigration to Europe, pressure Libya to end arbitrary detentions and grant full access to the UN refugee agency, the UNHCR.

"By supporting Libyan authorities in trapping people in Libya, without requiring the Libyan authorities to tackle the endemic abuse of refugees and migrants or to even recognize that refugees exist, European governments have shown where their true priorities lie: namely the closure of the central Mediterranean route, with scant regard to the suffering caused," said Dalhuisen.

German Chancellor Angela Merkel has met with the head of Libya's internationally recognized government, Fayez al-Sarraj. She said "there is still a lot to do" to improve migrant conditions in the country. (07.12.2017)

Germany will allocate €120 million to improving the conditions of refugees and migrants stranded in Libya and made vulnerable to enslavement and official violence. The government in Tripoli would administer the funds. (05.12.2017)

Thousands of African migrants trying to get to Europe end up trapped in Libya. Often they endure abuse, and some are even sold into slavery. DW's Migration Dilemma series looks at why people risk the journey. (02.12.2017)