The Council of Europe has warned Italy that it risks violating European law if it returns migrants intercepted to Libya. Italy has inked deals with Libyan authorities and militias to stem the migrant flow. 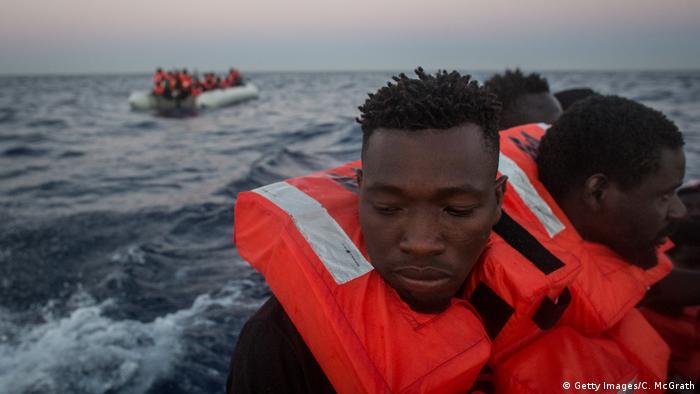 In a September 28 letter published on Wednesday, Muiznieks warned Italy that it risked violating the European Convention on Human Rights if it hands over migrants intercepted at sea to Libyan authorities.

Muiznieks asked Minniti "what safeguards Italy has put in place to ensure" that the migrants intercepted and rescued by Italian vessels in Libyan territorial waters are not subject to torture or inhuman treatment.

The European rights chief's letter follows a series of deals signed by Italy in an attempt to cut the number of migrants landing at its shores. Italy asked Libyan militias to cut off migrant flow in exchange for money and logistical support.

In August, Rome also sealed deals with the Libyan coastguard to help it deal with people smuggling. The government's efforts received a boost days later when the Italian Parliament authorized a naval operation in Libyan waters.

Italy has witnessed a sharp decline in migrant landings in the past few months.

Libya is regarded as the main gateway for refugees heading to Europe since the closure of the so-called Balkan route in early 2016. Hundreds of thousands have made the dangerous journey across Africa and the Mediterranean headed towards Italy, fleeing war, persecution and poverty.

Muiznieks reminded Minniti of how Italy was found to have violated Article 3 of the European Convention on Human Rights in 2012, when it returned intercepted migrants to Libya.

Article 3 of the convention prohibits the "exposure of persons to torture or inhuman or degrading treatment or punishment."

"The fact that such actions would be carried out in Libyan territorial waters does not absolve Italy from its obligations under the convention," Muiznieks wrote.

The United Nations and several NGOs have expressed concerns over the condition of migrants in Libya. A UN report in December said the migrants detained in the lawless country had no access to legal help and were faced with malnutrition and other diseases.

"Handing over individuals to the Libyan authorities or other groups in Libya would expose them to a real risk of torture or inhuman or degrading treatment or punishment," Muiznieks wrote, basing his conclusion on the "disturbing" picture painted by the UN.

Muiznieks oversees rights issues in the 47 member states of the Council of Europe. He is fully independent of the 28-nation European Union, which has supported Italy's efforts to curb the inflow of migrants.

A Libyan militia has discovered several large groups of migrants after pushing a rival faction out of the port city of Sabratha. The fighting was reportedly triggered by Italy pledging support to one of the groups. (08.10.2017)

German aid group Sea-Eye has announced it will suspend migrant rescue operations in the Mediterranean. The announcement comes a day after Doctors Without Borders (MSF) took a similar decision citing security concerns. (13.08.2017)