Doctors Without Borders says "hostility" from Libya has forced it to suspend offshore rescues of boat migrants by its ship, Prudence. Libya recently told non-governmental groups to stay away. 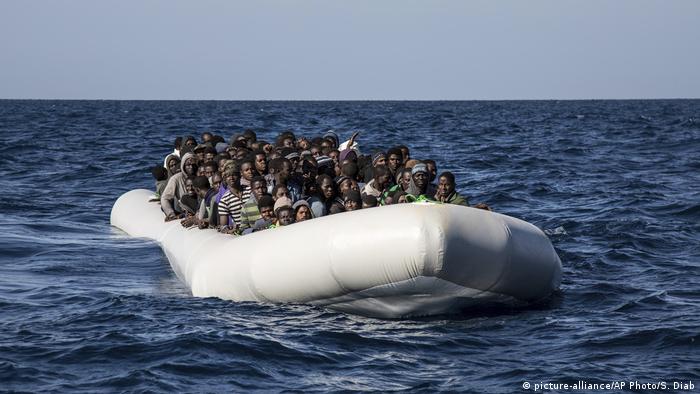 Doctors Without Borders (MSF in French) accused the European Union and Libya of creating a "blockade" in Libyan coastal waters that would result in more Mediterranean deaths and more migrants stuck in Libyan detention.

Last month, Italy approved a naval mission in Libyan waters to train and support the coastguard of the country's UN-backed government in Tripoli, whose authority is challenged by other Libyan factions.

NGOs being shut out?

Earlier this week, Libya said it was establishing a "search and rescue" zone off its coast - a move MSF said would extend Libyan patrols into international waters, where humanitarian groups pick up asylum seekers from flimsy boats.

Previously, non-governmental groups (NGOs) had conducted search and rescue operations as close as 11 nautical miles off the Libyan mainland.

The MSF, with its vessel Prudence, is one of nine NGOs involved in migrant rescues in the Mediterranean – rivaled by an anti-migrant group – since the Balkans route was virtually shut to refugees from early 2016 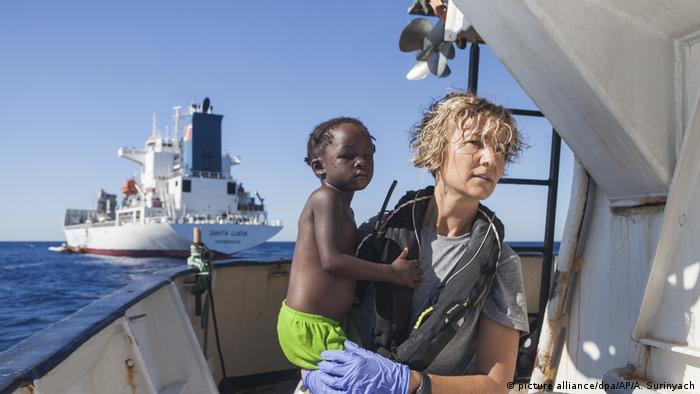 MSF's Director of Operations, Brice de le Vingne, on Saturday accused European states and Libyan authorities of "jointly implementing a blockade on the ability of people to seek safety" and assaulting their dignity.

"The recent developments represent another worrying element of an increasingly hostile environment for lifesaving operations," he said.

Another aid group active in the Mediterranean, Proactiva Open Arms, also criticized the EU, with its founder Oscar Camps tweeting: "the first NGO out, this is just what the EU wants."

Loris De Filippi, president of MSF's Italian arm said, "We are suspending our activities because now we feel that the threatening behavior by the Libyan coastguard is very serious ... we cannot put our colleagues in danger."

MSF said medical staff would, however, keep working from a ship operated by another aid group, SOS Mediterranee, while the Prudence remained idle.

If migrants are intercepted while trying to cross to Europe and are then taken back to Libya, they often face slave labor and sexual violence, according to multiple reports.

Over the past four years, almost 600,000 migrants have arrived in Italy, the vast majority setting sail from largely lawless Libya in flimsy vessels operated by people smugglers. More than 13,000 migrants have died trying to make the crossing.

General Khalifa Haftar, a Bengazi-based commander who rivals Tripoli and is aligned with Libya's eastern-region parliament, told the Italian newspaper Corriere della Sera on Saturday the presence of Italian military vessels in Libyan waters was unacceptable.

The newspaper quoted Haftar as saying he would not attack them.

The UN's migration agency counted 114,000 migrant arrivals since the beginning of 2017 until July 30, with almost 85 percent arriving in Italy.

Libya is a poor, politically unstable country. That poses problems for its maritime search and rescue service, whose employees are badly paid - and see how profitable people smuggling can be. (11.08.2017)

Inside Europe: The EU mulls response to migrant crisis