Up to 700,000 African migrants are trapped in detention camps in Libya, the head of the African Union's commission says. EU and African leaders said they plan to devise "longer-term solutions for the migration issue." 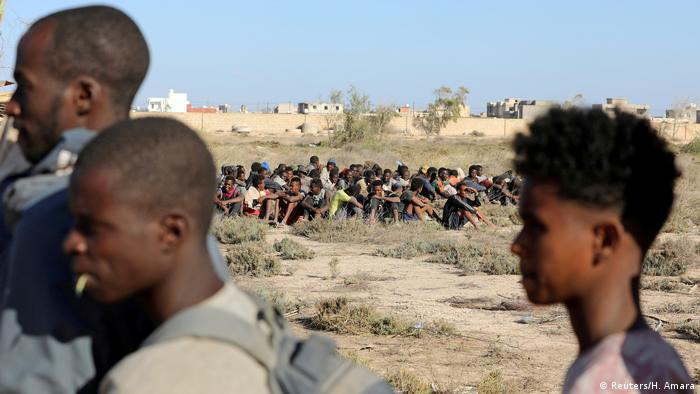 At the end of a two-day summit in the Ivory Coast, EU and African Union (AU) leaders on Thursday agreed on plans for an immediate evacuation of 3,800 migrants stranded in Libya amid global shock over a slave auction of migrants in the conflict-ridden country.

"We have agreed, along with the EU and the UN, to set up a task force for repatriating at least 3,800 people," said AU Commission chief Moussa Faki Mahamat.

"But it's just one camp … the Libyan government tells us that there are 42 in all. There are definitely more than that. There are estimates of 400,000 to 700,000 African migrants in Libya."

Mahamat said that the AU has partnered with the UN and the EU to devise "longer-term solutions for the migration issue," especially in Libya, which has been used as a launching pad by the majority of nearly half a million migrants attempting to reach European shores since 2015, according to figures from the International Organization for Migration (IOM). 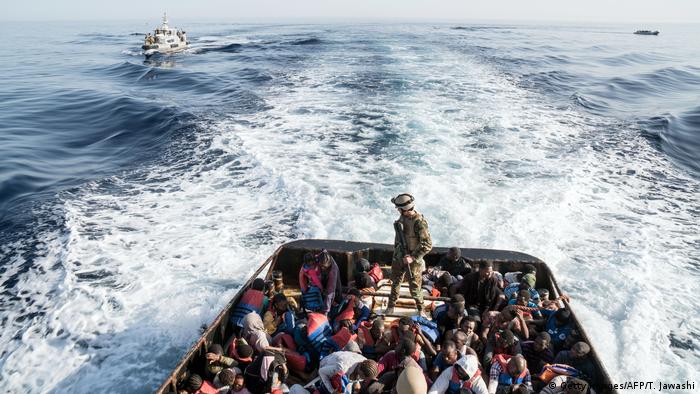 Thousands of sub-Saharan migrants have been trapped in Libya after the UN-backed Government of National Accord (GNA) in Libya pursued a policy of detaining migrants from sub-Saharan Africa following pressure from Brussels to do more to curb the tide of migration.

Gerba Shehu, spokesman for Nigeria's president Muhammadu Buhari, told DW that the government will do everything it can to return Nigerians in Libya to their own country. But he noted that more had to be done about human traffickers, even those operating outside Libya.

"They are also here in the Ivory Coast, where people are being channeled towards Libya," Shehu said.

Read more: Stable Libya is 'five to 10 years' away

Since dictator Moammar Gadhafi was toppled with international assistance in 2011, Libya has descended into chaos, with warlords, terror groups and competing governments claiming power across the fractured country.

Human traffickers have exploited the security vacuum and promised passage to Europe to hundreds of thousands of sub-Saharan Africans, many of them fleeing conflict and extreme poverty at home. 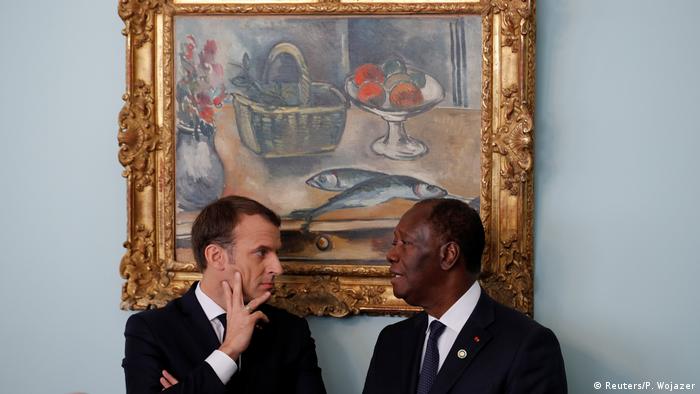 No 'Marshall Plan' for Africa

The two-day summit was expected to tackle the challenges arising from Africa's booming population, which is expected to reach 2.4 billion people by 2050.

EU and African leaders have warned that without fast-tracked development, millions of African youths may attempt to flee to Europe in search of a better life or turn to Islamist militant groups as an alternative.

"An important opportunity was missed here," Friederike Röder of the French development organization One told DW. "All heads of government agreed on the challenges of demographic change in Africa" but stopped short of establishing new initiatives, not even the "Marshall Plan for Africa" previously discussed by Germany, she added.

Barbara Wesel contributed to this reporting from Abidjan, Cote d'Ivoire.