France has called for an emergency meeting of the UN Security Council to discuss slave-trading in Libya. It follows reports of Africans being auctioned at markets to North African buyers. 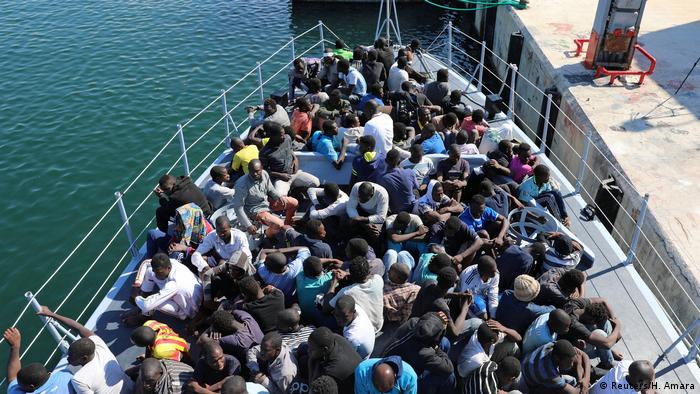 President Emmanuel Macron said via Twitter on Wednesday: "Trafficking in human beings is a crime against humanity."

His comments came after Foreign Minister Jean-Yves Le Drian responded to a question on the subject in the National Assembly:  "France decided this morning to ask for an urgent meeting of the United Nations Security Council to discuss this issue."

"We are doing it as a permanent member of the Security Council. We have this capability and we are using it," Le Drian said.

After meeting in Paris with the head of the African Union, Alpha Conde, Macron made a commitment for further action: "We can go much further to dismantle the networks" of the traffickers, he said.

There have been reports by migrants about slave markets in Libya for nearly a year. A UN report published last December said that migrants detained in Libya were without access to legal process.

One migrant, 22-year-old Sanogo, said he was captured by people who said they were police before he was sold to a slave trader and forced to work on a tomato farm.

In April, Mohammed Abdiker, the International Organization for Migration (IOM)'s head of operation and emergencies said: "The latest reports of 'slave markets' for migrants can be added to a long list of outrages [in Libya]."

Abdiker added: "The situation is dire. The more IOM engages inside Libya, the more we learn that it is a vale of tears for all too many migrants." 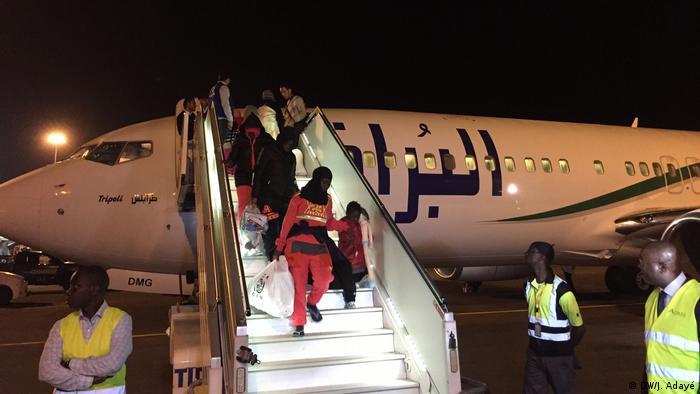 Migrants returning to Ivory Coast after escaping slavery in Libya

This week, US broadcaster CNN showed footage of migrants in Libya being auctioned for as little as $400 (€340).

Le Drian said the Libyan authorities had begun an investigation after being alerted several times. The minister said on Wednesday that he hoped it proceeded quickly to justice, failing which "we will have to initiate an international procedure of sanction."

"We hope there is an awareness among the Libyans concerned of the need to move quickly in the face of the tragedy that we have seen," Le Drian said. The situation on the ground in Libya has been complicated as rival rulers in Tripoli and Tobruk, along with various militias have fought for power since the collapse of the regime of Moammar Gadhafi in 2011.

French lawmaker lawmaker Jean-Philippe Nilor said in parliament: "In Libya, a country in charge of managing Europe's southern border, slaver mafias who have been de facto legitimized by Europe are profiting from human misery."