UN: EU cooperation with Libya has led to 'unimaginable horrors' for migrants

EU-backed agreements between Italy and Libya have reduced the number of migrants reaching EU shores. But the cost has been "unimaginable horrors," according to the UN human rights commissioner Zeid Ra'ad al-Hussein. 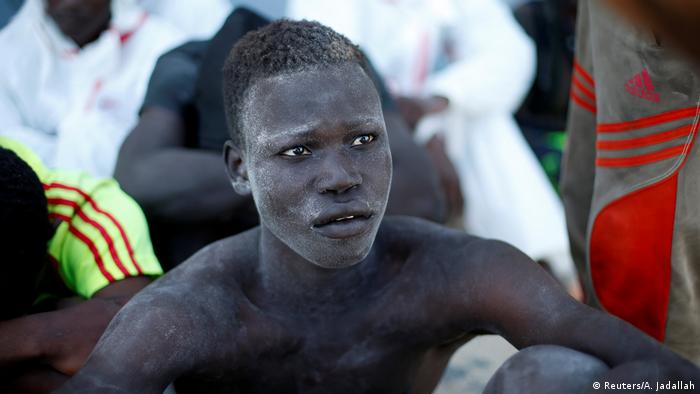 The European Union's (EU) policy of helping Libyan authorities in detaining migrants has been "inhuman," UN human rights commissioner Zeid Ra'ad al-Hussein said on Tuesday. "The suffering of migrants detained in Libya is an outrage to the conscience of humanity."

Zeid added they had seen evidence of widespread torture, rape and forced labor. At one point, the inspectors saw "thousands of emaciated and traumatized men, women and children piled on top of each other, locked up in hangars with no access to the most basic necessities."

According to Libya's Department of Combatting Illegal Migration (DCIM), 19,900 people were being held in facilities under its control in early November, up from about 7,000 in mid-September.

Read more:  Is the EU putting African migrants at risk?

The Italian government signed multiple deals with the Libyan coast guard in the summer with the EU's backing. Rome also allegedly signed agreements with local militias.

Under the agreements, the EU and Libya cooperate in intercepting migrants as they try to cross the Mediterranean for EU shores and returning them for detention in Libya.

Migration from Libya to Italy, which had been a primary route for many Africans migrants, dropped substantially after the deals came into force. The number of detainees in the country was two and a half times higher in November than in mid-September.

But Zeid, who has criticized EU actions in Libya before, stressed that the agreements have not improved migrants' living conditions or protected them from abuse.

He also dismissed a meeting between African and European interior ministers in Bern, Switzerland on Monday that ended with both sides agreeing on improving detention conditions in Libya.

"The international community cannot continue to turn a blind eye to the unimaginable horrors endured by migrants in Libya, and pretend that the situation can be remedied only by improving conditions in detention."