Opinion: Merkel must step up her China strategy

On her latest visit to China, Angela Merkel managed to sign 11 deals and also brought up the Hong Kong crisis. But she failed to take a genuinely courageous and determined stance on China, says Maximiliane Koschyk. 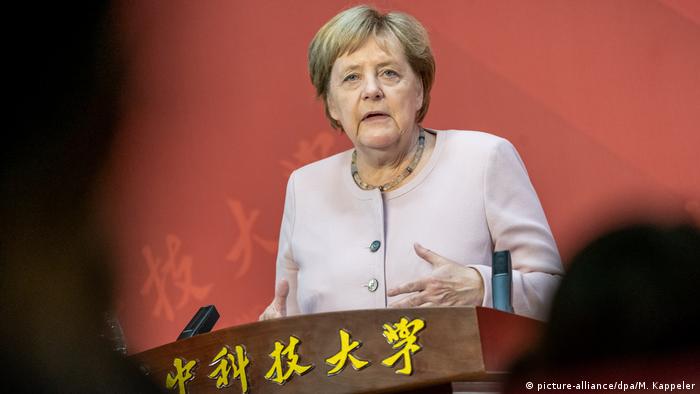 Was the latest Germany-China summit a success? Judging by the number of signed deals and how often "human rights" were mentioned, yes. But while German Chancellor Angela Merkel publicly and privately commented on the ongoing Hong Kong protests, and will now be returning to Germany with no less than 11 cooperation agreements, her recent visit to China will satisfy neither business representatives nor human rights activists.

The Federation of German Industries (BDI), for instance, criticizes that German industry finds itself losing out trying to compete against China's state-run economy. And those who had hoped Merkel's trip would lead to genuine dialogue with China's civil society were similarly disappointed. After all, Merkel only meets human rights lawyers in private.

Germany must wake up

With regard to China, Berlin still adheres to the outdated belief that trade can lead to political change. While former German Chancellor Willy Brandt once successfully pursued a strategy of "change through rapprochement" during Cold War times, a liberal "change through trade" version of this does not work with China — a fact that Germany's foreign policy establishment still refuses to acknowledge. Alas, the Hong Kong situation makes clear how little mainland China cares for free, democratic, constitutional order.

Merkel must now take a clear stand on China — just has she has done previously with Russian President Vladimir Putin on the Ukraine crisis, or with US President Donald Trump on his sexist behavior and attitudes. Unfortunately, however, Merkel does not seem to want to risk upsetting China. 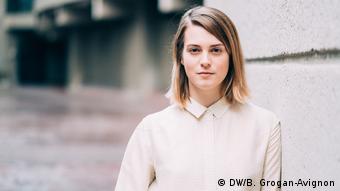 Germany's hesitance undermines its standing in international affairs. Other EU states are critical of Germany's ambivalence towards China — and without backing from the bloc, Germany risks being overshadowed by China and the US.

This is exactly why Merkel is keen to see the EU sign a joint investment agreement with China. Yet with Germany failing to adopt a clear position on China, the EU will struggle to do so as well. And this makes reaching any kind of agreement with China very difficult indeed.

Read more: EU must be united on trade with China

After 13 years in office, Merkel is running out of time; her recent visit to China may have been one of her last as German chancellor. Her tenure ends in 2021, after which she plans to leave politics for good. During Germany's presidency of the European Council in the second half of 2020, the chancellor plans to host a EU-China summit in Germany.

By that time, Merkel must develop a clear position on China. After all, she has made a European Germany the leitmotif of her time in office — so failing to take a determined stance on China could undermine her political legacy.

Germany's Angela Merkel urges China to do more for climate

German Chancellor Angela Merkel has underlined the importance of international cooperation on both global warming and global trade in a speech to Chinese students. She also criticized China's social credit system. (07.09.2019)

Angela Merkel in China: A trip fraught with difficulties

The German chancellor is a regular visitor to China. But amid economic and political unrest, her upcoming talks with the Chinese leadership are expected to be far from straightforward. (06.09.2019)

Activists in Berlin urge Merkel to back Hong Kong protesters