Opinion: Freedom of the press — A pillar of every democracy

Restricted press freedom is not just a problem in countries led by autocrats. That freedom is also under threat in ever more democracies, thus endangering their very core, says DW Editor-in-Chief Ines Pohl. 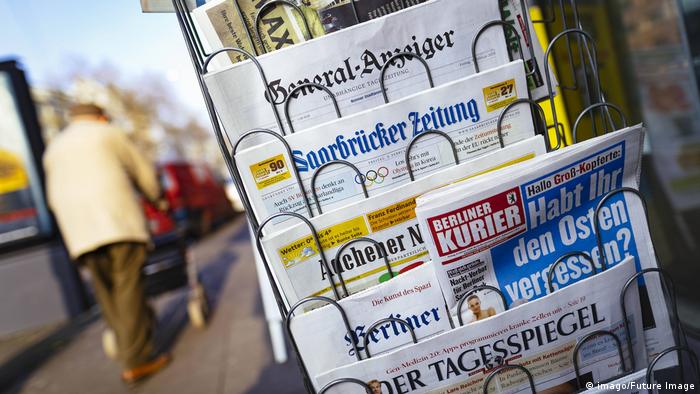 The right to freedom of expression is not a luxury good. Unlimited freedom of the press is not something democracies can do without, but rather something they must defend with all their power. Freedom of the press is one of the pillars of the democratic form of government, one that guarantees the greatest possible freedom to every individual and the greatest protection to minorities. It is only possible to uncover — and in the best case hinder — corruption and injustice when everyone has the right to freely express opinion, to critically question the goings-on of politics and business, to investigate unobstructed and to publish the results of one's research.

Of course there is nothing new about that observation. Of all people, we Germans learned from the Nazi era just how important independent reporting is. It was no coincidence that Adolf Hitler's reign of terror began with the end of press freedom.

And it means we must demand our own government and opposition parties act with purpose to do just that — diplomatically, but also with precise action when necessary.

The EU must reflect upon how it intends to deal with member states that successively limit press freedom, passing laws to that end while at the same time firing critical judges and silencing critics. It must be made unmistakably clear at accession talks for aspiring member states that press freedom is not negotiable, and that without it there is no possibility of membership. Lax attitudes toward new member states in this regard over the past few years have come to haunt the EU.

The trends that we are witnessing within Europe are anything but banal. And things are coming to a head in countries like Poland, Hungary and Romania.

The situation for bloggers and citizen journalists — who are in many places one of the few sources of independent information — has deteriorated to the point of being life-threatening. This year alone, some 13 such people were killed worldwide, almost twice as many as in 2017.

But direct violence against journalists is not the only threat. Politicians like Donald Trump or Vladimir Putin know where journalism is most vulnerable: With its most valuable commodity, its credibility. When the US president attacks the media as "fake news," it is about much more than simply distracting from his own most recent lies. It is a long-term strategy designed to undermine the credibility of his most dangerous critics, and thus to weaken those who are in the process of uncovering his machinations and their roots.

That also means journalists and media companies must rise to the challenge and conduct their research even more carefully, question their own colleagues even more critically and admit to mistakes without reserve. For every intentional misconduct, every unfounded escalation and every one-sided representation simply plays into the hands of those intent on keeping citizens from informing themselves in order to form their own opinions — the prerequisite that ensures elections are truly democratic.

In much of the Middle East, journalists' work is systematically hindered. The situation has enormous consequences for these societies at large: The free expression of political thought is impossible for most people. (25.10.2018)

Courtney Radsch: 'For journalists around the world, the situation is more dire than ever'

#Article19ForAll: The Committee to Protect Journalists is an independent organization that defends journalists' rights. Its Advocacy Director Courtney Radsch says Article 19 has never been more threatened. (03.12.2018)

Venezuela: Maduro says EU observers of elections are 'enemies' and 'spies' 5h ago