Claas Relotius told people he would give donations to two Syrian orphans he claimed to have met. But the money seems to have gone straight into his own bank account. 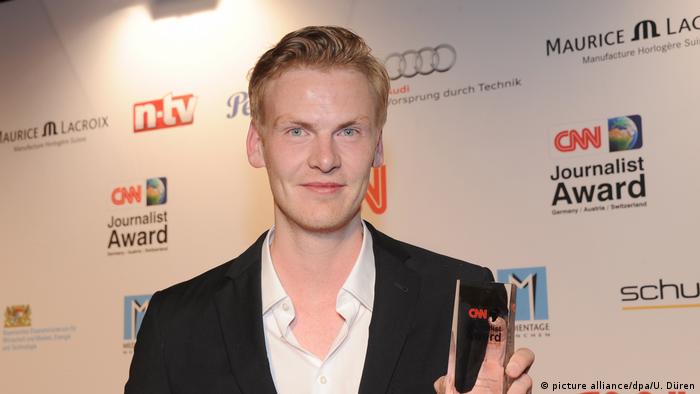 Germany's Der Spiegel magazine announced on Sunday that it was filing a criminal complaint against disgraced journalist Claas Relotius over suspicions he set up a phony donation campaign to help  Syrian children he claimed to have met in 2016.

"The fate of two Syrian children described in Relotius' story 'King’s children' so moved readers that they wanted to donate to them," Spiegel editors wrote on the magazine’s website.

However, it became clear that "he collected the readers' money under false pretenses, which he apparently has not, as promised, passed on," the editors continued.

Relotius was also accused of falsely claiming in a recently published journalism anthology of having helped the two children to be adopted in Germany.

According to the Turkish photographer who worked with Relotius on the story, but did not read the text until recently as it was in German, the children in question were not even siblings, and the boy, who was not an orphan, is still living in Turkey, not Germany.

Refusing to allow his articles to be translated is one of the many ways that Relotius was able to sustain his fictions. Most of his stories took place outside Europe. The various outlets he worked for have said that he made up different excuses for each article as to why they shouldn't be translated and was believed almost without question. 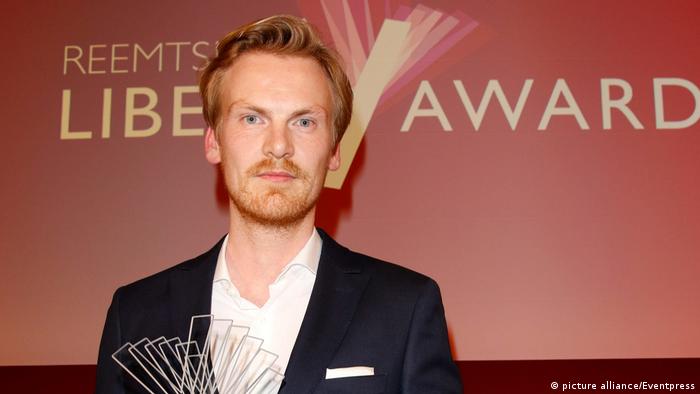 33-year-old Relotius had won numerous awards, including from US broadcaster CNN, and was recently named German Journalist of the Year. These prizes have since been revoked.

Questions have now arisen over Relotius won numerous international awards for work in German outlets like Die Zeit and Die Welt. He wrote more than 60 articles, however, for his primary employer Der Spiegel, who now refer to him as "the former freelancer," in an apparent effort to distance themselves from a suspected criminal.

His colleague, the Spanish-born German journalist Juan Moreno, was ignored for weeks while voicing his concerns about the veracity of Relotius' reporting about supposed militiamen on the US-Mexico border.

Many are calling for soul-searching across the German media, and asking for an examination of why Moreno and Relotius' other critics were dismissed (many of them not German, or German with immigration in their background), the "bubble" of German-based outlets, how aspects of "star reporter" culture played a role, as well as power structures that award mostly "intrepid" young, white male reporters who go abroad over journalists from the countries in which they are reporting.

Attention has also been brought to the fact that many of the prize-givers, such as for the German Reporting Prize awared by Germany's Reporter Forum network, tend to have few, if any, minority voices on their juries.

In Spiegel's most recent issue, the magazine tries to take stock of how Relotius was able to perpetuate his deception.

As part of their attempt to make amends, Spiegel offers both a painstaking comb-through of Relotius' articles and more than a few excuses over the failure of its reportedly "world-class" fact-checking department, where the magazine says 60 journalists are employed.

The magazine also names several editors who failed to properly vet Relotius' stories, Ullrich Fichtner, who will take over as one of the editors-in-chief of the magazine in February 2019.

With regards to the story at the US border with Mexico, the magazine says "they can verify quite a bit, with databases, in digital archives… but what one man in the desert does in the night, is difficult to verify completely."

However, this does not account for the fact that there were many public figures in Relotius' story where a single phone call may have been enough to clarify the lies. He told editors he had forgotten or misplaced recordings of some of his interviews.

These included the parents of US athlete and activist Colin Kaepernick, and the last surviving member of the anti-Nazi White Rose resistance group.

Two community leaders from Fergus Falls, Minnesota, say as much in the issue – "a call would have sufficed."

A typical Trump town, or not?

Fergus Falls was the subject of an eviscerating piece written by Relotius in the wake of US President Donald Trump's election that seemed to confirm every European stereotype of a Trump-voting town.

Many of Relotius' subjects, who were able to read parts of the text, immediately reached out to Spiegel to clarify the many errors after the piece was published in March 2017.

However, like many others who claim to have approached the magazine with evidence against the "star reporter," they were ignored until Moreno was finally able to prove his point.

Award-winning German journalist Claas Relotius made up many of his scoops. DW's Sandra Petersmann thinks the revelations are especially dangerous at a time when populists seek to undermine the press and democracy. (21.12.2018)

Richard Grenell has demanded an investigation after a journalist for a respected news weekly in Germany was caught falsifying reports from the US. The magazine has rejected claims of anti-Americanism. (22.12.2018)