How oligarchs captured Central Europe′s media | Europe | News and current affairs from around the continent | DW | 23.11.2018

Journalism is a dangerous job in Central Europe. Hungary and the Czech Republic have shown how three or four oligarchs can hand the government an almost total stranglehold. 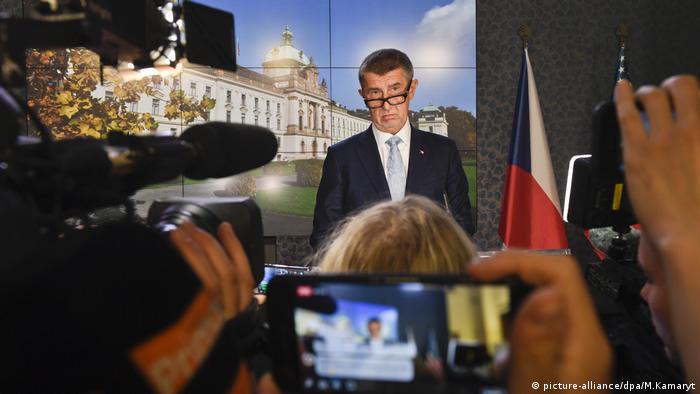 Magdalena Sodomkova doesn't know for sure that the break-in had anything to do with the story, "but it's strange, don't you think?"

"I called my colleague Sunday evening: 'I have very good material, and I don't want to keep it at home because I don't feel safe.' Twelve hours later somebody broke into my flat. They took my computer, my cameras, my recorder, my flash cards. OK, maybe it was just some chance, just a normal robbery, but … wow."

The Czech reporter, who spoke at the FOME Symposium on Media Capture in Berlin this week, was working on a radio documentary about corruption in the justice system. A week earlier, an interview with the police turned into a warning.

"I wanted them to speak out, but they didn't want to be quoted, they didn't want microphones, they were very afraid," she recalled. "I said: 'You are policemen and you are afraid?' And they answered, 'You should be afraid too.' I said, 'Why?' 'Well, they can rob your flat.' And one week later it happened."

That same week, Sodomkova read about the murder of Jan Kuciak, the Slovak journalist who apparently fell victim to a professional hit man in February after investigating tax fraud allegations against top businessmen with connections to the highest level of the Slovak government. 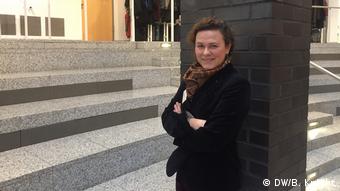 Read more: After Kuciak, killing journalists now within the realms of possibility

There's an ironic root to Sodomkova's unsettling encounter with the Prague police. The reason she began working on freelance investigations in the first place was because in 2015 she was forced out of her job at a magazine owned by Andrej Babis, then finance minister, now prime minister of the Czech Republic (top photo).

This is the same Andrej Babis whose companies faced investigations by the Czech police and the European Anti-Fraud Office (OLAF) for illegally taking EU subsidies, and who may therefore not be keen on journalists interested in the Czech justice system. (In the end, he needn't have worried: Sodomkova heard recently that her documentary had been axed.)

Babis' strangulation of the Czech newspapers was slow. Sodomkova, who had spent seven years working for Mlada fronta DNES, one of the biggest papers in the country, was suddenly told that her stories were too long and complicated. "Why don't you write about food, or fashion?" her editors suggested. "And I noticed the manipulations: people were blacklisted so we couldn't interview them."

Then one day she was sent to write a story about poor people in the countryside living lifestyles based on recycling. "I was already suspicious, because we never write about ecology in the Czech Republic," she said. "Then I realized Babis wanted to publish the magazine on recycled paper to save money, and he wanted to justify it like it's an ecological step. So I said: 'So you want to misuse me as a journalist, and I'm going to misuse these people living in the countryside?' So I started to make a scandal."

Eventually her boss told her straight: "'There are new rules now and if you don't adapt to the new rules you're going to be sacked,' he said. This is something from the communist times, you know?"

Read more: My Europe: Why Eastern Europeans like Donald Trump

The creeping erosion of press freedom across Central Europe is now well established, but the situation in the Czech Republic is unprecedented, according to Marius Dragomir, director of the Budapest-based Center for Media, Data and Society (CMDS). "You always had politicians or political parties connected with companies buying media," he told DW. "But you never had a prime minister in office controlling the media directly through his companies." 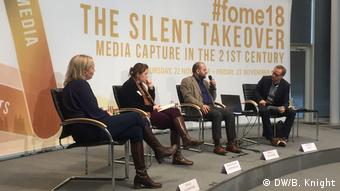 The FOME Symposium in Berlin covered 'media capture' around the world

A glance at the CMDS website shows that Babis is heavily involved in a network of investment companies controlled by various oligarchs who benefited from the aftermath of the 2008 financial crisis, when largely German companies sold off their media assets in the Czech Republic. "All these people control almost everything," said Dragomir. "And out of that, the prime minister controls a big, big chunk. He controls the largest publishing house, he controls the largest radio station in the country, and he just bought another publisher a month ago."

Hungary can tell a similar tale: here too, oligarchs friendly with Prime Minister Viktor Orban moved in as Western companies left, taking over virtually all the media outlets in the country in the last three or four years. They did this, Dragomir said, in the same way that all the industries that required state licenses in the post-communist era became subjugated to these close connections between politicians and businessmen. "Everything that has to do with how the state was created after communism is linked with the oligarchical model, and media is obviously a big part of that," said Dragomir.

Read more: Germans warned to be careful on social media when in Turkey

Not that the law, either domestic or EU, has been able to do anything about it. "We thought it would be difficult, but the Hungarian case showed it's possible, using three or four oligarchs, to actually buy everything in the country, starting with the mainstream media even to the local level — local newspapers, regional newspapers, basically everything," he added.

The effect on the content has been a "disaster," said Dragomir. "Any sort of monitoring shows there's a very obvious slant toward the government," he said. "But more importantly against the government's enemies, like US-Hungarian financier George Soros. It's all covered in a very poor and biased way."

All this, incidentally, is happening at the heart of the EU, because member states are subject to the subsidiarity principle, which means they have the right to administer their own media laws. Virtually powerless, Brussels is reduced to offering political protest statements, and hoping that anti-trust laws might break the stranglehold.

George Soros' university set to move courses out of Hungary

The university trustees have set a deadline of December 1 for an agreement to be signed so its legal status in Hungary is resolved. If not, new students will be heading to Vienna for their courses. (25.10.2018)

A Slovakian journalist was murdered, and in Hungary and Poland media are coming under increasing pressure from the ruling Fidesz and PiS parties. But changes for the worse in the Czech Republic are less well known. (03.05.2018)