Obama: From popstar to a leader who couldn′t fulfill all Germans′ hopes | Germany| News and in-depth reporting from Berlin and beyond | DW | 15.11.2016

US President Barack Obama is visiting Germany, a country where the people and their chancellor have almost always welcomed him with open arms. 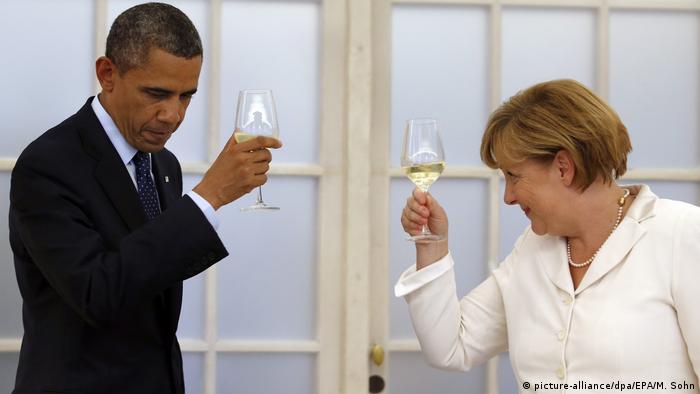 There was a time when Barack Obama was treated like a popstar in Germany. It was the summer of 2008 when the Democrat visited Berlin. He had yet to be elected president. Over 200,000 people gathered to watch the candidate speak at the Victory Column in the center of the German capital.

German Chancellor Angela Merkel hadn't allowed the presidential candidate to host his rally in Germany at the Brandenburg Gate - a popular, but rarely permitted spot to speak for foreign heads of state.

It was perhaps this first exchange between the chancellery and the future president which began a relationship that took some time to warm up. Once Obama was in office, Germans overwhelmingly supported the new US president. 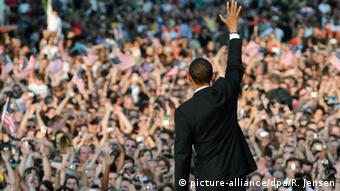 Obama was treated like a popstar during his first visit to Berlin in 2008 as a presidential candidate.

His predecessor, George W. Bush, had started two wars - in Afghanistan and Iraq. As his term came to a close, only 14% of the German public trusted his ability to handle world affairs. Barack Hussein Obama gave fresh hope for better relations between Germany and the United States and an end to the conflicts.

In Obama's first year, 94 percent of Germans trusted him. "Obama has made the United States an international partner once again; one that acts in accordance with others. Transatlantic relations have become much better," Jürgen Trittin, a member of the Committee on Foreign Affairs and a Green party parliamentarian, told DW.

While the majority of Germans loved the 44th president when he first took office, Merkel and Obama had yet to learn to love each other. Early in Obama's presidency, Merkel reportedly expressed doubts about the young president. Those were dispensed with during Obama's first term.

People close to the two leaders say that the pair bonded over their similarities in personality and their mutual political interests. Obama and Merkel's international friendship grew increasingly stronger over the years, culminating in the US leader's praise of the chancellor for her immigration policies. "She is on the right side of history on this," the Obama said of Merkel's decision to open Germany's borders to over 800,000 refugees in 2015.

"This is as important a relationship as I've had during the course of my presidency," Obama said in April 2016 while visiting Hanover. "Chancellor Merkel has been consistent; she has been steady, she is trustworthy. She has a really good sense of humor that she doesn't show all the time at press conferences. That's why she's been such a long-lasting leader, because she watches what she says." 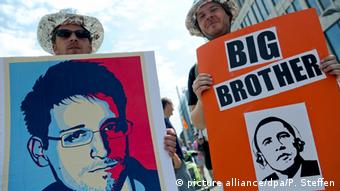 During their eight years together as leaders of their respective countries, Obama and Merkel became the cornerstone of the Transatlantic alliance despite multiple challenges, including the NSA scandal.

Bump in the road

In 2013, news reports revealed that the US intelligence service had been collecting massive amounts of data on German citizens - and had been tapping Merkel's cell phone. The chancellor was not amused: "Spying among friends is not at all acceptable," she said.

The situation wasn't resolved until Obama's chief of staff went to Berlin to cool the tempers - a rare mediation move after Merkel had ejected the CIA station chief in Berlin because it was alleged the agency was recruiting German intelligence officials. 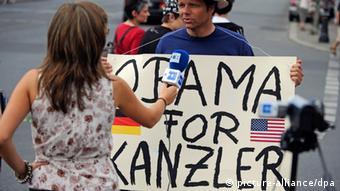 The love affair between the German public and Barack Obama was also not as steady. Even though some polls indicate that 92 percent of Germans would have voted for Obama in his second presidential election 2012, trust in the US president went downhill with the NSA scandal. The revelations provided by Edward Snowden fueled Germans' fear of overreaching US surveillance.

Under Obama the US military fought with fewer foot soldiers and more aerial drones - something not seen favorably by many in Germany. Also controversial was his failure to close the highly controversial prison in Guantanamo Bay, Cuba, despite campaign promises to do so. And thousands took to the streets to protest one of Obama's signature projects, TTIP, the Transatlantic free trade agreement.

Much of that criticism however, has become muted in light of Donald Trump's victory in November's presidential election. Most German politicians did not hold back their disbelief on election night: they expected to see Hillary Clinton as a reliable partner for Germany in the White House.

This will be the sixth time Obama visits Germany in his two terms as president - his most-visited country along with France. There is, however, no country outside of the United States where Obama's Air Force One has landed more often than Germany. The US military base at Ramstein is a hub for the president's plane nearly every time he flies to the Middle East, Africa or Asia. 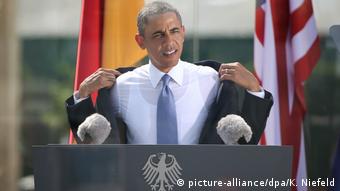 It was a sweltering day in 2013 when Obama visited Berlin and was finally able to speak at the Brandenburg Gate. There he took off his jacket and told the crowd to do the same in case they were feeling hot. The onlookers cheered back at him. They liked Obama's natural casualness - a feature not so common among German politicians.

Germans also liked that he pulled most US troops out of Afghanistan and Iraq. They liked that he was able expand healthcare access for Americans. And they liked that he pledged to fight climate change. "Many Germans could connect to the progressive agenda of President Obama," Niels Annen, Foreign Policy spokesperson for the center-left Social Democrats, told DW ahead of Obama's visit. "And they are still fascinated by his personality. We are going to miss him. We are already missing him."

Even though the euphoria of eight years ago has faded somewhat in 2016, when Obama makes his goodbye visit to Berlin, many in Germany find the current US leader better than his predecessor, George W. Bush, and much preferable to his successor, Donald Trump - at least for the moment. Germans will remember the outgoing president as a beacon, but one that couldn't fulfill all their hopes.

On his final international tour as US president, Barack Obama has advocated for debt relief for Greece. The Greek prime minister is counting on Obama to deliver that message to Chancellor Angela Merkel later this week. (15.11.2016)

Launching his final foreign trip as United States president, Barack Obama has said that a strong and unified Europe is "good" for the US. He also said NATO is "absolutely vital" for US security and prosperity. (15.11.2016)