In an interview with Deutsche Welle, Norway's foreign minister says nations will need to agree on codes of conduct for exploiting the Arctic, as climate change opens new possibilities in the region. 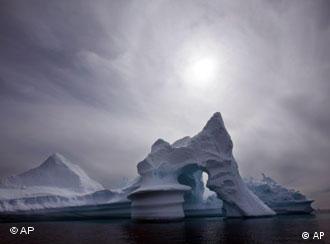 Climate change is opening the Arctic to oil and gas exploration

Jonas Gahr Store: We have to avoid that this becomes a threat and that is why we need very stringent national legislation for what concerns our close abroad areas. But we also need close international cooperation, so that the standard for any economic activity ranging from fisheries to minerals holds high standards.

That's a local environmental challenge for the Arctic, but the Arctic is also feeling the consequences of global climate change, and that means we will need to bring these issues to the international negotiation tables as the world strives towards…a global climate deal.

There has been a lot of environmental concern about the latest announcement by BP and the Russians about drilling in the arctic. Given the fragile environment and BP's security record, how do you feel about that? 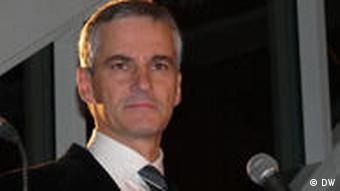 Well, I'm not passing any judgment on that. I would say we expect that there will be very stringent regulations concerning drilling in the Arctic. We have just begun very cautiously in the Barents Sea using those stringent regulations. We have gone a long way from the south of the North Sea up to the Barents Sea in what we expect and demand of companies. And now we work with the Russians also to develop common standards and what you would expect from a health, environmental and security perspective.

There has been a lot of international interest from countries like China, non-Arctic nations, in the resources of the Arctic and also in the shipping routes. What does it mean for your policy?

This is what we have to expect in this century, not all year around traffic, but few months a year you can actually sail from Europe to Asia through the North-East passage and even through the North-West passage. And then responsible governments have to make regulations that will make that safe, that's the point. The Arctic Council here is the body where Arctic states can make decisions, and it's through the Arctic council that we can deal with the interests from China, South Korea, India and Asian countries.

It's a new map which is being drawn. This is not the cold war between the Soviet Union and the Warsaw pact and the NATO and so on. This is a new setting which we have to adapt to. And we have to get rid of all our mental maps which kind of design the other as an enemy simply because that is how it used to be and see that we have to solve most of these issues together. We have to be part of each other's solution to these challenges.

That is happening. Norway and Russia are now striking deals you could not dream about 20 years ago. And that I think carries some hope that the Arctic can be a region of cooperation and not one of disputes. 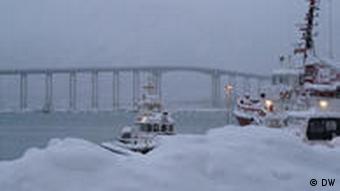 Tromso is Norway's gateway to the Arctic

Isn't it a paradox that we are gaining more access to fossil fuels which are in fact the drivers threatening climate change?

It is a paradox if we do it in the old way. These resources will not be easily accessible in these waters, let's not forget that. There are other areas in the world where they are more accessible. If we say, from Norway's side, we will stop all gas exploration as a contribution to a more climate friendly world - that will not be the consequence. The consequence will be that coal consumption will go up.

It's a hot issue for a cold corner of the world: how to divvy up the Arctic and its resources without starting a fight. That was the focus of the inaugural Arctic Forum in Moscow, which ends Thursday. (23.09.2010)

Off-shore oil drilling might have a bad name in the United States, but it hasn't stopped a plan to probe for oil in the remote waters around Greenland. A local shaman says the plan is a double-edged sword. (07.07.2010)