Off-shore oil drilling might have a bad name in the United States, but it hasn't stopped a plan to probe for oil in the remote waters around Greenland. A local shaman says the plan is a double-edged sword. 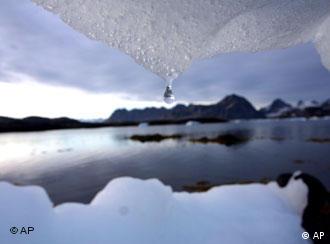 What lays beneath the surface?

The Inuit shaman Angaangaq is known and beloved not only in his native Greenland but far beyond its shores. His opinions on climate change and its consequences on life in the Arctic are well respected, and he has appeared before the United Nations several times to give voice to the rights of Greenland's indigenous population. 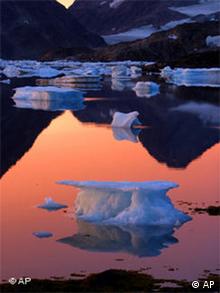 Although he doesn't welcome the drilling off his country's coast, he understands the logic behind it.

"The Eskimos want economic development just like Germany," he said. "What they have in Greenland is some of the biggest oils and gas on earth, so they want that wealth to live among them."

A ship belonging to Cairn Energy, an Edinburgh-based oil company, is already in Disko Bay to take two samples from the area on the border between Canada and Greenland. The company also hopes to receive authorities' permission to drill a second pair of wells.

Water depths for Cairn's wells are between 900 feet and 1,500 feet (275 meters to 457 meters); which are less than the 5,000 feet for BP's ruptured Macondo well in the Gulf of Mexico. Other oil giants, including ExxonMobil and Chevron, have exploration rights for fields near Cairn Energy's and are expected to pay close attention to the British company's test results.

Not far from the UNESCO natural heritage site of Ilulissat Icefjord, reserves of up to 50 million tons of oil are believed to be beneath the sea. For the local population, drilling represents both the possibility of an improved quality of life and economic independence from its financial keeper, Denmark.

But given the scale of the oil catastrophe in the Gulf of Mexico, Greenland does not want to drill at any cost. After consultation with Norway and the decision to adopt the strictest safety regulations and precautions, authorities in Greenland have given the project the green light. But even rigorous precautions cannot provide any absolute guarantees that nothing will go wrong.

The Ilulissat Icefjord is a UNESCO World Heritage Site

How well prepared they are, nobody really knows, but should they stop drilling or keep being dependent on the money from Denmark. Can the EU afford to support Denmark?" he added. "I don't think the EU can afford it, I don't think the Danish people can afford it. So what do we do? It's a dilemma."

Disaster in the making?

Scientists have warned that if there is any kind of disaster in the water and ice around Greenland, the consequences would be worse than those which continually to wash ashore from the Deepwater Horizon well in the Gulf of Mexico. 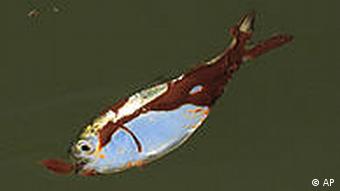 The cost of mining gone wrong

Even ship travel poses a threat for the Arctic's sensitive ecosystem. While just a few years ago the layer of ice on the north-east passage was still thick enough to prevent the passage of ships, tankers now frequently make the journey.

When the ice melts in the summer, it frees up the fastest sea route to Asia, saving shipping companies millions. Angaangaq said the number of vessels passing though increases daily and that most of them are insufficiently equipped for Arctic conditions.

"If they hit an iceberg we will repeat the stupidity of the Titanic and many people will be lost."

While the world fixes its gaze on the plight of those affected by the Gulf of Mexico oil spill, there are millions of people at the far side of the Atlantic suffering the same fate. But their stories are rarely heard. (27.06.2010)

In an interview with Deutsche Welle, the former director of the UN's environment program expresses his astonishment that the oil leak can't be stopped and demands consequences both at BP and beyond. (16.06.2010)

When the Wells Run Dry - Visions for the Gulf

The Persian Gulf oil fields are now past their peak. Sooner or later, the time will come when the oil wells no longer spout petro-dollars as they once did. (08.06.2010)