In an interview with Deutsche Welle, the former director of the UN's environment program expresses his astonishment that the oil leak can't be stopped and demands consequences both at BP and beyond. 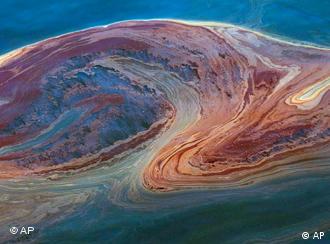 Deutsche Welle: Weeks after the explosion of the oil rig in the Gulf of Mexico it seems there is hardly any progress being made. Massive amounts of oil are still gushing out and no one, neither BP nor the US government, can do anything about it. Are you astonished that the world's superpower and one of the biggest oil company's can't stop an oil leak?

Klaus Toepfer: Definitely. I am to the utmost surprised. It is not the only exploration in these depths, there are lots of others and if there is no possibility to stop such a leak then that gives us a totally new impression about the way we produce oil offshore.. Yes, it is more than astonishing that something is licensed when you cannot handle a disaster like this.

President Barack Obama has been harshly criticised for his crisis management with charges that he has acted too late and not strongly enough. How would you rate Obama's handling of the crisis?

I think this was really an unexpected development. That he is doing his utmost right now using not only strong words against BP, but also to integrate all the capacities of the superpower goes withhout saying. So I wouldn't criticise him as harshly as he has been criticised by some commentators.

But this is a normal process in an open democratic system and you must be aware of those criticisms and you have to respond to it on a daily basis. You have to have a clear understanding of the concerns of all the people living in the area most affected by the disaster. You obviously have to focus on the ecological disaster, but this ecological disaster is linked with huge disaster for the people living in this region who earn their living with tourism, fishing and in other industries.

This serves as an important wake-up call that we now have to hurry up and change our options for producing electricity and energy so that we don't need to depend any longer on these kinds of risky offshore endeavors.

BP has also been criticised very sharply over its handling and communication of the crisis. What grade would you give them? 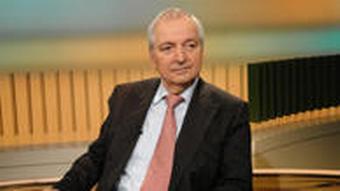 I really believe they lost the control over how to handle the crisis and failed to live up to their responsibilty. Their performance wasn't good at all and I am fairly sure that this will have consequences not only within BP, of course it has to start there, but for the industry as a whole. We have to be aware that this is not only about BP, but there are comparable situations involving others as we saw with the Exxon Valdez and the disasters off the European coasts.

Every crisis is of course an opportunity to learn and change something. What consequences must be drawn from this crisis now?

The first and most important consequence is: do your utmost to further develop new energy sources with lower risks. Because if we keep relying on fossil fuels, especially oil, we must recognize that the low-hanging fruits are already harvested and that we will maneuver ourselves into more and more risky and costly situations if we continue to rely on fossil fuels.

So it is high time that we further develop renewable energy and use sun and wind and biomass, geothermal and new energy sources like wave power. We also have to realize now that the dream that oil is cheap is finally coming to an end.

Of course it is easy to point one's finger at the Obama administration and BP for their handling of the crisis. But are we sure that something like this couldn't happen on our own front door in the North Sea where there are also oil platforms and drilling? Have Germany and European countries done enough so that something like that can't happen there?

This oil disaster ranks already as the US' worst environmental catastrophe in history. As the UN's former point man on the environment: How bad is this on a global scale?

This is a problem on a global scale without any doubt. One shouldn't exaggerate it, but if you see all the images and pictures one can conclude that this is not just a limited problem in one region of the world, it is a clear signal for the whole world to come to a new assessment about those kinds of drillings and about oil production in general. It would be a grave mistake to say don't worry this is only a problem in the Gulf of Mexico.

Klaus Toepfer is the founding director of the Institute for Advanced Sustainability Studies in Potsdam. From 1998 to 2006 he was executive director of the United Nations Environment Programme (UNEP). Prior to that he served as Germany's minister for the environment, nature conservation and nuclear safety between 1987 and 1994.

Obama hardens tone against BP as doubts over compensation persist

US President Obama has televised his tough stance against BP as oil continues to leak into the Gulf of Mexico. But it's unclear what legal mechanisms he can use to force the company to pay full compensation. (16.06.2010)

Compared to earlier oil disasters in Europe where thousands took to the streets, the outcry in the US over the BP spill seems rather restrained. But the lack of mass rallies shouldn't be seen as a lack of public anger. (15.06.2010)

British politicians and bloggers are bristling at what they see as Obama's anti-British comments regarding the BP oil spill in the Gulf of Mexico. Have the US president's remarks damaged the two countries' relations? (11.06.2010)