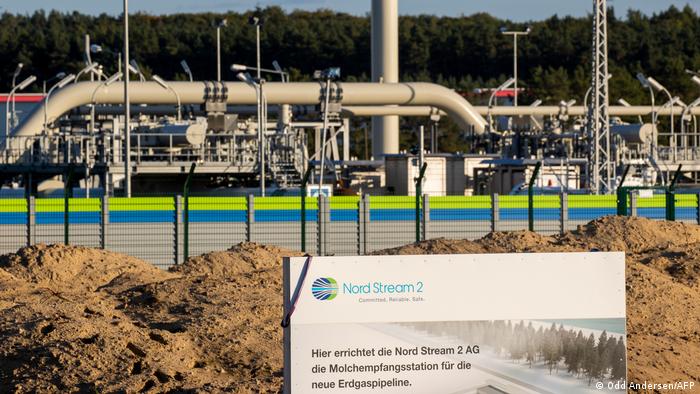 Construction on the controversial Nord Stream 2 pipeline in the Baltic Sea is set to resume next week, a company spokesman said on Saturday.

Work on the pipeline was at a standstill for a year as companies working on the project pulled out under the pressure of sanctions from the United States.

The company leading the project told news agency DPA it aims to get back to work by December 5.

The US and several of Germany's European partners have opposed the project, warning that Berlin will become too reliant on Russia for energy.

Nord Stream 2, which largely follows the route of the original Nord Stream pipeline, will double the amount of natural gas that Germany can import from Russia. The system is designed to deliver up to 55 billion cubic meters (1,942 trillion cubic feet) per year once completed.

Construction is nearly complete, but work came to halt suddenly in December 2019 near the Danish island of Bornholm when two Swiss laying vessels ceased working after the US threatened to impose sanctions on companies working on the project.

The announcement regarding the project's continuation was first reported by German radio broadcaster Norddeutscher Rundfunk following a statement by the Baltic Sea Waterways and Shipping Office in Stralsund.

The go-ahead allows the Nord Stream 2 company, majority-owned by Russian firm Gazprom, to finish the short stretch of the pipeline which remains.

The US government has remained hostile to the project.  Companies from the US also sell gas to Europe, but not as cheaply as that pumped from the Baltic pipelines.

The US also warned that the increased consumption of Russian natural gas would render Germany highly dependent on Moscow.

The EU and Eastern European countries worry about Russia's stranglehold over central Europe's access to energy. They also protested the loss of income in countries such as Poland, Slovakia, and Ukraine from transit fees.

Clouds gather over Nord Stream 2 in Germany after Navalny poisoning

Chancellor Merkel believes it's "wrong to rule anything out" when it comes to Berlin's reaction to the Navalny poisoning. This could spell trouble for Nord Stream 2, the massive gas pipeline linking Russia and Germany.

All eyes are on the chancellor as calls for Germany to end the Nord Stream 2 gas pipeline grow louder. By pulling the plug on the pipeline, Angela Merkel could make history all over again, DW's Miodrag Soric writes.