Keeping up with Germany′s endangered bats | Environment | All topics from climate change to conservation | DW | 30.04.2018

Keeping up with Germany's endangered bats 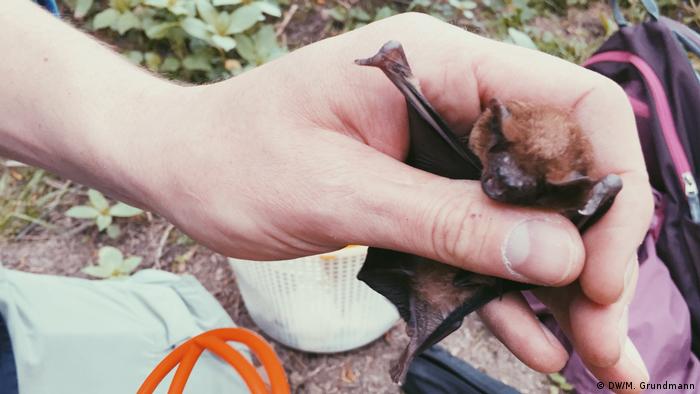 As you enter the Sieg estuary near Bonn, a weathered sign appears at the roadside: "Caution! Bats in residence."

The area is a traditional stopover for migratory bats, offering an abundance of insects to feed on and old trees to roost in while they rest and recharge. Every spring and fall, they stay for nearly a month. Other bat species, which don't migrate, hibernate here over winter.

Martin Koch, faculty of Biogeography at the University of Trier, is monitoring two migratory species in the area, Nathusius' pipistrelle and the noctule.

These bats are very regular in the migratory habits, visiting the same spots year after year. But some traditional rest stops are disappearing. Trees are cut down, robbing them of their roosts, and growing light pollution interferes with their ability to hunt. 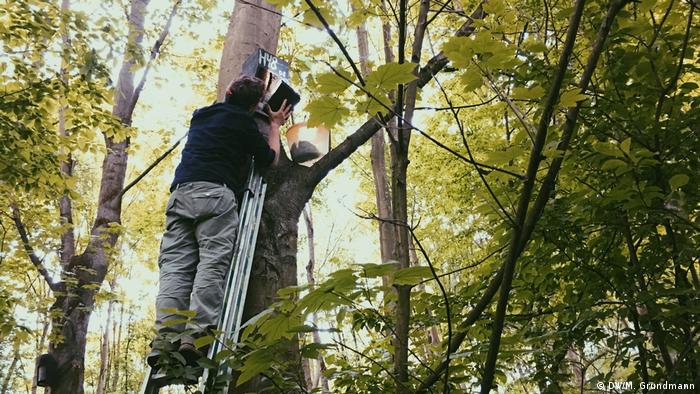 "We don't know how bats will react if they lose their traditional stopover sites," Koch told DW. "It's really important to identify their key habitats and keep a network of suitable habitats in Europe so the bats can actually really pass through all countries in Europe."

The bats stopping off at Sieg estuary will head north in spring. Some will end their journey in northern Germany, others keep going for the Baltic countries. In fall, their return journey may take them as far as southern France.

Keeping track of populations over such an area is a challenge. Which is why Koch makes twice-weekly rounds of the Sieg estuary's bat boxes – installed to compensate for a shortage of the dead trees – to check who's home. 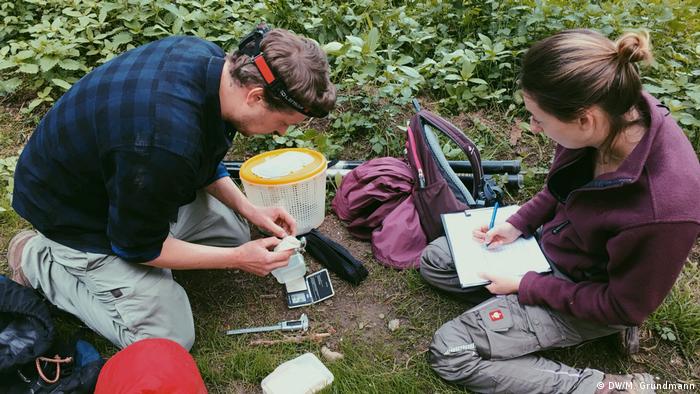 Individual animals are identified by a tiny metal band that researchers secure around each animal’s leg. This helps the scientists generate population statistics. And the need for such data is only becoming more pressing.

Deforestation and expanding cities aren't the only threat to Germany's bats. The country’s growing wind power sector could be bad news, as animals in flight collide with turbines. And grim news about the decline of insect life in Germany could also spell disaster for the airborne insectivores.

Koch proposes shutting down wind turbines at times when bats' migration path puts them at risk from the huge, rotating blades. But if bat protection is to be taken into consideration when designing policy – on wind energy development, forestry, agriculture and the use of pesticides – solid data is essential.

Fruit bats on the move

A German tradition in need of a boost

There are some 200 bat boxes in the Sieg estuary. If Koch finds one of them inhabited, he carries the sleepy creature down safely stored in a can, measures its weight and the length of its forearm, and if it doesn't have band, slips one on.

Researchers are also using nets – strung from a bridge, for example – to gather the data. Each animal caught is gently untangled and put though the same process of measurement and banding.

"Banding is a very easy way to collect data over several years," says Thalia Jentke, a research assistant at one of Germany's two bat-banding centers, in Bonn. "So we often have recoveries from maybe 20, 12 years before. This is an easy way to learn more about different bat species and their activity throughout the whole year."

The method has a long history in Germany. Naturalist Martin Eisentraut began banding bats in Berlin in 1932. He later became the director of the Alexander Koenig Research Museum of natural history in Bonn, bringing bat banding with him to the West German city in the 1960s.

And yet, researchers say, today there still aren't enough researchers banding bats across different parts of the country. That makes it impossible to say whether the population is growing, declining or remaining stable. 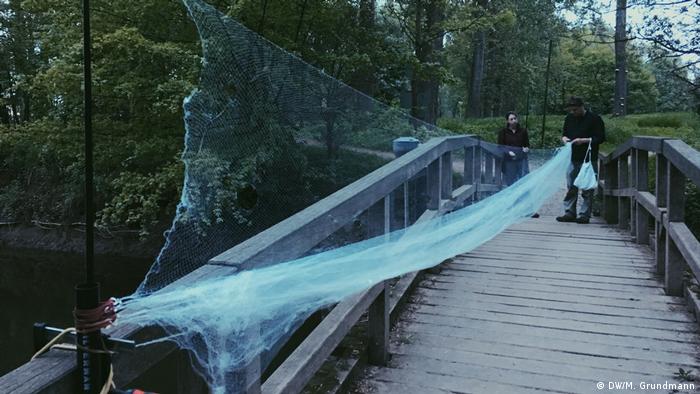 Good for bats, good for ecosystems

"We don't know if there are no bats or if there simply is no data about bats in those regions," she added.

An accurate picture of the health of bat populations can also take the pulse of wider ecosystems. "Bats are actually a very good indicator for habitat health and for connectivity between different places," Koch says.

With better data, scientific evidence could convince politicians action is needed to protect the county's bats – with wider benefits for other species. For example, if reducing pesticide use boosted the number of bats, they might in turn act as a natural form of pest control.

Heat waves in one part of the world, freezing blizzards in another — such weather extremes have a profound impact on wildlife as well. Here are some of the more surreal examples. (10.01.2018)

Love tequila? Then raise your glass to bats

The next time you decide to purchase a bottle of tequila reflect on this phenomenon: cocktails would be a lot less interesting without the contributions of tequila bats. (31.01.2017)