Love tequila? Then raise your glass to bats

The next time you decide to purchase a bottle of tequila reflect on this phenomenon: cocktails would be a lot less interesting without the contributions of tequila bats. 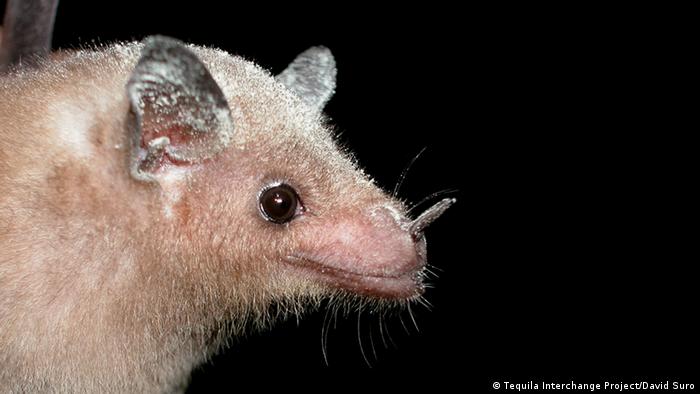 Bats are cemented in the popular imagination as fanged creatures of the night intent on sucking our blood. Rarely are they lauded for their role in bringing tequila shots and margaritas to the bars of the world. Yet without them, this beloved booze from Mexico might not exist.

These flying mammals and the agave plant - from which tequila is derived - have co-evolved over millions of years. The lesser long-nosed bat, or tequila bat for short, flies under the cover of night to feed on the flowering desert plant. In exchange for its nectar, the bats scatter the agave's seeds and pollen, allowing the spiky succulent plant to propagate and thrive in the wild.

With a range spreading across the American Southwest and much of Mexico, the bats are the primary pollinator of agave plants. But industrial farming practices in the tequila fields of Mexico disrupted that relationship many years ago, putting the tequila sector and the bats at risk.

The 'Bat Man' of Mexico

Tequila bats and agave plants have a mutually beneficial relationship

In Mexico, around 138 species of bat are known to exist in addition to 180 species of agave plant. "Mexico has more species of agave than any other country in the world," says, Rodrigo Medellin, a professor of vertebrate biology at the National Autonomous University of Mexico. Medellin, whose conservation work and lifelong interest in bats has earned him the moniker "bat man," is concerned about the resilience of both agave and its pollinators.

As the source of tequila, blue agave is one of Mexico's most commercially valuable crops. But during the 1990s, the monocropping of a single species of the plant led to disaster. A fungus chewed through row upon row of agave fields, extensively damaging the crop. Research suggests overproduction and poor land management practices were to blame. Medellin contends that the decline was also hastened by the loss of genetic diversity, thereby making the fields vulnerable to epidemics. "They lose genetic diversity each time they plant with clonal shoots," he said.

Today, the vast bulk of the tequila produced in Mexico is the byproduct of cultivars. That means the plants are carbon copies of each other, selected by growers for their quick growth rate and higher sugar content, rather than for their hardiness. Once they reach their peak, the entire agave crop is harvested before the plants have a chance to flower and go to seed. But in doing so, large-scale producers have removed a major food source from the bats' diet, while undermining the future of the tequila industry by not allowing for genetic diversity, Medellin explained. "You need to allow a few plants to bloom," he said.

To bring bats back into the equation, conservationist Medellin has joined forces with restaurant and bar owner David Suro, who founded the Tequila Interchange Project in 2010 to market and promote sustainable agave spirits.

While Medellin has been championing conservation efforts in Mexico and abroad, David Suro has been tackling the problem from a different angle. He formed TIP with the goal of overhauling the dubious reputation tequila has had in the eyes of American consumers. 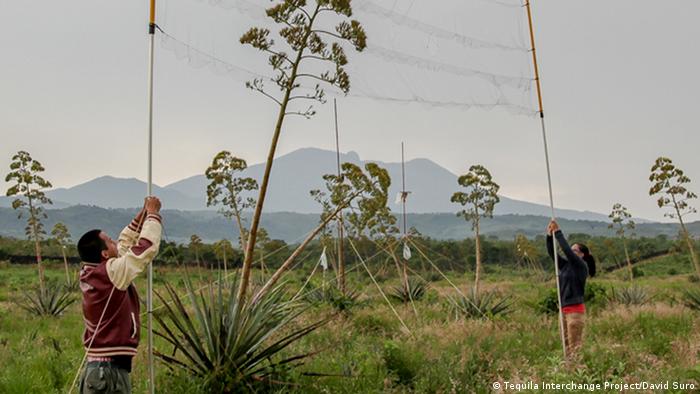 As the owner of a Mexican restaurant in Philadelphia, he knew his customers regarded tequila as the devil's brew because they told him as much.
To combat this bias, he sought out anthropologists and historians to better understand the role agave plants have played in Mexico's history and culture. A product of the arid landscape, ample sunshine and mestizo society, "tequila is very emblematic of Mexico," Suro said.

Through his work, Suro eventually encountered Medellin. After bonding over a shared interest in bats and agave propagation, they came up with a model for producing bat friendly tequila. The project involves a simple shift in agricultural practices that benefits plant biodiversity and bats.

"By allowing 5 percent of the agave plants to flower, about 225 plants per hectare, growers extend an invitation to those responsible for maintaining the genetic diversity of agaves: the bats!," according to TIP's website.

A small group of tequila producers in Jalisco, a Mexican state along the Pacific, agreed to join the pilot phase of the project, allowing a small percentage of their agave crop to go to seed in order to attract tequila bats. "We are crossing our fingers that the bats will bring what is desperately needed, which is genetic strength from wild agaves into the tequila fields," Suro said.

As of December 2016, the organization has produced 265,000 bottles of bat friendly tequila intended for sale and distribution in the US with more to follow. According to Suro, the second stage will involve working with artisans in southern Mexico, whose skill for producing agave-based spirits dates back to the Spanish colonial era. 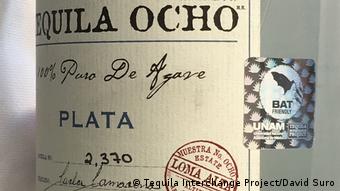 Bat friendly tequila could get people talking about the benefits of bats, say conservationists

Rob Mies, founder of the Organization for Bat Conservation, believes TIP is off to a good start. "Tequila opens up a door," he told DW. In short, the intoxicating allure of artisanal tequila made by skilled craftspeople is a good conversation starter for the role bats play as insectivores and pollinators in rural economies. It also helps that tequila has an outsized reputation for loosening tongues and opening minds, among aficionados.

As the coordinator for research projects that monitor the migration of bats across the United States, Canada and Mexico, Mies believes the initiative has a built in market. Tequila already has legions of fans in America and abroad. US residents have a powerful Texas-sized thirst for tequila, consuming approximately 120 million liters, per year. Bat friendly tequila "is a great way to tap into what people already enjoy, do and understand, and that's margaritas," he said.