Why urban wildlife is thriving in Berlin | Environment | All topics from climate change to conservation | DW | 07.07.2016

DW: Miss Koch, concerned citizens call you when they've had an encounter with a wild animal in Berlin. What kinds of wild animals do you advise Berliners about?

Katrin Koch: Foxes and raccoons can be found all over the city. They like to climb houses and play around in gardens and parks, they can even be found next to busy streets. The entire city of Berlin has become a habitat for foxes. In fact, studies show that there are now more fox dens in the city than in the forest. But there are also lots of boars, martens and rabbits crossing the streets.

Not to mention birds. Berlin is the city with the largest amount and variety of birds in Germany. We have songbirds, raptors like the white-tailed eagle - and in the past few years, we also have large seagulls breeding here. There is a huge colony of wild grey herons at Berlin's Tierpark that actually love it there because they eat the zoo animals' food. 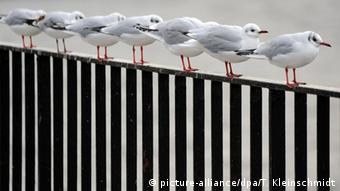 What makes Berlin so attractive for these animals?

I think the main reason they like living here so much is because it's much easier for them to find food here. In Berlin, foxes live off people's waste. They eat barbecue leftovers, and dog and cat food that's been left outside. So they've turned from hunters into gatherers.

The only things they're still hunting are rats and mice - of which there are plenty of in Berlin. Another reason they like the city is that no one hunts them here. They're relatively safe.

And there are so many green areas in Berlin. There are huge parks, lakes, city forests, water ways and abandoned railroad lines all over the city. From there, wild animals simply move into the rest of the city along these easy access routes.

Plus, it's easy to find shelter. Racoons live in caves and they actually find more caves in the city than in the countryside - whether this comes in the form of roofs, chimneys or hollow trees.

Usually people call you when they are concerned because suddenly there is a fox next to them. Which wild animals are people most afraid of, and why?

We get the most calls about raccoons and foxes, followed by martens and boars. It's not necessarily fear that drives people to call us, but more insecurity because these animals behave differently in the city than in the wild.

Take a fox for instance. Usually a wild fox would run for its life when confronted with a human, because they have been hunted so intensively. Not so in Berlin. Berlin's city foxes don't have this so-called flight initiation distance. They'll approach a human very closely, and stare him or her in the eye - and so citizens are often worried that something might be wrong with that fox, that it might have rabies, because they're not used to such behavior. 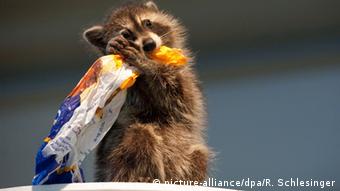 Are there any known cases of foxes in Berlin that have rabies?

No, not at all. Vaccination baits have been put out all over Germany, so there's not a single fox with rabies. The reason that they don't run away from humans is just because they have adapted to city life. If they'd still have their natural flight initiation distance, they wouldn't survive in the city, as they'd encounter humans and their pets all the time.

So there is no reason to be afraid of them. They've never attacked anyone - and neither have any of the other wild animals in Berlin.

That said, you should still keep a safe distance, as they are wild animals after all, and they could bite or scratch you if you get too close and they feel cornered.

Part of your job is also conservation. Why is it important that we protect wild animals in urban areas?

Animals are part of people's natural experience, including sense of well-being and relaxation. If they were to be gone, all that would be left in the city is the sound of airplanes, cars and trams. And then Berlin would truly feel like a concrete desert.

People love interacting with animals. You wouldn't believe how excited people are when they see a swift for the first time flying in the streets. Or when they spot a pair of kestrels sitting on a steeple and making loud mating calls. Or when a bat is making its round at night in a courtyard. Wouldn't it be sad if suddenly there are no more cheeky Berlin sparrows trying to eat out of your hand? Without these animals, we'd completely lose touch with nature. 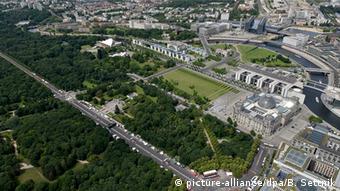 What can we do to protect them?

It's important that we don't just keep building without leaving enough space for animals to survive. Especially the population of small birds like the great tit is rapidly decreasing - because we are overexploiting our green areas, and so the birds have nothing left to eat.

And when one animal dies, like the sparrow for instance, then another animal is going to die too - like the kestrel, which eats sparrows. It's a chain reaction. And eventually, it's going to hit humans too. Conservation is the same as protection of humans. People don't always seem to get that.

Katrin Koch is a consultant for Berlin's wild animal telephone service of the Nature and Biodiversity Conservation Union (NABU).