Is Google selling out for access to China′s massive tech market? | Asia| An in-depth look at news from across the continent | DW | 19.10.2018

As Google looks at developing a search engine censored by Beijing, China's online authoritarianism combined with its development as a global hub for artificial intelligence innovation presents an ethical dilemma. 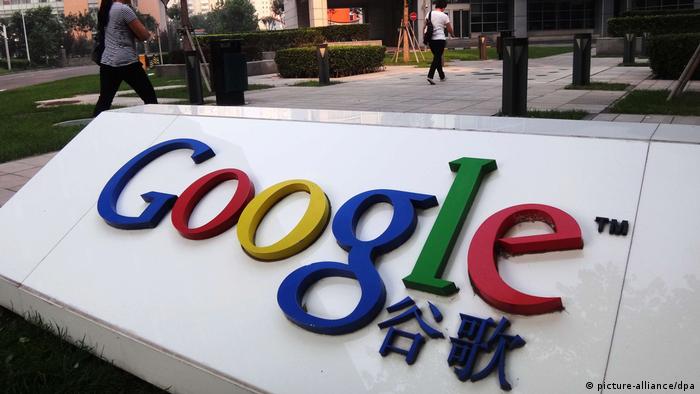 Google's CEO Sundar Pichai on Monday publicly stated for the first time that his company was working on an internal project developing a censored search engine for China.

Speaking at Wired magazine's 25th anniversary conference, Pichai said that considering the size and scale of the Chinese market, Google felt obliged to "think hard" and "take a long-term view" about the company's presence in China.

"The reason we did the internal project was that it's a wonderful, innovative market and we wanted to learn what it would look like if Google were in China," said Pichai, adding that tests showed Google in China would be able to serve 99 percent of search queries.

Rumors of a Sino-centric censored Google search engine emerged in August after Google documents leaked by the investigative website The Intercept indicated that the Silicon Valley tech giant was working on developing a search engine app for China codenamed Project Dragonfly.

Since that time, the company has repeatedly denied that they are close to launching a new product in China. "It's very early, we don't know whether we would or could do this in China," Pichai said on Monday.

Read more: Opinion: The other China

According to the leaked document, Google's new Chinese product would be an Android app that automatically filters terms and websites blocked by Beijing's censorship apparatus known as the Great Firewall.

Google operated a search engine in China from 2006 to 2010, but stopped operations after Gmail accounts of Chinese human rights activists were hacked. Google also refused to censor search results and was blocked. 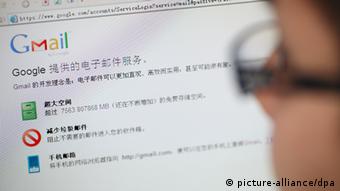 Google operated a search engine in China from 2006 to 2010, but stopped operations after Gmail accounts of Chinese human rights activists were hacked

At the time in 2010, Google was commended by activists for not acquiescing to censorship and rejecting cooperation with authoritarian governments.

"We stopped doing search but didn't completely exit the country," said Pichai on Monday, adding that Android is a popular operating system in China. "We are in the market," he said.

Pichai did not mention that Android devices in China do not run Google services. The Google Play Store has been effectively blocked; instead Chinese developers like Baidu and Tencent offer services for Android devices. This shuts Google out of China's burgeoning multibillion dollar app market.

Although Google did not announce formal plans to launch Project Dragonfly, the suggestion of Google coming back to China with a censored search engine app generated massive criticism from lawmakers, human rights activists and Google employees.

An open letter to Google signed by multiple organizations, including Amnesty International and Reporters Without Borders, commended Google employees for alerting the public to Project Dragonfly, while demanding explanation for Google's apparent about-face on cooperating with Chinese censors.

"If Google's position has indeed changed, then this must be stated publicly, together with a clear explanation of how Google considers it can square such a decision with its responsibilities under international human rights standards and its own corporate values," the letter said.

In his talk on Monday, Pichai said that Google must "balance a set of values" with providing access to information, adding that the company must "follow the rule of law in every country."

However, in China the rule of law is relative to the discretion of the Communist Party, which very clearly outlines its idea of what information should be available online to the public and what constitutes a violation of the country's strict "cybersecurity" laws.

Censored material in China could include anything from information on human rights violations and historical events to dissenting political opinion, news, free speech, sexual content and religion.

Smith speaks publicly using a pseudonym and he told DW that Chinese censors "redraw the lines of acceptable discourse on a daily basis" in a balancing act between the demands of the Chinese leadership and the impulse of the Chinese people to seek out information.

"The authorities mostly get this right, from their perspective," said Smith, adding that when they get it wrong, missteps include "mass incarcerations and arrests and taking unlawful action against the people."

Despite Beijing's rule over cyberspace with an iron fist, growing behind this great digital wall could be the world's largest potential market for artificial intelligence (AI). Indeed, Beijing's official policy is that China becomes the global leader in AI innovation by 2030.

Beijing's big plans for AI innovation were spelled out clearly in July 2017, when China's State Council released the "Next Generation Artificial Intelligence Development Plan," which specifies how the entire force of the Chinese government apparatus, from education to infrastructure, will be applied to AI development.

A 2017 report released by the US-based think-tank Eurasia Group and the Chinese AI venture capital firm Sinovison identifies four categories of AI that developers, including those in China, are pursuing. Applications range from data-driven apps, to deep machine learning and automated factories and vehicles. The report also points out that between 2012 and 2017, there were over $4.5 billion (€3.9 billion) worth of investments in over 200 Chinese AI startups. China's plan calls for its AI industry to grow to a value of 1 trillion yuan ($147 billion, €127.8 billion) by 2030. 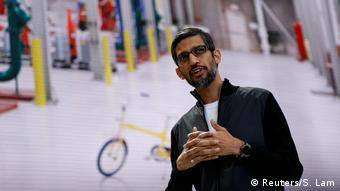 The report points out that Google currently employs 50 of the world's top 100 AI developers.  And China is by far the world's largest mobile internet market, with 1.39 billion mobile phone subscriptions as of 2017, giving the market a huge advantage in user data, a key component of developing AI-based consumer technology.

Paul Triolo a technology expert at Eurasia Group who co-authored the report told DW that accessing this user data is crucial to developing AI applications, and although Google and Western tech companies cooperate with Chinese researchers, censorship prevents major platforms on both sides from sharing data.

"AI development in both countries will end up working from very different data sets and it will be hard to use certain types of AI algorithms across markets," said Triolo.

"I don't think the question is if an authoritarian state and an innovation culture can coexist, but rather what could China produce if authoritarian controls were not in place?" said Smith. "What if innovators had full access to whatever information they wanted, at whatever time? What if those who are pursuing innovation never had to worry about treading carefully, so as not to offend the authorities?"

"Acess to search data will assist with Google’s AI development, depending on what applications we are talking about, and a return China's market would potentially over time open up other doors, including in areas such as autonomous vehicles and digital mapping," said Triolo.

Read more: Trump's China trade dispute: Is it a war for tech supremacy?

In September 2018, former Google CEO Eric Schmidt predicted that within 15 years, the internet would be split, with one led by China and the other by the US. This idea is also known as "internet balkanization" or the "splinternet."  With China's massive scale and control over information flows, its online market could be very attractive to outsiders.

Kai-Fu Lee, Google's former director of operations in China and founder of Sinovision, said in an April 2018 interview with Wired, that, "Chinese users are willing to trade their personal privacy data for convenience or safety."

"It's not an explicit process, but it's a cultural element," Lee said.

Michael Keane, a professor of Chinese media at Curtin University in Perth, Australia, told DW that although the idea of a Chinese internet may not sit well in the West, Chinese platforms have global reach and foreigners are happy to be part of them. "Google probably wants to be in China because of the AI relationship, rather than fighting the Chinese." 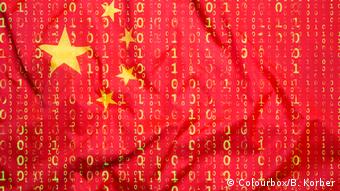 In October 2017, Google took a step toward re-entering China's internet market with the introduction of the AI software TensorFlow, which enables the building of AI applications by small organizations and businesses. In December 2017, Google opened the first machine-learning research lab in Asia, the Google AI China Center, located in Beijing.

"Censorship plays a big role in all of this in both limiting what information the Chinese can access and by also clearly spelling out what topics are off limits," said Smith.

"These are the types of issues that companies like Google simply don't take into consideration. By entering China with a self-censored product, they are not making it any easier for the Chinese to access information," he said. "On the contrary, they are just another company who agrees to work with the Chinese authorities to limit access to information."

"In the minds of Google's leadership, China seems like the ideal solution to satisfy shareholder appetite," said Smith.

The two internet giants have struck a patent-sharing agreement and want to collaborate in developing new technologies as Google looks for ways to expand in China where many of its products are blocked by regulators. (19.01.2018)