The Chinese president has called for nations to respect borders when it comes to establishing a "common future" online. But he said China will not close its door to the internet, signalling a new policy in the making. 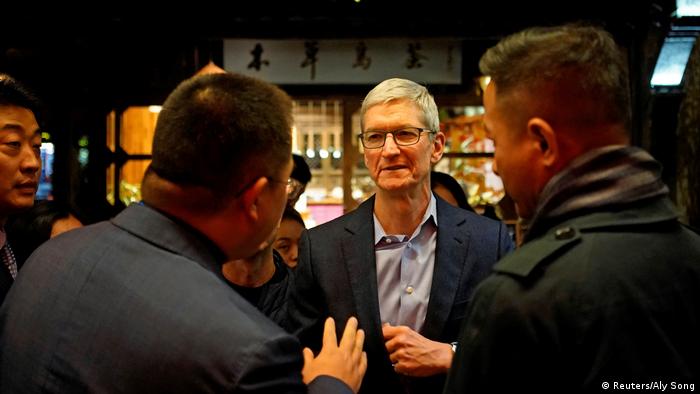 Chinese President Xi Jinping on Sunday urged executives in the tech industry to "respect cyberspace sovereignty" during the keynote speech of the three-day World Internet Conference in the city of Wuzhen.

Digital rights groups have accused China of implementing a policy of censorship on the internet in the country by blocking access, saying it masks such practices by insisting on a policy of "cyberspace sovereignty."

While China hosts more than 731 million internet users, several foreign websites and online services, such as Facebook and The New York Times, have been banned in the country.

However, Xi said that as the globe becomes increasingly interconnected with growing access to the internet, China will be a partner in establishing a "common future."

"Building a community of common future in cyberspace has increasingly become the widespread common understanding of international society," Xi said. "China's door to the world will never close, but will only open wider."

"The heavily manipulated online environment still provides more space for average citizens to express themselves or criticize the state than any other medium in China," the report said.

"But digital activism has declined amid growing legal and technical restrictions as well as heavy prison sentences against prominent civil society figures."

However, some view Xi's remarks as a positive sign of China's leadership role in developing the future of the internet.

"Xi recognizes that there are many challenges ahead of us such as security problems and privacy protection. Today it's not possible to discuss future policy and regulation of the internet without China," Gambardella said. "Xi's words show that China is very keen to work with other countries to discuss the challenge and to cooperate."

This year also marked the first time major US tech executives were invited to the conference, with Apple's Tim Cook and Google's Sundar Pichai in attendance.