China′s internet crackdown reaches new level of restriction | Asia | An in-depth look at news from across the continent | DW | 01.08.2017

Foreign VPNs have been removed from China's Apple stores, WhatsApp messages are being filtered and a massive censorship campaign scrubbed social media of Liu Xiaobo. What is happening to the Chinese web? 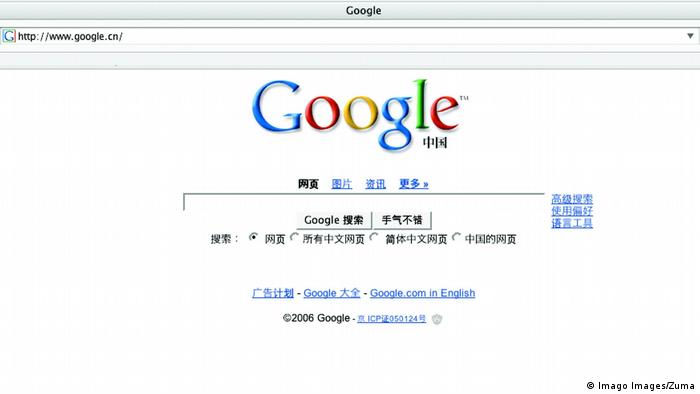 Beijing's censors are busy adding more bricks to the "Great Firewall of China" - a popular term for the widespread use of online censorship in the country run by the Communist Party.

Over the weekend, Apple confirmed that it had removed foreign Virtual Private Networks (VPNs) from Apple online stores in accordance with Chinese government regulations passed in January stipulating that all VPNs in China require a government license.

The social media behemoth has reportedly developed a software tool that is able to suppress users’ posts in China - a possible first step toward convincing Beijing to allow Facebook to re-enter the Chinese market. (23.11.2016)

Winnie-the-Pooh banned in China for resembling the president

Pooh Bear went missing on Chinese social media, most likely because he looks so much like one of the country's most powerful men - President Xi Jinping. (19.07.2017)

As part of a heavy-handed crackdown on foreign media, Apple has complied with a request from unnamed Chinese authorities to remove two New York Times apps from its app store in China (05.01.2017)

It is an important year for Chinese President Xi Jinping, who is consolidating his influence for long-term control of the Communist Party. But China expert Willy Lam explains why Xi's ambition may be bad for the country. (02.03.2017)

VPNs redirect a user's online activity through another network and permit access to restricted web content. Without using a VPN, internet users in mainland China cannot access many foreign websites like Facebook. Critics have accused Apple of bending to pressure from the Chinese government.

"Our preliminary research indicates that all major VPN apps for iOS have been removed," ExpressVPN, a major VPN provider in China, wrote in a statement released Saturday.

"We're disappointed in this development, as it represents the most drastic measure the Chinese government has taken to block the use of VPNs to date, and we are troubled to see Apple aiding China's censorship efforts," it added.

"We received notice of Apple's removal of VPN apps around 4:00 am GMT on July 29, 2017 through iTunes Connect, which is Apple's tool for developers who have made apps available for download through the App Store," an ExpressVPN spokesperson told DW in a written statement.

"ExpressVPN remains focused on ensuring users can continue to connect securely and reliably, no matter where they are located. Users in China can continue to stay connected to the open internet with ExpressVPN's apps for Windows, Mac, Android, and other platforms," the spokesperson stated.

"Those in China wishing to connect with iPhones or iPads can download the ExpressVPN iOS app from a different country's App Store - they simply need to register an additional App Store account with a billing address in a country of their choice, with no corresponding payment method needed."

Without the use of VPNs, most of the internet will be off-limits to China, home to the world's largest number of internet users. Apple also recently announced it would be building a data center in China to comply with new cybersecurity laws.

The restriction on VPNs is the latest in a series of internet curtailments that have been rolled out by Beijing in only the past month. One of the most glaring cases followed the death of Chinese dissident and Nobel Peace Prize laureate Liu Xiaobo on July 13. It was widely reported that Chinese censors actively blocked any discussion of Liu on Chinese social media. 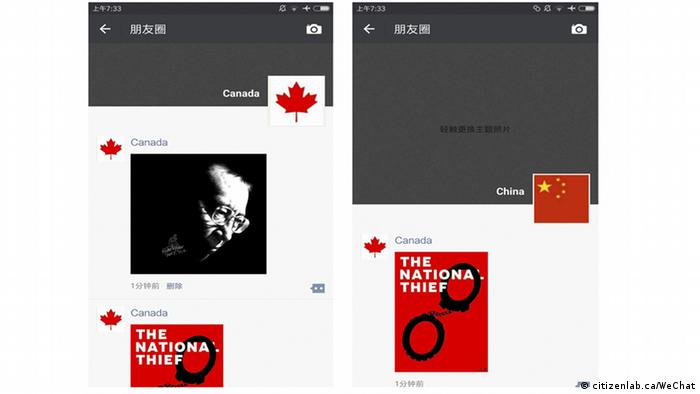 The Citizen Lab, an interdisciplinary laboratory based at the Munk School of Global Affairs at the University of Toronto,analyzed the censorship of commemorating Liu, both on the popular Chinese messaging app WeChat, and the Weibo search engine.

Their findings showed that censors are increasing the breadth of censorship, even blocking images in one-on-one and group chats for the first time, in addition to filtering text messaging.

"It's important to understand how censorship of social media works in China. Companies are held responsible for content on their platforms and are expected to dedicate resources to ensure compliance or face penalties," he said.

"The government effectively offloads the responsibility for content control to the private sector, creating a system of 'self-discipline.'"

Crete-Nishihata added that research has shown that social media companies have flexibility in deciding how to implement official controls.

"This situation leaves companies in a balancing act between growing their business and attracting users, all the while staying within the lines set by the government," he said. "Social media platforms in China generally block content through a combination of automated filters and review teams that manually inspect content."

In the case of commemorating Liu Xiaobo, Citizen Lab was able to determine that censors were working in real time to filter out all mention of Liu's name and legacy from WeChat, the most popular messaging platform in China with an estimated 889 million monthly users.

"The death of Liu marks a particularly critical moment for the Communist Party of China," said Crete-Nishihata, pointing out that the 1989 Tiananmen Square student protests grew out of a public mourning of Hu Yaobang, a former Communist Party general secretary who had been purged after falling out of favor with powerful party officials.

"Like Hu, Liu was a popular symbol of political reform and freedom, and his death could potentially rally the public to mourn or cause embarrassment to the authorities," added the expert.

"While it is not known what specific directives may have been sent down from the government, given the high sensitivity of Liu's death, it is likely companies received instructions on how to handle it or may have proactively sought out official guidance."

No app is safe

Shortly after commemoration of Liu's passingwas scrubbed from the Chinese web, WhatsApp, the Facebook-owned messaging service, experienced disruptions in service for the first time. Facebook has been blocked in China since 2009, but WhatsApp has been able to function in the country. But on July 18, it was reported that WhatsApp users in China could no longer receive photos and videos. Text messages were still getting through.

Experts told the Associated Press that it appeared China was blanket blocking all video and photo content because they could not selectively block content as they did on Chinese-based WeChat.

Crete-Nishihata from Citizen Lab said that there was no evidence of WhatsApp cooperating with the Chinese government for content filtering. "WhatsApp is end-to-end encrypted, meaning that messages are only readable to the users in a conversation," said the expert. "WhatsApp services being disrupted in China appears to have been done by WhatsApp servers being blocked by China's national web filtering system."

Read:Winnie-the-Pooh banned in China for resembling the president

Clean-up before the congress

Experts also point to the upcoming 19th Chinese Communist Party Congress as a reason behind Beijing's ramped-up control of online information and communication.

For example, before and during the last party congress in 2012, there was an increase in online censorship, including a blockade on Google and Western media websites.

"The upcoming party congress is another example of an event that is sensitive to the Communist Party of China," said Crete-Nishihata. "It is likely that in the lead up to the party congress we will see tightened restrictions and blocking of content related to party leaders, especially Xi Jinping and anything that may be perceived as harming his reputation."