Today, half the world's electric cars are on Chinese roads: the country is set on becoming the world's technology and market leader. Germany, as a leading research location, could profit greatly from that ambition. 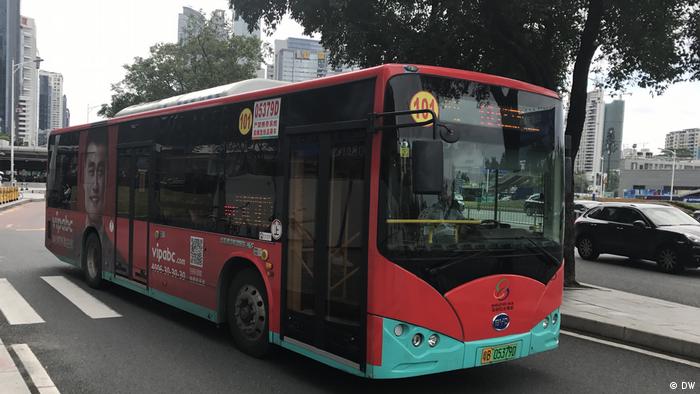 One of Shenzhen's electric buses, with which the city completely replaced combustion engine buses in October 2017

There is a name for e-mobility in China: Shenzhen. The southern Chinese metropolis – home to 12 million residents – is located near Hong Kong. It is also the first city in China to be serviced exclusively by electric buses.

According to local press sources, by October, at almost the same time that the UN climate conference COP-23 kicked off in Bonn, Germany, all of the cities 15,000 buses had been converted to electric power. The city's transport authority says that this will save some 1.18 million cubic tons of greenhouse gas emissions each year. Shenzhen's taxis are also scheduled to be converted to electric by the year 2020. In order to make electric autos visible in traffic, China has introduced green license plates (see title image) for them; internal combustion vehicles in China have blue plates.

China is the world's second-largest producer of environmentally harmful carbon dioxide (CO2) gases, behind the USA. China's 300 million internal combustion automobiles (Q1/FY-2017) are a major contributor to that number. Nevertheless, the world's automobile manufacturers are still convinced that China will remain their top market far into the future. Transportation accounts for roughly 21 percent of the world's CO2. 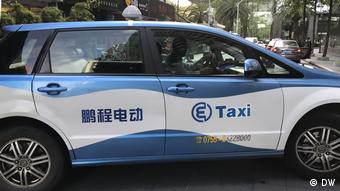 The pollution that vehicles cause has alarmed the highest levels of the Chinese government. "We must enact the strictest environmental measures," said Chinese President Xi Jinping when he addressed the 19th National Congress of the Communist Party of China in late October. "We want to build a beautiful country and contribute to 'global environmental security,'" added Xi.

According to official statistics, some 320,000 electric automobiles were licensed in China in 2016. Seventy-five percent of those were solely electric, the rest hybrids. Chinese auto dealers sold 195,000 electric autos in the first half of 2017.

It is not surprising that BYD, the world's largest producer of electric automobiles, is headquartered in Shenzhen. Patrick Oosterveld, BYD's European sales director, told participants at the first Chinese-German automobile industry summit that 13 percent of the world's electric autos are built by BYD when he addressed them in September. He went on to say that 129 BYD busses are already in service in a number of major European cities.

UN climate conference host Bonn tested four such BYD busses under normal operating conditions for a month back in 2013. Although the overall result was satisfactory, the city's utility services decided to order its new buses from the German-Turkish manufacturer Sileo.

But BYD did not view the decision as a setback. The Chinese company is intent on offering manufacturing and service in Europe. In April 2017, BYD opened its first European factory for e-buses in the Hungarian city of Komarom, located between Budapest and Vienna. BYD e-buses are also scheduled to roll off the assembly line in France's Hauts-de-France region in 2018. The new factory will be able to produce up to 200 buses annually. More service and replacement parts facilities are to follow. 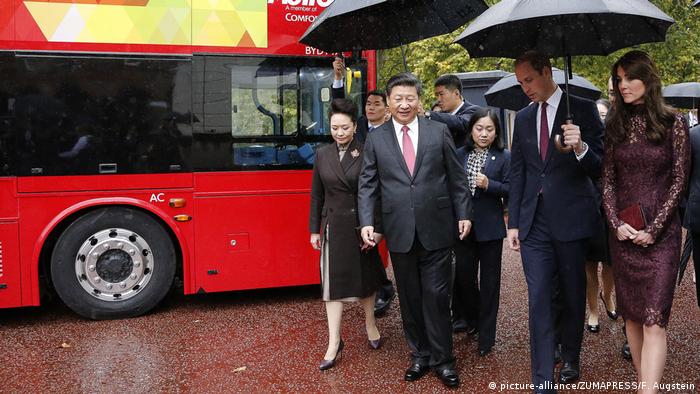 Chinese President Xi Jinping and his wife Peng Liyuan with the Duke and Duchess of Cambridge in London, 2015

Read also: Is child labor the price for e-cars?

Chinese experts are always looking for better e-mobility solutions. The most important areas of interest are battery technology, motor management and lightweight construction, said Wang Zidong, China's top researcher for battery technology, at a specialist conference in Germany. Wang heads Beijing's automobile battery test facility and is also a board member at BYD.

Germany, in his opinion, is the ideal partner. The battery research institute MEET at the University of Munster in the German state of North Rhine-Westphalia (NRW), for instance, has gained an excellent reputation around the world for its work in the field. NRW Economic Minister Andreas Pinkwart assured attendees at an economic forum with 500 Chinese firms that new e-mobility concepts represented a great opportunity for German and Chinese businesses. "We must continue to work together to find innovative solutions and take full advantage of all the opportunities that this will afford our global players, our medium-sized companies, start-ups and universities," said Pinkwart, who is a former teacher himself.

China, too, is looking to stand shoulder to shoulder with Germany and it has the best advocate for cooperation in the person of Wan Gang. The Chinese minister of science and technology received his doctorate degree in Germany and also worked for a German car manufacturer for several years. Wan returned to China in 1999. His research project at the time: e-mobility.

The German Transport Ministry hid CO2 emissions test results and encouraged carmakers to exploit loopholes in climate target regulations, according to a magazine report. The ministry has failed to release the data. (18.11.2016)