China has set a 2019 deadline for global carmakers to meet new quotas for so-called New Energy Vehicles (NEVs), meaning their annual sales in China must hit a specific threshold of electric cars or plug-in hybrids. 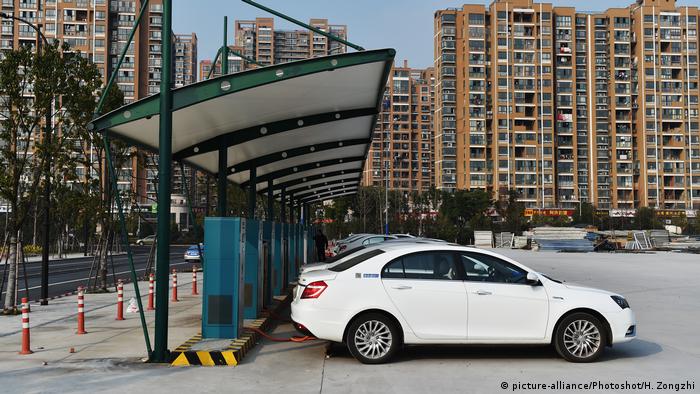 China will require automakers to comply with a cap-and-trade auto emission rule starting from 2019, the Ministry of Industry and Information Technology announced on Thursday. Car companies with annual sales of more than 30,000 vehicles would have to meet a quota of 10 percent being New Energy Vehicles (NEV's), meaning all-electric battery vehicles or plug-in hybrids, it said in a statement.

That level would rise to 12 percent of sales in 2020, the ministry added, and automakers which weren't able to meet the quota would have to buy credits.

The quota comes as China is attempting to curb air pollution and close a competitive gap with conventional carmakers by fostering electric mobility. It has set a goal for NEVs to make up at least a fifth of Chinese auto sales by 2025.

Originally, Beijing planned for a quota of 8 percent to be introduced in 2018. But global automotive manufacturers wrote to the Chinese authorities in June, saying the quota was "impossible" to achieve and urging a softening of the proposal.

The June 18 letter was the most cohesive pushback yet from the industry against ambitious NEV targets in the world's biggest auto market. The strict new rules also included harsh penalties for non-compliance, such as the cancellation of licenses to sell non- electric cars in China.

"At a minimum, the mandate needs to be delayed a year and include additional flexibilities," auto industry officials demanded.

They also called for equal treatment of Chinese and foreign makers. Currently foreign carmakers are excluded from getting full subsidies for NEV's and batteries, leaving foreign manufacturers at a disadvantage.

Chinese manufacturers are the biggest producers of electric vehicles worldwide, making 43 percent of the total last year, according to consultancy McKinsey & Co.

European carmakers such as Daimler have responded to the Chinese proposals by announcing plans to ramp up local production of electric cars. US e-car pioneer Tesla said it was in talks with the Shanghai Municipal government to try to avoid a 25 percent tariff on imported vehicles.

Foreign manufacturers also wanted more credit given to plug-in hybrid cars, and for carmakers to be allowed to "bank" credits accrued from already sold cars as well as to "carry forward" credits into subsequent model years.

It wasn't immediately clear from the Ministry's statement whether those demands would be met in the new legislation.