The world's biggest mining company has forecast growing demand for its raw materials as 2017 looks set to be the "tipping point" for electric cars, and China's Belt and Road initiative will boost global iron ore demand. 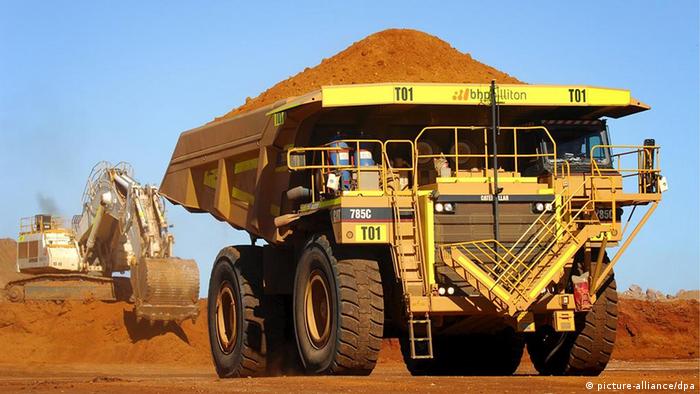 BHP Billiton's Chief Commercial Officer, Arnoud Balhuizen, said on Tuesday that 2017 would come to be the "tipping point" for electric vehicles, boosting demand for commodities, mainly for copper and nickel.

"I think if we look back in a few years we would call 2017 the tipping point of electric vehicles," Balhuizen said at an event in Singapore, organized by the news agency Reuters.

Electric cars add up to roughly 1 million, out of a global fleet of closer to 1.1 billion. But BHP forecasts that figure could rise to 140 million vehicles, or 8 percent of the global car fleet, by 2035.

"Industry forecasts are catching up, the overall consensus is becoming greener," he said.

According to BHP forecasts, the impact of the change would be felt first in copper, where supply will struggle to match increased demand due to hardly any new discoveries in the last two decades.

The market, Balhuizen noted, may have underestimated the impact on copper demand of what would be a dramatic change, given fully electric vehicles require four times as much copper as cars that run on combustion engines.

For oil, though, the impact of the electric car boom may take longer to be felt, because the BHP official said he expected improvements in the internal combustion engine over the next 10 to 15 years.

China's efforts to build a new Silk Road are another major factor influencing demand for metals in the near term, according to BHP. The country's ambitious "One Belt, One Road" initiative could result in additional steel demand of 150 million tones.

China's president Xii Jinping has unveiled a plan to revive the ancient trade rout and tie China closer to over 68 regions and countries in Central Asia, Southeast Asia and the Middle East.

Demand of 15 million tones of steel per year would be met by China's steel mills as only 10 of the 68 countries covered by the project were net steel exporters, the BHP official said. "We don't think China's steel [demand] has peaked, this will support some of that," he added.

The battle over steel

Global battle over steel heats up